Rock reaches the end of the trail

Well, we’re reaching the end of the trail of our look at the Westerns of Rock Hudson. He’d started with small parts in some good ones, directed by Anthony Mann, and had graduated, with Raoul Walsh, to leading in 1953. But he was unhappy with Douglas Sirk’s 1954 oater Taza, Son of Cochise, which he described as “crap”, and thenceforth tended to avoid our noble genre (sadly, because he was pretty good in it) with a couple of exceptions: The Last Sunset, a Kirk Douglas production, in 1961 and then paired with John Wayne in The Undefeated, which he also described as “crap” (he seemed fond of the word). It wasn’t all that good, true. And that was pretty well it.

But in the early 70s he saddled up one last time.

Showdown (no relation to Audie Murphy’s oater of the same title a decade before) was quite a glossy picture, 99 minutes of Todd-AO 35 Technicolor with some great New Mexico and Sequoia National Forest locations shot by Ernest Laszlo, no less. This time Rock (now 48) was teamed with Dean Martin – it was Dino’s last Western too.

The plot is that they grew up together and became partners in a ranch but Billy (Martin) left and fell in with some undesirable elements while Chuck (Hudson) stayed and became a lawman. 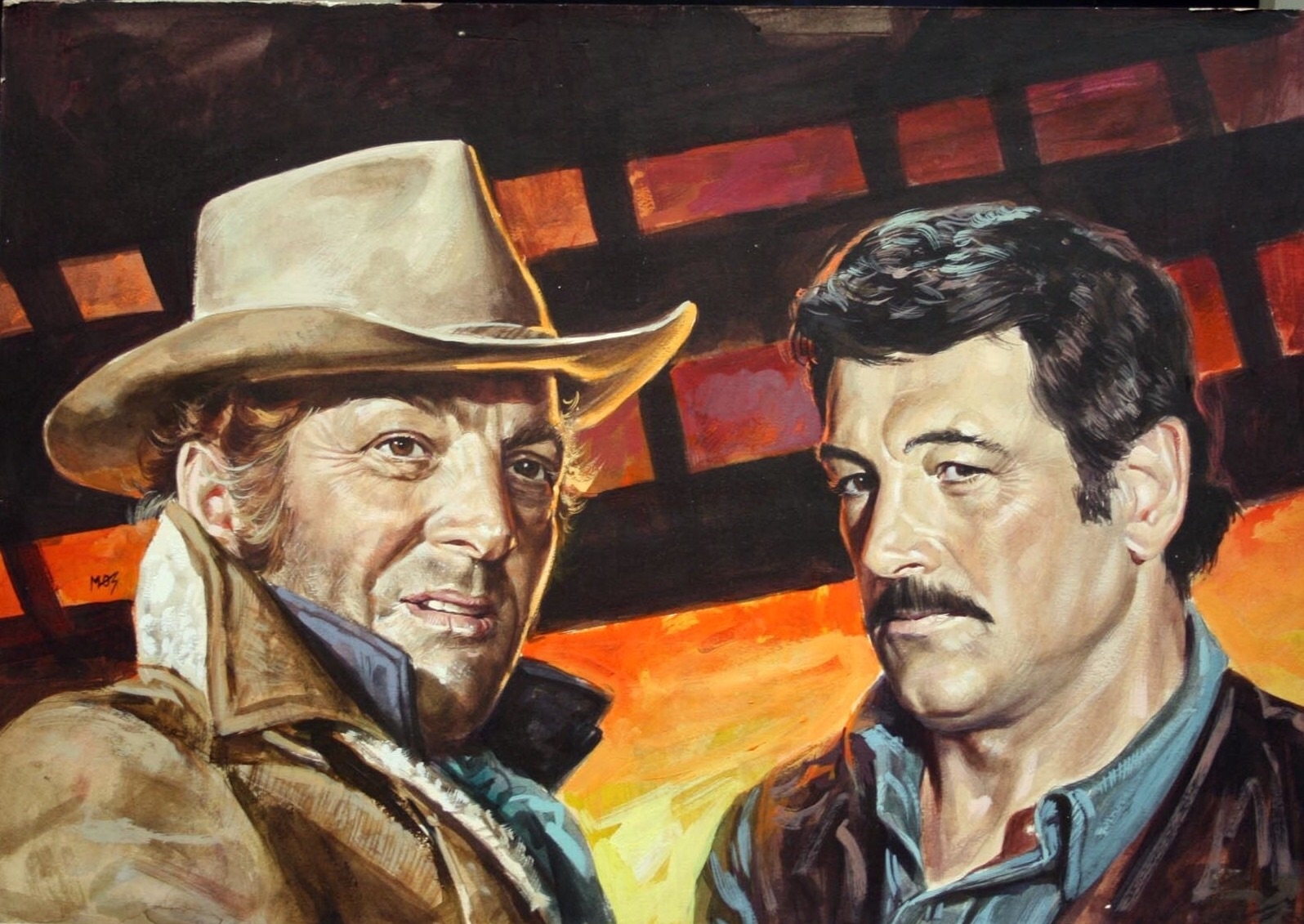 There’s a slight (very slight) Butch Cassidy vibe as both pals exchange badinage and both fall for the same gal, Kate (Susan Clark). But we know, from the title if nothing else, there’s gonna be a final showdown. 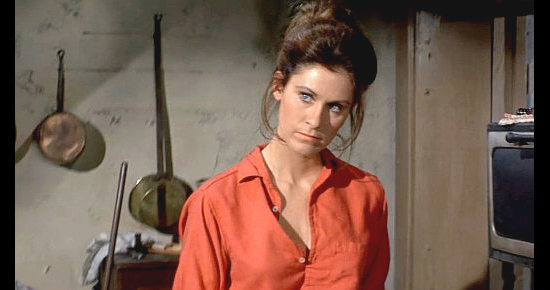 The whole notion of the one-on-one showdown was fundamental to the Western. The plot of the first great Western novel, The Virginian (1902) depended on it and countless movies gave us the last-reel confrontation between goody and baddy as the climax of the picture. Republic released The Showdown (a Bill Elliott oater) in 1950, Louis L’Amour published Showdown at Yellow Butte in 1953, Jock Mahoney won a Showdoan at Abilene  in 1956, Charles Bronson had an indecisive Showdown at Boot Hill in 1958, and Universal put Audie Murphy in Showdown in 1963. And ten years later Universal used the title again, though with a different story, in yet another Showdown.

I don’t remember it, actually, and may not even have seen it at the time (though that would have been odd) but reader John Knight mentioned it in a comment on another 70s Western we reviewed recently, The Culpepper Cattle Company. So I watched this Showdown last night.

Dean Martin will be eternally remembered by Westernistas for his alcoholic deputy in Rio Bravo but for me his best role was as the bad guy in Rough Night at Jericho. It must be said, though, that he was in some pretty weak Westerns over the years (Rock would have described them as crap). But even in the bad ones he was, well, Dino, and you just couldn’t help liking him. The same is true in Showdown. 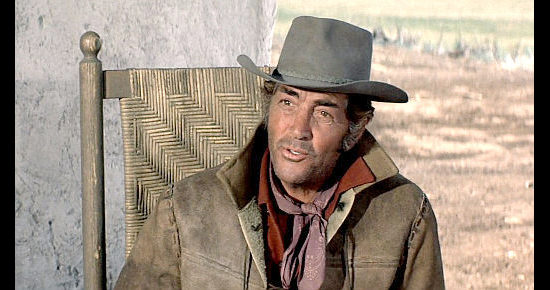 Unlike Etta in Butch Cassidy, though, Kate (Susan Clark), the girl they both fall for, is a rather shrewish wife and a nag. She says she does it because she loves Chuck but it makes her come across as an unsympathetic character.

The director was George Seaton, hardly a name to set the blood of Western-lovers coursing hotly through their veins, but hey. It was the only Western he directed, though he was one of the producers of The Tin Star and also deserves encomiums, panegyrics and paeans from all true Western lovers because he was the voice of The Lone Ranger on Detroit radio station WXYZ, where he claimed to have originated the “Hi-Yo, Silver!” catchphrase because of his inability to whistle. 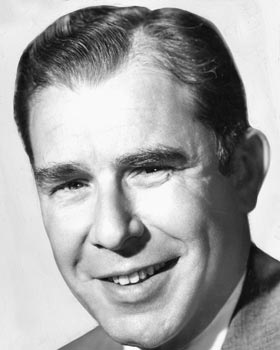 There are occasional black & white freeze-frames which segue into little flashback vignettes as both characters recall their younger days of buddiness. There are probably too many of these, to be honest. They do rather slow the action down.

It’s set very late – Billy tells Kate he has been in Cuba with the Rough Riders – but of course all the clothes and guns are 1870s, as usual. 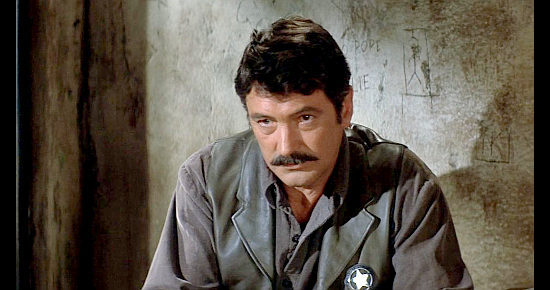 There’s a fair bit of action. Billy uses a derringer at one point. So it has its moments.

John McLiam (who had smallish but memorable parts in six feature Westerns) is good. LQ Jones has quite a big role but is oddly uncredited. 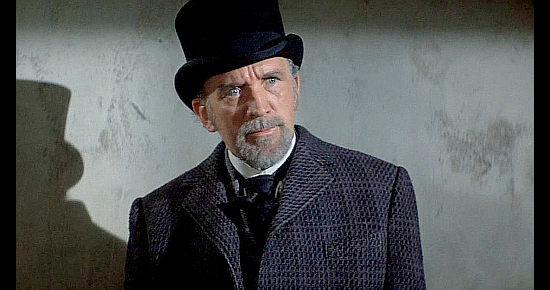 The final showdown is a bit of a cheat, though, because it isn’t a confrontation between Chuck and Billy at all. They in fact unite against the bad-guy accomplices of Billy in that robbery.

It’s harmless enough, no great shakes but perfectly watchable. Dennis Schwartz called it a “Routine western needing some more oats in its feedbag.”

I am told that Rock, in his role as Commissioner McMillan, visits the set of Showdown and interviews director George Seaton about a case under investigation. Curiously, I must have missed that episode.

And Rock rode off into the (last) sunset. You wouldn’t consider him one of the giants of the genre but he had something. He rode well, looked the part and was good as the strong, silent type – the famous man who’s gotta do what a man’s gotta do. I liked him in oaters anyway.