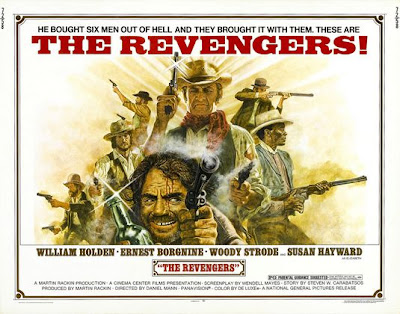 . . The Dirty Half-Dozen . . Ernest Borgnine (replacing Van Heflin on his death) and William Holden were reunited in a Western three years after The Wild Bunch but The Revengers is a pot-boiler by comparison. Not that it’s bad. Directed by Daniel Mann (was he related? There are so many Manns it’s hard to […]