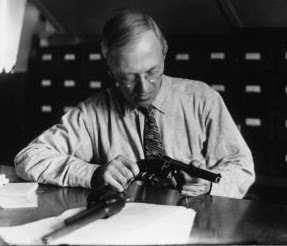 . . Russell Simpson does a Judge Roy Bean act . . Starting in 1904, Clarence E Mulford wrote a series of magazine short stories and popular novels with the central character of Bill ‘Hop-Along’ Cassidy. His hero was a coarse-tongued, dangerous rough but once Hop-Along was transferred to the silver screen, starting in 1935 […]