The Westerns of Burt Kennedy 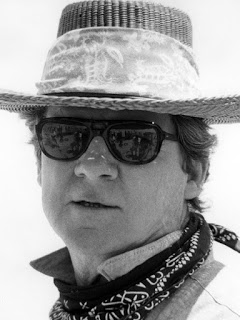 “Burt Kennedy writes Broadway in Arizona.” (John Wayne)   Burt Kennedy (1922 – 2001), pictured below, was certainly a major figure in our beloved genre. He was involved in one way or another (writer, director, producer) in 50 Westerns, 28 of them feature films, and the rest TV episodes of different shows or TV […]