.
.
Bookkeeper with a Napoleon complex
.
.
Gerald Mayer directed an episode or two of Gunsmoke, one of The Virginian, a couple of Bonanzas, a few other TV Westerns, but he wasn’t a ‘proper’ Western director and only did two movies, Inside Straight with David Brian in 1951 and this one.
.
. 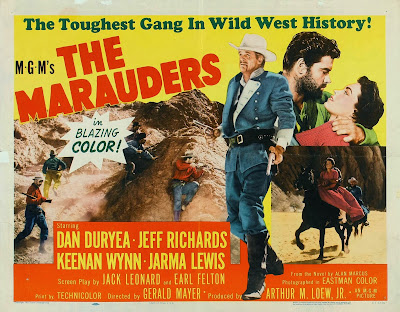 In blazing color, apparently
.
It’s a siege story, with a noble homesteader (Jeff Richards) in a cabin in a claustrophobic box canyon being attacked by the forces of a big rancher (Harry Shannon). After Mr Shannon’s demise, however, his forces are led by a crazed bookkeeper who thinks he’s a general (Dan Duryea). Siege stories tend to be static, studio-bound and slow moving but to this one’s credit it has a fair amount of location shooting and is quite pacey.
It was written by Earl Felton (The Beautiful Blonde from Bashful Bend and Bandido, so a mixed CV) and Jack Leonard (Gun Battle at Monterey). It works, more or less, though is hardly Oscar material.
.
. 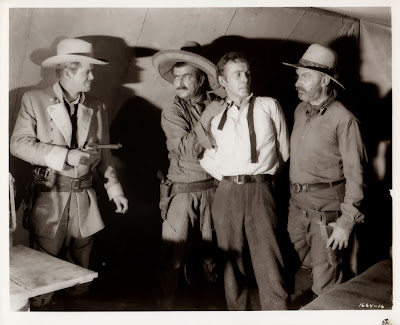 Dan not underacting
.
The trouble is, as it so often was, poor old Dan. Mr Duryea is immensely likeable but I don’t think anyone would ever accuse him of underacting. He plays an accountant who dons a Confederate uniform and fancies himself as Robert E Lee. Unfortunately, he is dangerously ill, almost insane and knows nothing whatever of strategy. Otherwise I suppose he is a great commander.
And there is no other actor of note at all.
.
. 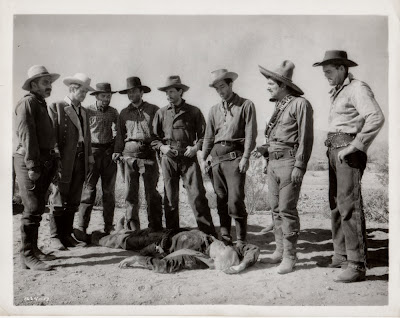 The marauders pause in their marauding to contemplate their dead boss
.
The brave homesteader under siege is played by Jeff Richards from the dud Robert Taylor comedy Many Rivers to Cross and the love interest in the cabin with him is Jarma Lewis who had only been an uncredited saloon dancer in River of No Return. There’s also a small boy (David Kasday). The best actor was probably Kennan Wynn as a man with a hook for a hand known imaginatively as Hook. He’d been in a good number of big- and small-screen Westerns. But really the cast was far from stellar.
.
. 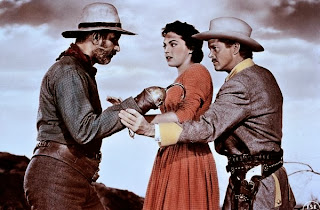 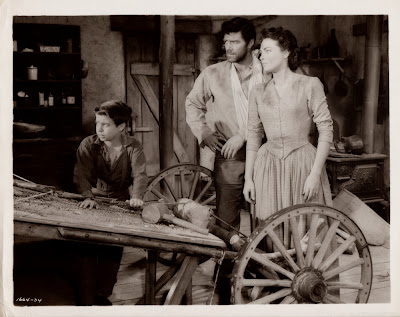 Groovy grenade launcher
.
There are worse ways to spend a wet afternoon. 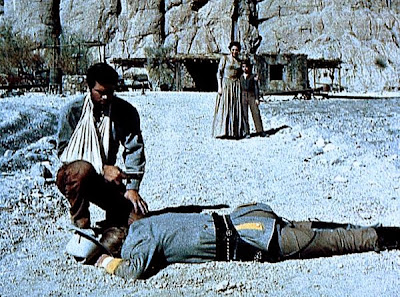 PrevPreviousTrinity is Still My Name (West Film, 1971)
NextRails into Laramie (Universal, 1954)Next

PrevPreviousTrinity is Still My Name (West Film, 1971)
NextRails into Laramie (Universal, 1954)Next
Jeff Arnold © 2022 – All rights reserved – Designed by BetterCallChris
Scroll Up