The Mammoth Book of Westerns

Once upon a time in the West…

The short story has been (and is) a key part of the history of the Western. In the heyday of the mythical West, the 1950s, the short story was king. There were so many outlets for the form, from quality journals like Collier’s or The Saturday Evening Post until their demise in 1957 and 1969 respectively (though they were both later resuscitated) to pulp magazines like Western Story Magazine, All Western, The Argosy and many more. People read short stories. And some of the greatest Western writers wrote them.

Some of these stories were in direct line of descent from the dime novels and serials of the nineteenth century but some were a serious art form produced by masters (and mistresses) of literature.
There was a crossover between the short story and Hollywood: many of the stories were filmed and studios were constantly on the scout for good short stories that would make Western movies.
.
. 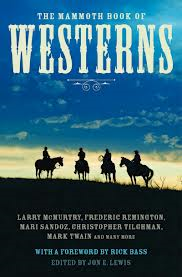 A good collection
.
There have been very many collections of Western short stories in book form and they make an entertaining read today. Put ‘western short stories’ in amazon’s Books search box and stand back. One I have read recently and can recommend is The Mammoth Book of Westerns, edited by Jon E Lewis, with a foreword by Rick Bass (Robinson, 1991).
.
. 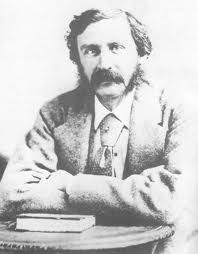 Bret Harte
.
The selection is broad-based, ranging from Bret Harte’s 1868 The Outcasts of Poker Flat (several times a movie) and an extract of Mark Twain’s 1872 Roughing It (hardly a short story, but still) and Rick Bass’s 1995 Days of Heaven. So a wide range of dates and also a broad-church interpretation of what makes a Western.
.
. 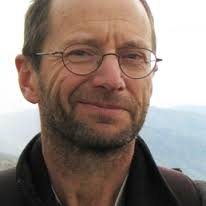 Some of the later ones are contemporary stories set in today’s West or the recent past. The Bass example is an ecoWestern. You really want the central character in Tilghman’s story to succeed in his quest. William Kittridge’s The Waterfowl Tree is a bird-hunting/coming of age story. Larry McMurtry’s There Will be Peace in Korea was a sort of Silver Rock meets The Hi-Lo Country. Ish. Are they Westerns? Maybe.

Walter van Tilburg Clark
.
O Henry’s original Cisco Kid story The Caballero’s Way (1904) makes fascinating reading for those who have seen the various movies and TV shows. Sidekickless Cisco is a heartless villain. Max Brand, Zane Grey and Ernest Haycox are of course represented, by Brand’s Wine on the Desert (1936), a serves-him-right tale; Grey’s The Ranger (1929), much more modern in style than Riders of the Purple Sage and quite noticeably racist even for those days; and Haycox’s straight lawman/outlaw pursuit tale – though very well done – When You Carry the Star (1952).
Another famous example of the genre is chosen, Dorothy M Johnson’s A Man Called Horse (1953), which is a lot better than the 1970 film. There’s some Mari Sandoz (River Polak, 1959; I thought it was very poor) and a Willa Cather (On the Divide, 1896, slightly weird, though I like her work generally). Jack Schaefer is represented by a sodbuster story Emmet Dutrow, 1953 and Stephen Crane by the marshal/badman story The Bride Came to Yellow Sky (1898) – filmed in 1952. What a very great writer he was. Bizarrely, perhaps, the story also inspired a 1967 opera, by Roger Nixon. But then I guess if Puccini can do The Girl of the Golden West and Copland a ballet on Billy the Kid…
.
. 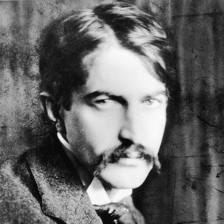 Stephen Crane
.
There are some Army stories: Desert Command (1980) by Elmer Kelton, which is OK if you like Elmer Kelton, though again it’s an extract from a novel rather than a short story per se, a grueling tale about a black man made corporal; Wayne D Overholser’s Beecher Island (1970), a fictional reconstruction of the fight of September 1868, and well done; and a typical James Warner Bellah story, Command (1946) which features the rather pompous Nathan Brittles and later, though much changed, formed part of the basis for She Wore a Yellow Ribbon (RKO, 1949).
But many of the stories are lesser known (to me anyway) and interesting for that. One of the great advantages of these collections is that it leads you to order other stories by authors you didn’t know, or had heard of but hadn’t read. I liked the Leslie Marmon Silko tale The Man to Send Rain Clouds (1969), a New Mexico yarn told from the American Indian standpoint. I have been meaning to read her for some time. Another Indian POV story is Great Medicine (1953) by Steve Frazee, which tells of how a Blackfoot sees white men – very good.  I also really liked Loren D Estleman’s The Bandit. The old timer reminded me a bit of Emmett Dalton. But the ending is utterly tragic.
.
. 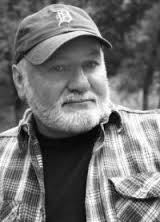 Loren D Estleman
.
There are other stories, 35 in total; I haven’t mentioned them all. But while in any collection you’ll get some you don’t rave about, I must say that the majority here are very good and the choice is well made.
Rick Bass in his foreword says that there are really only two stories in the world: a person goes on a journey or a stranger rides into town. If that is so, and it may be, the West (of reality and of the imagination) seems the ideal place to set a story.
Jon Lewis in his introduction says “No other country has a Western.” In a way that’s wrong: the British had their North-West frontier and Zulus, the French had their legionnaires and the Russians had Siberia. And so on. But essentially Lewis is right. The Western story (in print or celluloid) is an essentially American art form. It has been despised as mere pulp fiction. Well, some of it was. As we said earlier, and as Richard Etulain says in his very good book Tellin Western Stories (see our review) Western short stories were a Darwinian evolution of the dime novel and penny dreadful. But some of them were wonderful.
If you have a favorite collection, leave a comment and let us know. Always good to hear of another one. Happy reading, e-pardners. 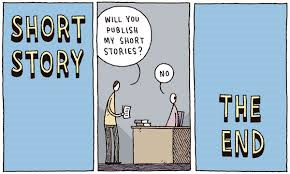 PrevPreviousMarshal of Gunsmoke (Universal, 1944)
NextThe Man from Nowhere aka Arizona Colt (Leone/Orphée, 1966)Next

PrevPreviousMarshal of Gunsmoke (Universal, 1944)
NextThe Man from Nowhere aka Arizona Colt (Leone/Orphée, 1966)Next
Jeff Arnold © 2022 – All rights reserved – Designed by BetterCallChris
Scroll Up