Another Western which (presumably) ought to have had a comma in its title, this was Joel McCrea’s penultimate oater. Actually, it’s stretching it a bit to call it a Joel McCrea Western at all. He only appears very briefly at the start and at the end. He has a flashback, you see, to an adventure he had as a young man, and the young man, for 99% of the film, is played by his son, Jody (1934 – 2009). Fair enough. You have to support the family business. Still, though, Joel should really have gone out, as his friend Randolph Scott did, after their magisterial performances in Sam peckinpah’s magnificent Ride the High Country in 1962. The two pictures Joel did afterwards were inevitable anti-cimaxes.
When Mr McCrea Sr does appear he looks just the same, though. What a fine Western hero he was! He was 65 but still looks handsome and noble.
.
. 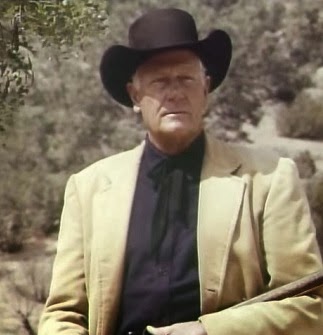 Joel McCrea
.
It was Jody’s movie. He was producer too. Westernwise, he was in all those Wichita Town episodes with his dad and in a few other TV shows but he came too late to the genre really and never distinguished himself in the saddle as his father did.
.
. 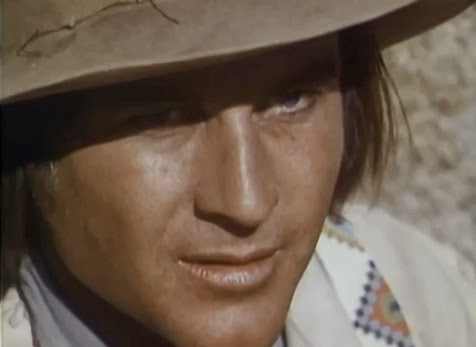 Jody McCrea
.
The movie is a Victorio story. Well, the main Indian character is called Vittorio anyway, though he could have been any Apache. It’s set quite early: they have early nineteenth century clothes (though it’s 1970 so Jody’s pants are flared) and single-shot flintlocks. That’s fair enough. Vittorio looks young and he was born about 1825.

It’s a straight pursuit/revenge drama. Some lowlife whites (Jody is with them but being a McCrea is nobler than thou) brutalize some Apaches and force the only survivor, Marie Gahva, to lead them to where gold can be found. This she duly does (though it may be a wild goose chase); meanwhile Vittorio (Dan Kemp, looking a bit like Chuck Connors) follows and with his Injun wiles picks off the white-trash bad guys one by one.

One of the aforesaid WT bad guys is the director, Jack Starrett, who, IMDb tells us, “specialized in making hugely enjoyable down’n’dirty low-budget drive-in exploitation pictures”. He plays a scumbag preacher. He goes loopy at the end and thinks the Apache come to kill him is the Lord. The gambler Two-Card Charlie (Robert Tessier, also 2nd Unit director and stuntman) comes to a grisly end involving a serpent. Well, they all come to grisly ends, really, and serve them right too. Except Jody.
.
. 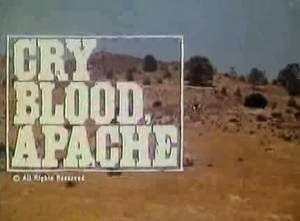 Skippable. Though at least it had a comma.
.
The whole movie has a cheap Italian western vibe, which is probably explained by the above-mentioned down ‘n’ dirtiness. There is a lot of irritating hand-held camera work, loads of Italian-style close-ups, dodgy dialogue, lack of originality, and bad sound. Spaghetti all’americana.

It was shot in Arizona and in the Sequoia National Forest in California. Some of the settings are attractive. But the Bruce Scott photography is, as I say, poor.
The fights are bad.
You’d have to watch this if you were a hopeless Joel McCrea addict (oh, you too?) but, honestly, for no other reason.
.
.
In his film bio of Joel McCrea, Tony Thomas says, “With a muddled plot and a cast of unsympathetic characters, Cry Blood, Apache failed to win many bookings and soon drifted into film oblivion, taking with it Jody McCrea’s last major stab at a film career.” 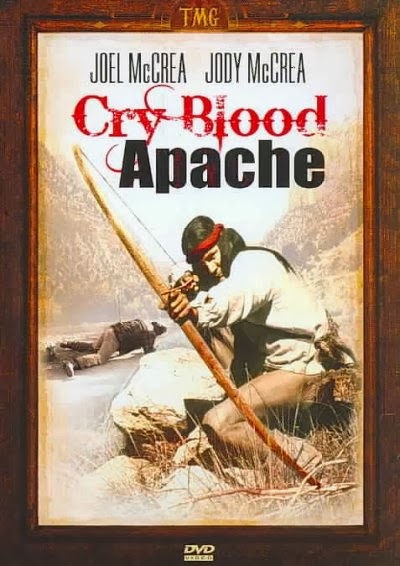 Plenty of better Western DVDs to get instead
.
PrevPreviousSalome Where She Danced (Universal, 1945)
NextAl Sieber in fact and fiction: part 1/2: the factNext

PrevPreviousSalome Where She Danced (Universal, 1945)
NextAl Sieber in fact and fiction: part 1/2: the factNext
Jeff Arnold © 2022 – All rights reserved – Designed by BetterCallChris
Scroll Up