In this, Van Heflin’s eighth Western (of thirteen), he plays a soldier, Luke Fargo, home from the Civil War and determined to be a preacher. It’s difficult for various reasons: for one thing, his uniform is blue and it’s a Southern town. He is hated, and the chances of success are slim. The church has burned down, too. His pre-war reputation was that of a rake. He seems to have overlooked the formality of getting ordained. And the powerful and evil town boss Yancey Huggins (Raymond Burr) hates him. It doesn’t look good, does it, although it’s one of those movies where you kinda guess that he will overcome.
.
. 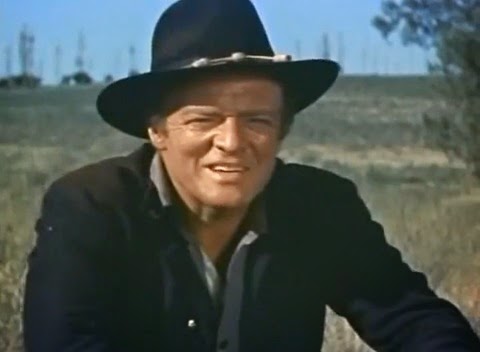 Home from the war, bible in hand
.
The screenplay was written by Herb Meadow from his own story and it has certain interesting features. I like the way that three soldiers, two in gray and one in blue, return home together to the tune of Johnny Comes Marching Home and they are perfectly at ease with each other. They were friends before the war and see no reason to change that, and the camaraderie of the soldier who has undergone such an ordeal, on either side, is great – far greater than the prejudiced hatreds of the non-combatant townspeople. Meadow was a very experienced writer of TV Western shows and had also worked on the Joel McCrea film Stranger on Horseback.
One slightly odd aspect of the screenplay, though, is that all the women are unpleasant. Well, almost. When Luke gets back he finds that his parsonage is inhabited by a squatter, an orphan tomboy girl, Lissie (Joanne Woodward in her first film role) who will shoot as soon as blink, and lies and steals with abandon. You want to punch her. The wife of one of the Rebs spits hatred at Luke and is generally spiteful. She deserves to be punched out too. Then there’s a former flame, Georgina (Allison Hayes), who is as arrogant as she is high and mighty. Punch. Her drunken mother is even worse. Wham, bam. They’re a ghastly crew, the lot of ‘em. Only the brothel madam Selma (Jean Willes) shows some decency and friendship to the returning soldier.
.
. 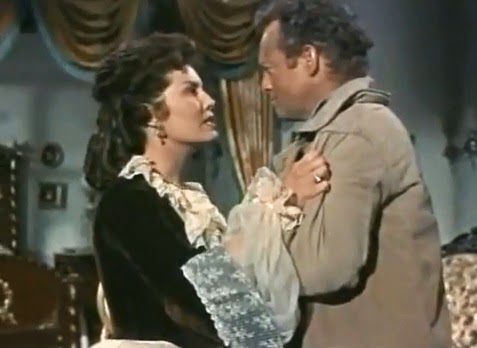 Selma and the preacher

Philip Carey is quite good as the sawmill owner Loomis who provides the lumber for the new church. He has to: he loses a horse race against Luke and that’s the stake. I always thought Phil good in Westerns.

Burr is satisfactorily nasty as the store owner Yankee-hater. He has a gloved ‘dead’ hand, perhaps a result of the war though we are not told. It seems to have made him bitter and twisted. Pre-Perry Mason Ray had a good line in Western heavies, especially if he could a crooked banker or something. 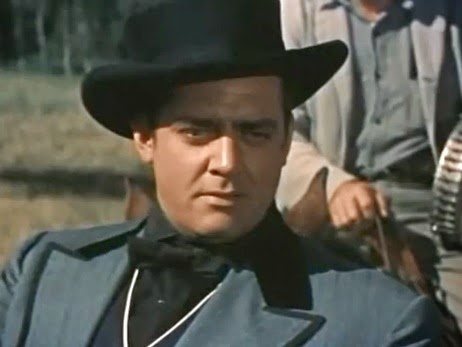 Badman Burr
.
Tomboy Lissie gradually softens and is slowly civilized under the preacher’s tutelage, and ‘love’ springs on Luke all unawares. The poor man has no choice. The movie finishes with a scene that borders on the silly, as the Bishop conducts a shotgun wedding.
.
. 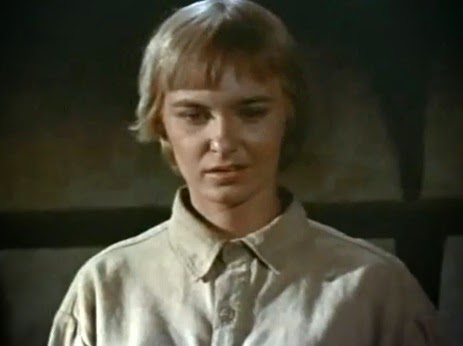 Joanne Woodward on her way to womanhood
.
Van Heflin had been a preacher in his very first Western back in 1937, The Outcasts of Poker Flat, so I guess he was reverting to type.
The picture was directed by good old George Sherman.
I don’t mind this film, though I certainly wouldn’t say it was Van’s best Western. 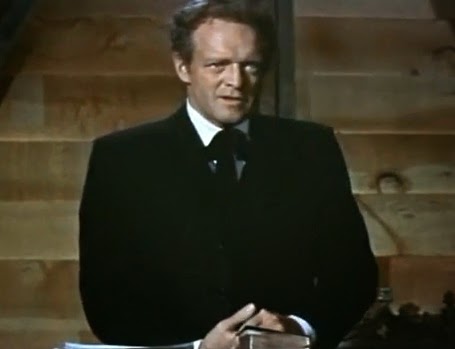