The Kid from Broken Gun was the last in the long series of Durango Kid Westerns that Charles Starrett made for Columbia. 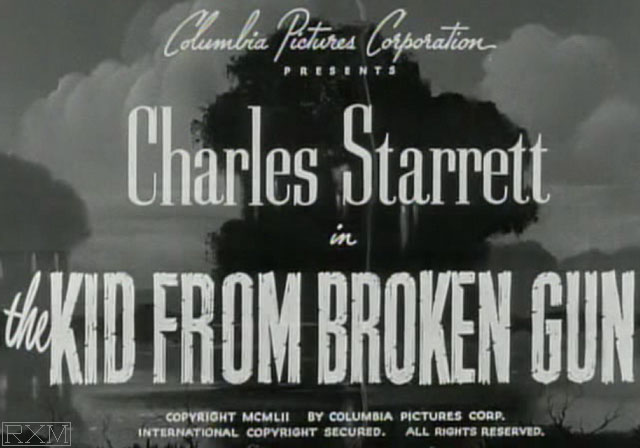 .
When he retired, Starrett held the record for starring in the longest-running string of feature films – 131, half of them Durango Kid pictures. He had been brought in by Columbia in 1935 to replace the aging Tim McCoy. Starrett was already in his thirties, so not that youthful, but McCoy was born in 1891 so considerably older. Starrett was tall, had a strong jawline and confident voice, and he projected an air of authority. He didn’t want to be typecast to Westerns and did everything he could to be allotted other roles (even walking out on a contract at one point) but it was no good; the studio and public wanted him in a Stetson ridin’ the range.
.
. 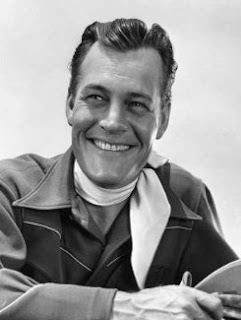 Charles Starrett (1903 – 86)
.
Unusually for the time Starrett was no singing cowboy. Columbia solved the problem by drafting the Sons of the Pioneers. When Starrett’s contract expired in 1941 the Sons of the Pioneers moved to Republic where they were reunited with Roy Rogers. When Starrett returned to Columbia as the Durango Kid he had a singing sidekick. They had to get those songs in somehow.
.
. 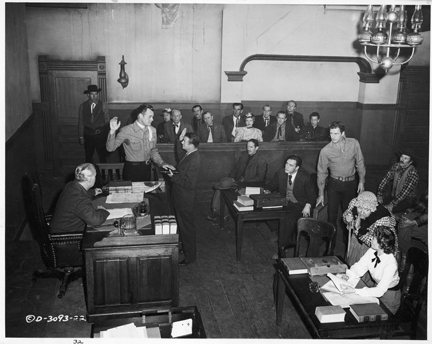 It’s a cheap-to-stage courtroom drama with flashbacks using earlier footage
.
Starrett first played the Durango Kid in 1940. Apparently the popular town character Steve (for some reason the surname varied but it was always Steve), he would also make sudden appearances as the mysterious masked Durango Kid, clad all in sinister black but still a prototypical superhero fighting for right. There were definite hints of Zorro. There was a wartime pause but The Return of the Durango Kid was released in 1945 and suddenly the series became a hit. Six more followed in 1945 alone. There were ten in 1946, nine in ’47, eight in ’48, and eight in 1949.
.
. 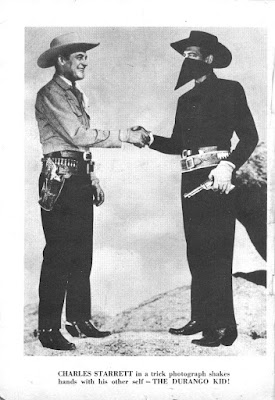 A fun trick photograph of the time with Steve shaking hands with Durango
.
But by the early 50s the whole genre of second-feature Western series and serials was getting a bit threadbare. Audiences were declining and studio costs rising. TV was beginning to replace theater visits. Columbia increasingly recycled footage from earlier pictures to pad out the new ones. And Starrett himself was no chicken any more. By the time of The Kid from Broken Gun he was pushing fifty. In fact the title doesn’t refer to him: the eponymous youth is Jock Mahoney, billed in those days as Jack Mahoney, 33, who also did many of the stunts. He plays a certain Jack Mahoney, a young prizefighter with a temper who is accused of murder – and much of the movie is (cheaply) staged as a trial scene, with flashbacks using old movie footage. Steve, aided by Durango of course, will prove the Kid’s innocence.
.
. 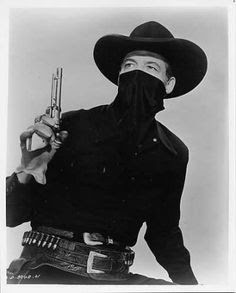 No one guesses who he is
.
It’s a straightforward skullduggery plot, which had been done with various variations and twists so many times before. But if the formula ain’t broke, why fix it?
Present-day feminists might be advised to steer clear of this one, though, because it rather reflects the mores of the time and place. You see Jack is defended by a ‘lady attorney’, Gail Kingston. The prosecutor (Myron Healey, for once not the bad guy, or not that bad anyway) gives his opinion that a woman’s place is in the home, not in the courtroom, and you can almost hear the people present silently agreeing with him. Probably the vast majority of the theater audiences (male and female) did too. Oh well, different times, different climes.
.
. 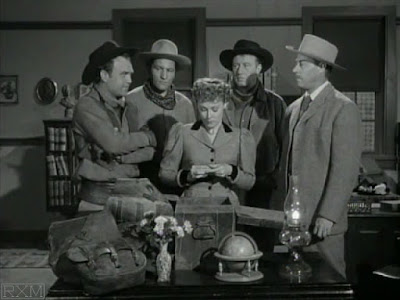 The villains, including ‘lady lawyer’ Miss Kingston
.
Steve doesn’t exactly help by adding that it’s a pity the defense counsel is not as smart as she is pretty. In fact, she’s a crook, in league with the bad guy Donohugh (the splendidly named Tristram Coffin) and trying to get Jack sent to the gallows. She is played by Angela Stevens, in her only Durango Western.
.
. 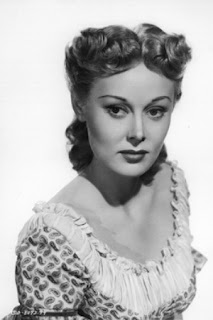 Angela
.
The comic sidekick is of course Smiley Burnette, played by Smiley Burnette. Burnette had been Gene Autry’s sidekick over at Republic since the mid-1930s in dozens of yodelin’ oaters, occasionally moonlighting by accompanying other cowboys, so he was an old hand at sidekickin’ when, in 1946, he replaced Dub Taylor as Cannonball and started ridin’ along with Steve (he remains blissfully unaware of Steve’s alter Durango ego). Smiley usually got a song and this time he has an amusing number, It’s the Law, after being knocked out cold in court and imagining himself as the accused, the judge and on the jury all at the same time.
.
. 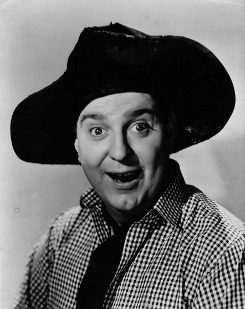 Smiley
.
Steve’s paint Bullet and Durango’s white horse Raider make their usual appearances, Raider enabling master-escaper Durango to avoid pursuit on numerous occasions, as was his wont. Durango (or Jock or Ted Mapes anyway) climbs athletically across rooftops before plunging into the saddle of Raider. I hope the stuntmen were well padded.
.
. 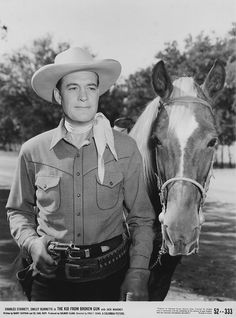 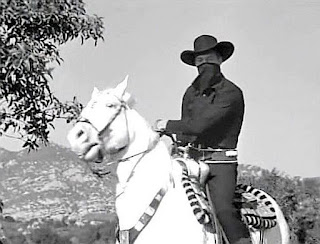 Durango on Raider
.
It’s all a lot of fun, directed by good old Fred F Sears, who had appeared as an actor in early Durango oaters and started directing them in 1949, starting with Desert Vigilante and alternating with Ray Nazarro. The present prints are of good quality and more than watchable. There’s formulaic but energetic music by Mischa Bakaleinikoff.
.
. 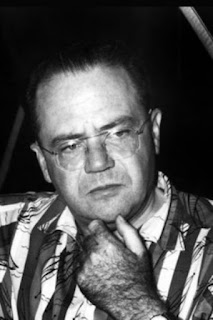 Fred was at the helm of this one
.
We’ll maybe look at another few Durango Westerns (but don’t worry, I’m not going to inflict them all on you). 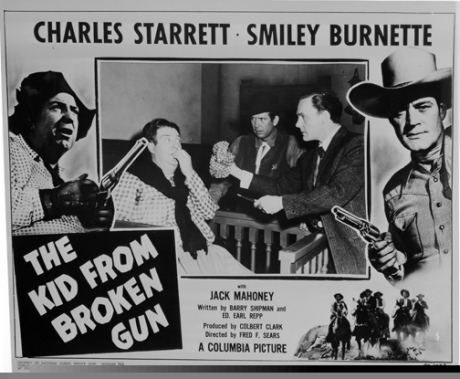