.
.
The Dalton brothers rode across our screens – big ones and small – several times. Their name has a ‘Jesse James’ ring to it, and their bloody demise, shot down in the streets of Coffeyville, Kansas in 1892, was ideal material for a Western movie. One thinks in particular of the gang led by the unlikely figures of Broderick Crawford as Bob and Brian Donlevy as Grat (both miscast) in Universal’s George Marshall-directed 1940 offering When the Daltons Rode, a fun farrago featuring Randolph Scott as the good guy. Actually, right back in the early days of Hollywood, Emmett Dalton, the youngest of the brood and only survivor of the Coffeyville shoot-out, produced silent movies such as Beyond the Law (1918) which he wrote and in which he appeared as himself, Bob and Frank. There were later junk B-movies too, such as Jesse James vs. the Daltons (Esskay, 1954) directed by William Castle, about how Jesse James’s son joins up with the Daltons (including the excellent James Griffith as Grat).
.
.

In the 1970s TV gave us two Dalton stories, The Last Ride of the Dalton Gang, screened by NBC in 1979, with Dale Robertson as hanging judge Isaac Parker gunning down wicked detective Jack Palance in a quick-draw showdown on Coffeyville’s Main Street (it was all very preposterous) but four years before that NBC wheeled Richard Widmark out to shoot down the Daltons in The Last Day.

Widmark was a great figure of the Western movie, and he was in some fine Westerns. The two he did for John Ford were not among them, but I thought he was very strong in his first two, as member of Gregory Peck’s outlaw gang in Yellow Sky in1948 and as one of the adventurers with Gary Cooper in Garden of Evil six years later. He was the ‘good’ son of Spencer Tracy in Broken Lance in 1954 and was excellent, I thought, in The Last Wagon, a couple of years later, directed by Delmer Daves. In one of his best Western roles he was back in a ghost town as the bad guy (as in Yellow Sky) in the excellent The Law and Jake Wade, a John Sturges picture. He did 19 Westerns in all, including a couple on TV (he was a first class Al Sieber in Mr Horn in 1979). In The Last Day Widmark (by then in his sixties but he still had it) is that classic Western figure, a once-feared gunman trying now to live the peaceful life but whose past comes back to haunt him so that he is obliged to strap them shootin’ irons on one last time. 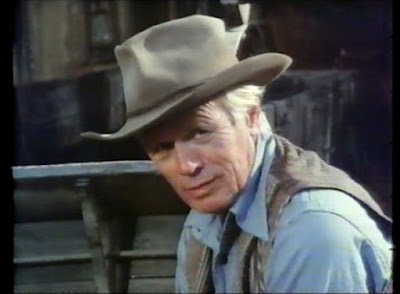 He’s hung up his irons

The best Dalton is Grat because he is played by our old pal Richard Jaeckel, a classic bad guy of Westerns since the year dot. Robert Conrad, frontier secret agent James West in The Wild Wild West, plays an unshaven Bob. Emmett (who curiously only has one t in the credits and thus becomes an ant) is played by Tim Matheson, who would star with Kurt Russell on The Quest the following year. He has very 1970s hair which would have been greatly admired down at the Coffeyville disco on Saturday night. 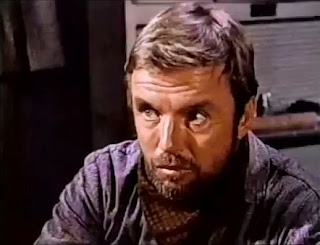 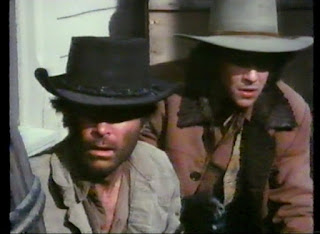 Morgan Woodward is US Marshal Ransom Payne, always late and always just missing the Daltons, and good old Gene Evans is Marshal Charlie Connelly, who perishes in the gunfire, as indeed in reality Connelly did. Barbara Rush from Flaming Feather is Widmark’s wife, who first wants to stay in Coffeyville despite the danger, then she insists they leave, then stay again, it’s really quite exhausting.

So the actors are there alright.

The ensemble was directed by Vincent McEveety, a mainstay of Gunsmoke and other TV Westerns who never successfully made the transition to the big screen (Firecreek was about his best) but who was OK on TV. 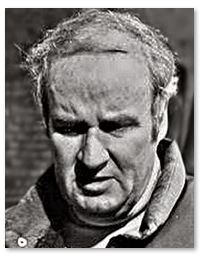 AC Lyles, of ‘geezer Western’ fame, produced it and provided the story. He couldn’t get it to the big screen by ’75 (those days were over) so it went straight to the small one.

Of course with Dalton/Coffeyville stories we all already know how it’s going to end, so there ain’t much suspense, but never mind. It’s competently done and Widmark is appropriately tough. He does that “I have to stay” bit from High Noon through gritted teeth. The final shoot-out is well handled. It’s all watchable, though unlikely to set the prairie on fire.

The most amusing part is the voiceover by Harry Morgan, which gives the picture a Stories of the Century/Dragnet faux-documentary vibe. 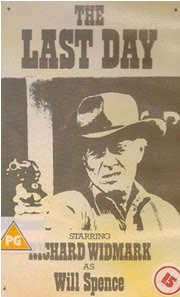 PrevPreviousChildren of the Dust (CBS, 1995)
NextTribute to a Bad Man (MGM, 1956)Next
Jeff Arnold © 2022 – All rights reserved – Designed by BetterCallChris
Scroll Up