The Legend of Hell’s Gate: An American Conspiracy (Lionsgate, 2012)

.
Difficult to follow
.
.
You might expect a movie with the title The Legend of Hell’s Gate to tell the story of the legend of Hell’s Gate, but if you do expect that, you will be disappointed. Indeed, if you are like me you will struggle to understand what is happening at all. At the start it consists of a series of apparently unrelated episodes: some thieves on foot escape from mounted followers, Mr Ellsworth from Deadwood shoots a white buffalo, a church on the Chisholm Trail is burned down and a clergyman throws his collar down (I suppose the clerical equivalent of throwing your star in the dust), and an Irish youth in a Dallas saloon has toothache. We later return to the fleeing thieves (indeed we are ‘treated’ to a repeat) but Mr Ellsworth and the self-unfrocked clergyman are never see again. It’s all very odd.
.
. 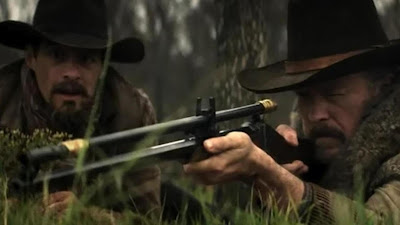 Perhaps this disjointed narrative is supposed to be all post-modern or something, I wouldn’t know. It was written and directed by one Tanner Beard, born in 1984. I don’t mind it when I hear that so-and-so is 34 years old, but mentioning a birth year makes me suddenly feel terribly old. 1984! That was just yesterday. Oh well. 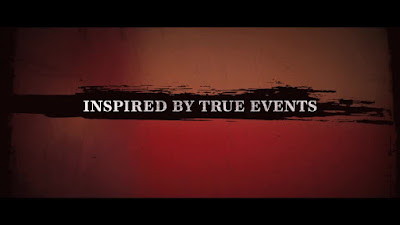 I’m probably sounding like some old fogey here but there we are. Various famous figures of nineteenth century American history appear, in the credits at least. One is John Wilkes Booth (Henry Thomas), and his pistol, the one that killed Abe, plays a key part in the story. Another is a sick-looking Doc Holliday (Jamie Thomas King), practicing dentistry in Dallas and getting into drunken shooting matches with bar owner Champagne Charlie (Drew Waters). Holliday introduces himself and has a shingle to prove it. But Jesse James (Lukas Behnken) and Qanah Parker (Zahn McLarnon) also appear in the cast list. I suppose Parker is one of the Indians the thieves come across, but I don’t know. And I missed Jesse James completely. Did he appear at all?

I suppose one of these is Qanah Parker

One thing I will say, the Western looks good. So often in these recent pictures the characters all have gleaming teeth that could illuminate LA for a year and clean hair and are very obviously wearing costumes. In this one, there is an authentic look to the characters, and the sets are gloomy sepia interiors that remind you of Henry Bumstead’s work for Clint Eastwood. Furthermore, the gunfights are well staged, chaotic and with most shots missing by miles. 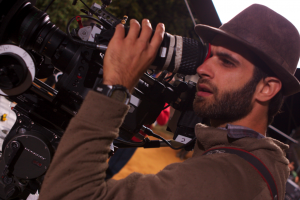 Most of the movie concentrates on the three thieves, played by Eric Balfour (two episodes of Dr Quinn, Medicine Woman to his credit), director Beard and Lou Taylor Pucci (his only Western to that date). And they are pursued by a silent but implacable mountain man (I don’t know who the actor was and can’t work it out from the cast list), who wishes to recover his stolen whiskey. One of these characters appears to survive and enter the rocky Hell’s Gate, now a lake, we are told.

The three thieves
As I said, all very odd.
PrevPreviousTribute to a Bad Man (MGM, 1956)
NextSantee (Crown International Pictures, 1973)Next