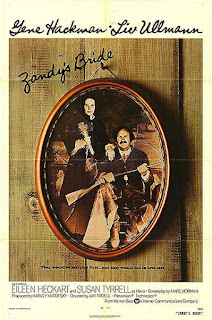 I’m glad to review Zandy’s Bride because it begins with Z and I can say I have reviewed Westerns from A to Z, from Abilene Town to Zandy’s Bride. In other respects, though, it was a bit of a chore. Although at one point Zandy says he was in a gunfight, and in the cast James Gammon, no less, is listed as ‘Man in gunfight’, I saw no gunfight, or Gammon. Perhaps my version was cut. In the version I saw the most exciting thing that happened was when Zandy’s bride got a clothes line she wanted.

It stars Gene Hackman. Hackman did seven Westerns, and a rather assorted bunch they were. He started in The Hunting Party in 1971, a dire picture which Dennis Schwartz has called it “a vile revenge Western with a tired plot, too much gore and a miscalculated pretentiousness,” which just about sums it up. The turgid, in fact terminally slow Zandy’s Bride came next. The flawed but good-in-parts horse-race Western Bite the Bullet, directed by Richard Brooks, followed in 1975, and then there was a long pause. It is more than possible that Mr Hackman felt the genre was not for him. Yet then in 1991 he popped up again as Little Bill Daggett in Clint Eastwood’s magnificent Unforgiven, and Hackman was stunningly good in the part – in fact he won an Oscar for it. It was most definitely the highlight of his Western career. He was also impressive as General Crook in Geronimo: An American Legend in 1993; he was Wyatt Earp’s dad in Wyatt Earp in ’94; but these were small parts. He ended his Western career with the seriously bad – in fact quite dreadful – The Quick and the Dead in 1995, presumably just for $$$. As I said, a mixed bag. In Zandy’s Bride he is solid as the boorish Zandy but the somnolent script and direction gave him little to do. 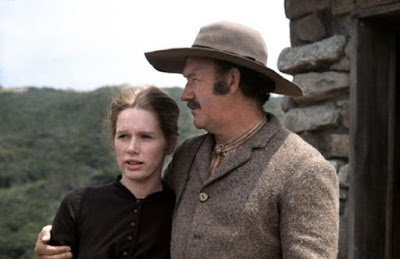 It’s quite unusual in that it is a Pacific coast Western. There was a sub-genre of San Francisco foggy-waterfront type pictures, Barbaray Coast and the like, but they were only semi-Westerns really. Crashing waves seem somehow out of place in a real Western. One-Eyed Jacks had Freudian surf rolling onto the beach and I remember Sterling Hayden was shot in the back by Ted de Corsia in a cave on the California coast in Gun Battle at Monterey but in the grand scheme of things such pictures are rare.

The picture was directed by Swede Jan Troell and you get the feeling he had been to too many Ibsen plays and watched too many Bergman films. It’s all psychological and angst-filled. Liv Ullmann is the appropriately Scandinavian eponymous newly-wed. She comes across as strong, even steely, putting up with the frankly repellent behavior of her husband, including marital rape. Though when you meet Zandy’s parents (Frank Cady and Eileen Eckhart) you kinda understand why he is such a slob. 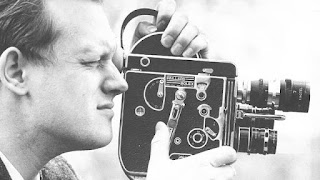 Sam Bottoms plays Hackman’s young brother but has virtually nothing to say. Harry Dean Stanton is there as a friend but pretty well ditto.

There’s no music, which adds to the intense Nordic atmosphere.

I suppose we do get a commentary on the hardships of frontier life for women. That’s something.

There’s a very bad horse fall when Zandy forces his mount up an almost vertical slope and when it crashes down, as it inevitably must, it was clearly limping. I thought that by 1974 the wranglers on movies were subject to American Humane Society controls. Zandy regrets the move and apologizes to the nag but it was a bit late for that. 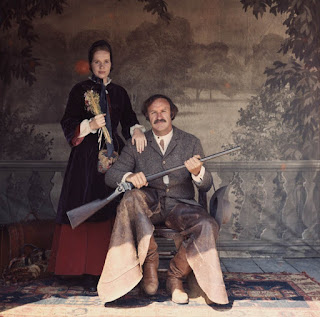 Zandy is attacked by a bear and come to think about it, that probably was more exciting than the clothes line. However, I was rooting for the bear.

There’s a rather unlikely happy ending.

On TV it was renamed For Better, For Worse. But I don’t think that improved it any. The movie is more of a frontier romantic melodrama than a Western, and I reckon, dear e-pards, that if you skip this one you will have missed little. Nor will you pine away to nothing out of regret.