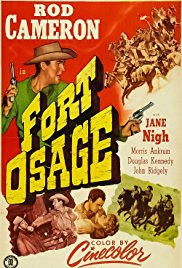 They weren’t all cavalry Westerns about forts, though. Like Fort Worth, Fort Osage refers to the town, not the fort itself, and it’s a pretty standard skullduggery plot about the tough Westerner thwarting the nefarious schemes of the besuited town crook. But standard doesn’t mean bad. In fact this one is a distinctly enjoyable little number.

Fort Osage was one of the last pictures of good old Monogram. The studio merged into Allied Artists in September of that year. Monogram had a long and entertaining history of making low-budget Westerns. One thinks of all those 1930s and 40s black & white one-hour sagebrush sagas with the likes of Bill Cody, Tim McCoy, Tex Ritter, Bob Steele and John Wayne, among others. This picture was in color, though, a real step up. Maybe they already had Allied Artists pretensions. 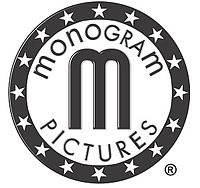 Cinecolor, as their system was called, was rather charming, I always thought, with highlighted blues (in this one we get azure Californian rocks and pastel blue shirts). 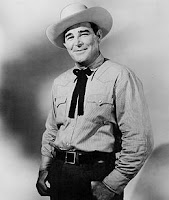 It was a Rod Cameron picture. In the 1940s Rod (right) joined the ranks of the screen cowboys. He had first led in Universal’s Trigger Trail in 1944 and after the war co-starred with fellow Canadian Yvonne de Carlo in a couple of plodding but popular Universal oaters, Salome Where She Danced and Frontier Gal. Panhandle and Belle Starr’s Daughter for Fox and The Plunderers for Republic followed in 1948 before he teamed back up with de Carlo in River Lady back at Universal. He wasn’t in the forefront of Western actors but he had carved out a niche alright.

.
.
Cameron was never really in danger of winning an Oscar but he was truly “tall in the saddle” and had quite a good tough-guy look to him. In the four Westerns he made in 1952 he would be a wagon master twice for Monogram (the other time was in Wagons West, released in July, which we will perhaps review another day).
.
.

Walter Mirisch (left) was the producer. He with his brothers Marvin and Harold were one of the most successful producing teams in Hollywood history. They produced such 60s hits as Some Like it Hot, West Side Story, The Great Escape and The Pink Panther but in our great genre the Mirisch name deserves endless paens, encomiums and laudations for The Magnificent Seven. However, Walter started as a producer for Monogram back in 1949 on very low-budget stuff, and Fort Osage, along with Cavalry Scout the year before (also with Rod Cameron), were his very first Westerns.
.
.
Once Monogram merged into AA (Mirisch was one of the prime movers of that deal) he
would move upmarket, producing the Jacques Tourneur-directed Wichita with Joel McCrea in 1955, the first of six oaters he did with McCrea, and he would evenwork with Gary Cooper (gasp!) But back in the distant days of ’52 he had to be content with, ahem, modest-budget Rod Cameron Westerns.
.
.

And guess who was engaged to direct Fort Osage? None other than our old pal Lesley Selander (below), Western maestro, who helmed literally dozens of low-budget oaters and always got zip, pace and action into them.

The villains are Morris Ankrum and Douglas Kennedy. They have treed the town, a starting point for wagon trainers wanting to set out for the California goldfields, running a scam involving outrageous prices and a deal with the Osage Indians to let the settlers through unharmed – but they are welching on their part of the bargain and the Osages are not best pleased. The crooks have engaged tough Westerner Tom Clay (Cameron) as wagon master but on his way to Fort Osage Clay comes across settlers slain by Indians and knows it is far too dangerous for women and children to venture out now. So he turns the job down. 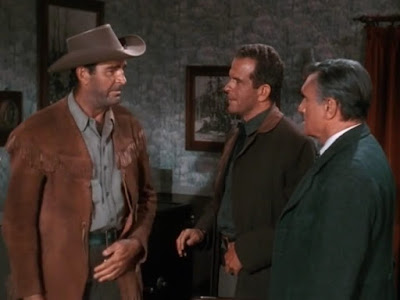 Ankrum and Kennedy were both stalwarts of the sagebrush and can be seen in many a role, as goodies or baddies, in the case of Kennedy usually the latter. Little known fact: Kennedy’s very first Western was the same as Cameron’s. In North West Mounted Police in 1940 Kennedy was a Mountie constable and Cameron was a corporal. I tell you this on a need-to-know basis and doubtless your life has now been enriched by this knowledge.

Ankrum is only semi-bad; he suffers from remorse, partly because of his goody-goody daughter, and eventually repents. Kennedy, though, is an out-and-out skunk, shooting Ankrum in the back, emptying his safe and even slugging that poor defenseless daughter Ann (Jane Nigh, a slightly less than brilliant actress who did a few Westerns and much TV work). Naturally, there will be a last-reel showdown between Rod and Doug and no prizes for guessing who will win. 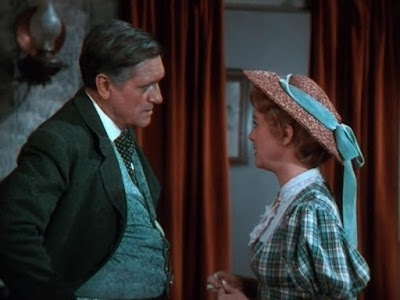 Morris tries to talk his daughter round. But she’s too goody-goody.

Myron Healey is a Danish settler, Francis McDonald is the Osage chief and Iron Eyes Cody his right hand brave, and if you don’t blink you might catch Russ Conway, Franklyn Farnum and Buddy Roosevelt in bit parts.

Western specialist Daniel B Ullman was the writer and he got some quite original material in, and produced some entertaining minor characters. He had started in the late 40s on Tim Holt oaters, often with Lesley Selander. He would later write Wichita for Mirisch and was no mug. 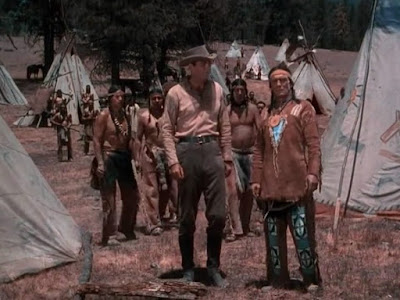 Rod does a deal with Chief McDonald of the Osages

Most of the classic Western ingredients are there (Selander saw to that) so we have the hero being nice to a kid in the first reel (that always established goody-credentials), a saloon brawl, horse chases, a dance, galloping posses and what have you. In the end there’s quite a good bit where the wagon master and the Osages join forces and together hunt down and dispose of the loathsome bad guys in a big shoot-out in the rocks.

The final scene was also entirely predictable: the wagon train sets out west and driving one of the vehicles is la belle Ann, obviously destined to wedded bliss in California with the wagon master. 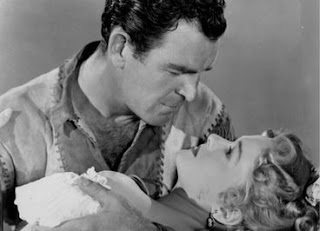 Predictable, yes. Fun? Undoubtedly. It’s an example of how a low-budget Western can actually be an enjoyable 72 minutes of rootin’, tootin’ and let us not of course forget, shootin’. And when you think of how clunky and dull some early-50s A-Westerns were, Warners’ offerings, for example, I reckon this little oater can hold its head up high. 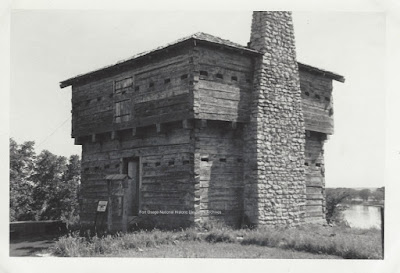 The real Fort Osage, photographed in the same year the movie was made
PrevPreviousChina 9, Liberty 37 (AA, 1978)
NextYellowneck (Republic, 1955)Next