Fox’s eleven Western offerings for 1958 (quite a normal quantity for those days!) were a mixed bag. There was a great one, The Bravados, and there were a few of good ones, The Sheriff of Fractured Jaw, From Hell to Texas, Cattle Empire and The Fiend Who Walked the West, and a few OK-to-middling pictures such as Ambush at Cimarron Pass, Blood Arrow and Flaming Frontier, as well as, of course, a couple of duds, Villa!!, Showdown at Boot Hill (Charles Bronson’s first Western lead) and Wolf Dog (a semi-Western with Jim Davis). Sierra Baron was in the OK-to-middling class.
.
. 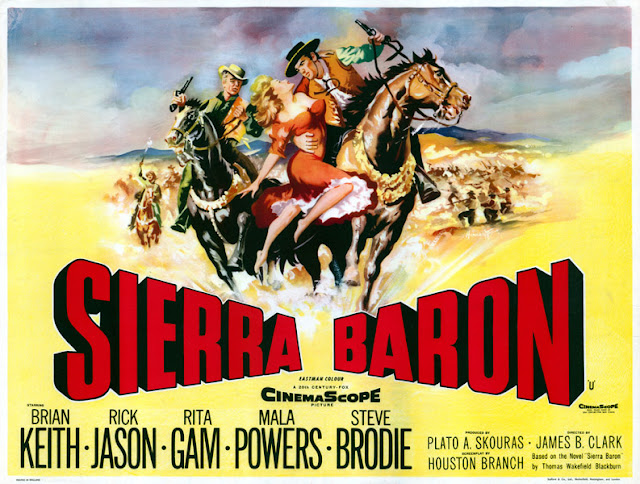 It was a Brian Keith picture, and we’re going on a bit of Brian Keith outing for the next few posts, so brace yourselves. These introductory words will do also for the next couple of articles, therefore:

A keen Western buff, Keith (1921 to 1997) did a lot of oaters, big screen and small, notably of course as The Westerner on TV in 1960 (reviewed), though for a single series of 13 episodes. “Only four or five of these were really good,” he said. “But those four or five were as good as anything anybody has ever done.” (I think he meant the Sam Peckinpah ones). Keith rarely even watched his own pictures when they were finished (like Robert Mitchum) and he said, “I never gave a hoot, I just took what came along” (very similar to Mitchum’s famous dictum, “Baby, I don’t care”) and in some of his Westerns, that was rather evident.

He started very well, as the best thing in Paramount’s Arrowhead in 1953. Admittedly it wasn’t hard to be the best thing in that movie because it was a nasty, noxious film with a sour Charlton Heston in the lead. Still, Keith was memorable as the experienced Army captain. He was also impressive in The Violent Men two years later as Stanwyck’s slimy two-timing lover. Run of the Arrow, well, that was a pity (what a trashy picture), but I liked him as the gun-runner in Fort Dobbs, also in ’58 though for Warners, three months before Sierra Baron. He would go on to do Villa!!, junk, and would be directed by Peckinpah again in The Deadly Companions, a film let down by the bad acting of a miscast Maureen O’Hara, and that was followed by the disappointing The Raiders and a whole lot of Western TV shows and TV movies. The Hallelujah Trail and The Rare Breed were absolutely awful. It wasn’t really the greatest Western career, I’m afraid, but you get the sense that he could have been really good in the genre. If he’d bothered.

Sierra Baron was one of those 1840s California yarns, though much of it was a pretty formulaic crooked-banker-has-treed-the-town plot which could have been set anywhere and at any time in ‘the West’. Keith plays hired gun Jack McCracken, in the pay of the banker, who changes sides to fight for the good guys.

It was directed by James B Clark (below), who was not the brightest star in the Western firmament. This was his first feature oater in the director’s chair. He would return to Keith with Villa!! in October the same year, unfortunately, and in 1960 would do the flawed One Foot in Hell with an aging Alan Ladd. Mostly though it was TV shows, especially The Monroes. The direction of Sierra Baron is pedestrian. 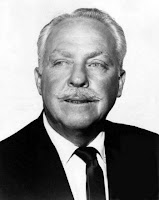 James B Clark
.
.
The writing was plodding too. The screenplay was by Houston Branch, who sounds like the office of a Texas bank. He was responsible for the perfectly dreadful Belle of the Yukon and the pretty poor River Lady, so he was no great shakes Westernwise.
.
.
The idea is that the Delmonte family have a huge ranch in California, part of a 1761 Spanish land grant, but gold is discovered on the land, rancher Delmonte is murdered and American prospectors flood in, followed by a motley band of hangers-on, inc. crooks. The good news: the chief crook, banker Rufus Bynum, who obviously ordered the death of the rancher, is played by Steve Brodie. One of the better bad-guys, Brodie did more Westerns than any other genre, from Badman’s Territory in 1946 right through to an episode of the TV How the West Was Won in 1979, almost invariably as villain. In Sierra Baron he has a great line in natty vests, all the colors of the rainbow. Sadly, though, he had no derringer, which I felt he needed. Derringers were pretty well standard equipment for crooked bankers. Naturally, he has the tame local judge (Pedro Galván) and sheriff (Reed Howes) in his pay.
.
. 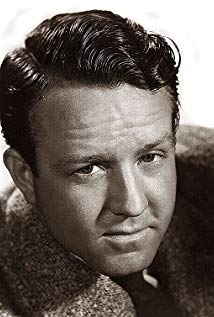 Loyal Delmonte factotum Felipe (José Angel Espinosa, aka Ferrusquilla, whom you may remember from Two Mules for Sister Sara) goes down to Mexico to bring back the heir to the throne, young Miguel (New Yorker Rick Jason, doing his best to be Spanish, in his only ever feature Western) and of course Miguel will bravely resist the crooked bully Bynum.

Miguel starts with an interesting combat, fighting Bynum henchman Goheen (Lee Morgan), who has brass knuckles, by taking off a Spanish spur and slashing Goheen’s face with it. Naturally, though, Miguel won’t be able to beat Bynum alone. He will be aided by Bynum’s erstwhile employee McCracken. This was a standard ploy: Mexicans were quite incapable of winning without US advice, help and direction (see every American Western set in Mexico). 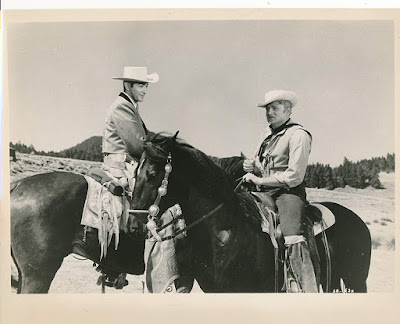 Gunslinger Keith helps out the ranchero

Miguel has a glam sis, natch (Rita Gam, no more Spanish than her ‘brother’, and equally unWestern, though she was Scott Brady’s love interest in Fox’s Mohawk two years before) and of course now that McCracken has changed sides he falls for her, and, let it be said, vice versa. 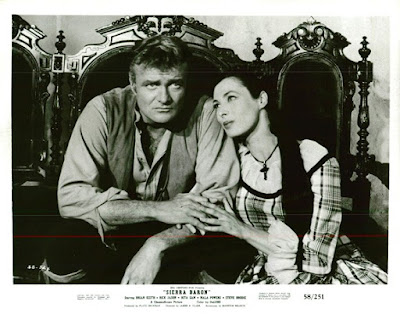 Another strand of the plot now enters the story as Miguel rescues a deranged American wagon-trainer, Mrs Russell, from the desert and saves her life. They too will fall in love, to complement the Keith/Gam romance. Sue Russell is played by Mala Powers, who had graduated from
radio Westerns like Red Ryder and The Cisco Kid to big-screen low-budget Westerns and TV shows. Most notably she was Rose of Cimarron in 1952, and you may also remember her in The Yellow Mountain with Lex Barker and Rage at Dawn with Randolph Scott. 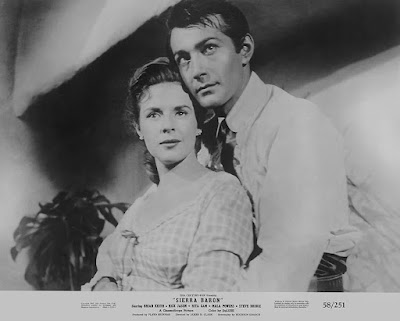 The California senate unexpectedly recognizes the Spanish land grants, which undermines crooked Bynum’s stance. He raises a mob with flaming torches to go burn the Delmonte hacienda but the brave wagon-trainers, urged on by Sue Russell, gallop to the aid of the Delmontes and a climactic showdown gun-battle ensues. You may guess the outcome, as it is rather predictable, like most of the movie, though you may not guess the fate of Brian Keith.

The picture was shot in CinemaScope and Technicolor in nice Mexico locations, so Fox didn’t do it entirely on the cheap. The DP was Alex Phillips, the Canadian-born Mexican cinematographer who shot quite a few Westerns in Mexico, both Mexican ones and American ones. 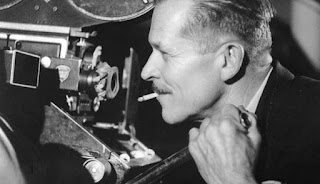 It’s not bad. It’s watchable for Brian Keith, who, even on auto-pilot, was quite good.

The costumes are interesting.