A John Wayne/Ron Howard project finally gets made

Blood River was a TV movie which starred Rick(y) Schroder. It was written by John Carpenter, who is not known for writing or directing oaters, though a very early work, while he was still a student in fact, a 1970 short, The Resurrection of Broncho Billy, which won the Best Short Subject, Live Action Subjects in the 1971 Oscars, was a sort of homage to the Western.
.
. 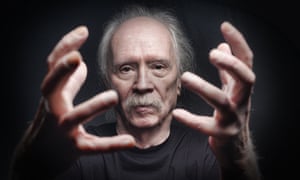 Mr Schroder (to avoid the Rick/Ricky question) had done a marvelous job as Newt in Lonesome Dove, I thought, and this was his first Western after that. He would later do four more Western TV movies (see, for example, Goodnight for Justice: Queen of Hearts, a 2013 effort) but he hasn’t really done much in the genre otherwise.

In Blood River he plays Jimmy ‘The Kid’ Pearls, a youth whose decent Montana homesteading folk were killed at the orders of evil Henry Logan (John P Ryan), and of course Jimmy wants revenge. Logan is another in the very long line of ruthless ranchers who want the whole valley, and Jimmy is another in the equally long line (stretching right back to William S Hart and before) who will stop him. It was Logan’s son Bucky (Brian Jensen) who led the attack on the Pearl place, and this Bucky meets his come-uppance in a pool hall at the hands of the young gunman. 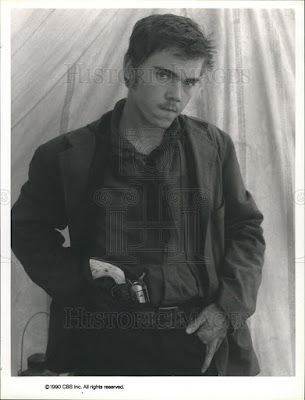 Rick is the gunman out for revenge

Now Jimmy comes across crusty old-timer Patrick Culler, who will become his guide, philosopher and friend. This is another trope of the Western movie, a grizzled Westerner who mentors a green kid. Culler is played by Wilford Brimley, which is good because though he came to Westerns quite late (he first appeared in Bandolero! when he was already 34) Brimley was excellent in the genre, though mostly on TV. You may remember him as Lew Wallace in Gore Vidal’s Billy the Ki , or as Joe Gill in Crossfire Trail. It is said that Carpenter wrote the part for John Wayne, and intended Ron Howard for the Schroder part (presumably influenced by The Shootist) but that never happened. Another story says Carpenter wanted Elvis to play Jimmy Pearls. 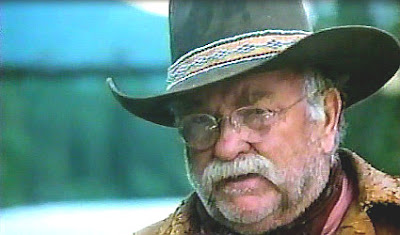 Wilford does his crusty old-timer act

Jimmy is supposed to be “touched”, as Culler calls it. The boy seems to show slight signs of epilepsy, but this is hardly perceptible. There’s a cameo from Gordon Tootoosis as Smiling Knife, the Indian who helps out. There’s a brothel madam (Adrienne Barbeau, from The Fog) with a derringer. 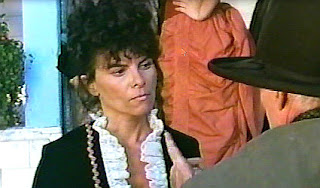 Bad guy threatens the owner of a “boarding house”

The Logan brand, on their horses, seems to resemble the Lexus logo. Perhaps they were luxury horses. And there’s a rather wimpish clergyman whom Carpenter has whimsically named Parson Carpenter.

The old coot turns out to be more than Jimmy thought at first.

There’s plenty of action, on and off a river. There are nice (Alberta) locations. It’s actually quite well done, with some gusto. I didn’t mind it. 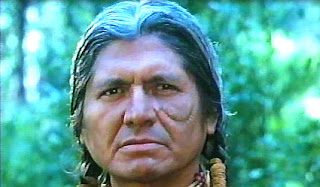