Not good, I fear

.
.
The other day I was waffling on about a recent Western, Jonah Hex. That starred Josh Brolin. Well, Josh’s dad, James Brolin, led the cast in his own Western twenty years before that. It was Bad Jim, released by “21st Century”, I imagine a division of Fox. 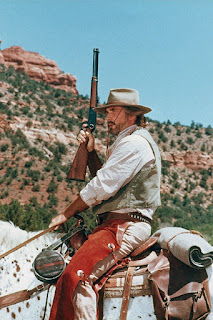 It was directed, written and co-produced by Clyde Ware, who had contributed to many TV Western shows in one capacity or another from 1964 on, especially Gunsmoke. 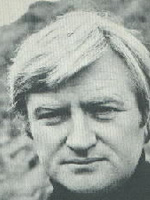 I was only really interested in this one because it featured Harry Carey Jr, Ty Hardin and Rory Calhoun in the cast. Sadly, however, Dobe, Hardin and Calhoun had cameo parts only and seemed extraneous to the plot. They were just walk-ons, really, and perhaps a way to arouse interest, or names to put on the DVD box. It worked with me but was a disappointment. Dobe looked his usual bearded self and Hardin was in quite good shape, though Calhoun, then 68, looked gaunt and old, only the eyes telling you that it was in fact Rory. 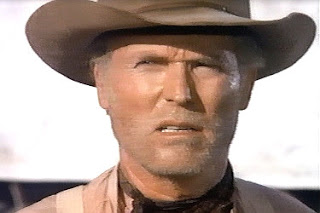 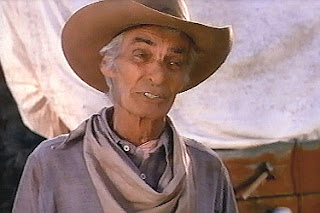 It’s the tale of a trio of cowpokes who turn outlaw. They are Mr Brolin Sr, third-billed in the 1973 Westworld, as BD Sweetman, the senior puncher; Richard Roundtree, Shaft, quite a regular on TV Westerns, as July; and John Clark Gable, son of the famous MGM actor, as John T Coleman, making three. Brolin was a bit wooden, Roundtree OK, I guess, but Gable was, at least judging by this movie, not exactly Laurence Olivier. You get the impression that he has worked hard to learn his lines, practiced them in front of a mirror and then dutifully recited them on the set. He looks a bit like a younger version of Alan Rickman, only Alan Rickman can act. 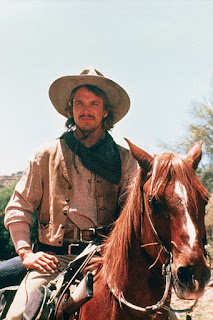 Actually, Brolin once played Gable’s dad, in Gable and Lombard (1976).

The scene flits back and forth with amazing rapidity between the saguaros of the Old Tucson area to the orange rocks of Sedona. The actors seem to be able to cover the 230-odd miles between them with amazing rapidity. They must certainly have remarkable horses. A horse plays a key role, in fact, because the idea is that the simple cowboy John T Coleman acquires Billy the Kid’s horse (which he names Jim) from a fellow outlaw of the Kid, Virgilio someone (Pepe Serna) and this horse somehow magically turns John T into a badman. I think that was it. He beguiles the other two into following the owl-hoot trail and they start robbing banks and stages and such (though Billy never did that). It’s 1881, you see, just after the death of Bonney. 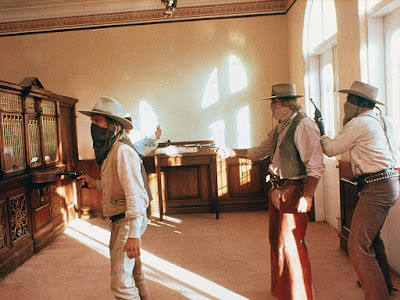 Actors in costume rob a bank

There’s a bit where John T, saying he needs decent money for once, says, “Ain’t nobody gonna die and leave me nothin’,” and that’s why he turns to outlawry. In fact, Clark Gable left his son (born posthumously) $400,000, so maybe that was an in-joke.

They drift from Arizona into New Mexico, and thence to California, dallying in saloons with ladies of easy virtue. At one point they save a wagon train (Ty Hardin is the trail boss) from attacking Cheyenne. What hostile Cheyenne were doing in California in the 1880s is never explained. Finally they come to a town where a trap has been laid and the three are shot to hell, only one escaping, wounded, and he then decides (I think) to reform and follow the straight and narrow trail of righteousness. I believe that was the gist. Which of the three this is I shall not reveal, dear e-pards, in the unlikely event that you will want to see this movie and don’t want a spoiler. But I can tell you it’s not Brolin or Roundtree. 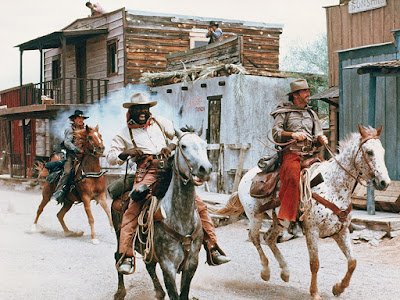 They get ambushed at the end, it’s never explained how or why

Every so often there is rock music.

As with many Westerns of this period, the actors all look as though they are in costumes, perhaps in some Western re-enactment.

Sorry, but this one’s a dud.