Comedy Westerns are very hard to get right

A not-very-funny comedy Western from the mid-70s, this picture is saved only by Lee Marvin. One might think Mr Marvin obvious casting for the lead, after Cat Ballo (1965) and Paint Your Wagon (1969) but in fact he was not first choice: the role was written with James Garner in mind – and you can see how that might have worked too. Marvin commendably resists the temptation to ham it up, and plays the part with an attempt at dignity, very unlike his co-star, Oliver Reed, who is completely over-the-top, and in the last resort not very successful, as the Harvard-educated Indian Joe Knox.
.
. 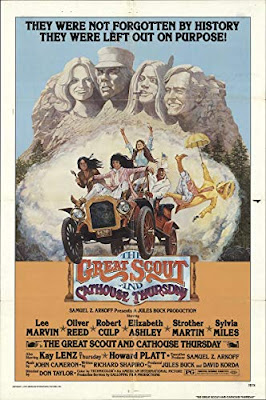 There was a mini-genre of 70s/80s slightly raunchy comedies, or Westerns with semi-comic leads, starring famous but aging Western actors. One thinks of Marvin’s own The Spikes Gang or Cattle Annie and Little Britches with Burt Lancaster. What you might call Old Reprobate Westerns. They featured prostitutes largely because you could now (up till then such professionals had always had to be referred to as ‘singers’) and it was considered funny, and ever-so-slightly risqué. Viewed these days, though, these pictures are not all that hilarious.

This one was directed by Don Taylor, who helmed only this and a 1969 spaghetti, as far as Westerns go (he was better known for the likes of Escape from the Planet of the Apes and The Island of Doctor Moreau). The direction of The Great Scout is a bit meandering. Perhaps the movie could have done with sharper editing. 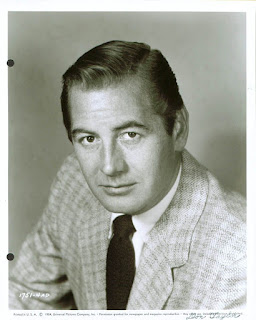 The screenplay was by Richard Shapiro, who wrote Dynasty but this was his only big-screen oater.

Reed was a famously boozy Brit who was unsuited to Westerns but appeared in three big screen ones (none of them any good) as well as being Dunnigan in Return to Lonesome Dove. Of the rest of the cast we have Robert Culp seeming slightly uncomfortable as a roguish politician/chief bad guy, and Strother Martin, about the best actor on the set after Marvin, in his usual role of scruffy and scurrilous old-timer, Marvin’s partner Billy. 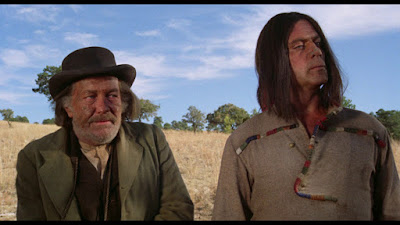 Reed tries to outdo even Strother

The leading ladies were Kay Lenz, quite sparky as the titular Thursday, Elizabeth Ashley as the foul-mouthed wife of Culp (and ex of Marvin), and Sylvia Miles as the brothel madam Mike. There’s quite a tradition in Westerns of women named Mike. Think of Claire Trevor in Texas, Anne Baxter in Yellow Sky, Jane Russell in Son of Paleface, and Mike Learned in Gunsmoke: The Last Apache. You may be able to think of other Mikes. 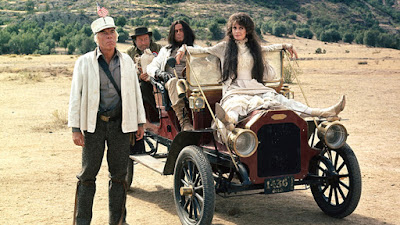 Culp’s wife and Marvin’s ex is on the hood 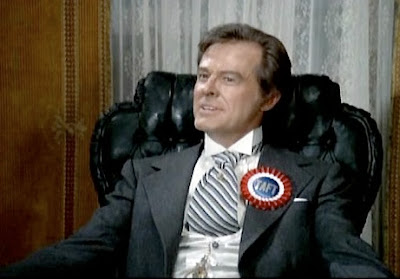 Culp is the bad guy

It was filmed in Mexico by Álex Phillips Jr, who shot a few Westerns there, such as The War Wagon, Buck and the Preacher and Bring Me the Head of Alfredo Garcia (if you consider that a Western; I do). The print of The Great Scout today is of good quality, with attractive Technicolor.

It’s set in 1908 Colorado and is quite ‘modern’ for a Western. There are plenty of automobiles, for example. William Howard Taft is running for president.

The whole thing is geared to the slapstick, with pratfalls galore. The climactic last-reel fight seems to have been ‘borrowed’ from McLintock!, I am sorry to say. The humor might be called ‘broad’ rather than subtle. It’s not really my cup of tea, though it might be yours. 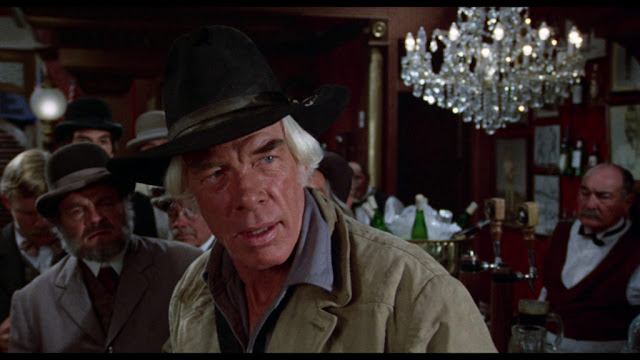