.
Red Ryder on the small screen?

Red Ryder, who had started as a comic book hero and been though radio, serial and feature film incarnations, never made it to TV. It’s curious, really, because his progenitor, Stephen Slesinger, was pretty well a commercial genius, a pioneer of merchandising, marketing and licensing. Red’s rival, the Lone Ranger, made it to TV with no problem and indeed became a huge show on the small screen for years and years. But Red never made it. I wonder why not. 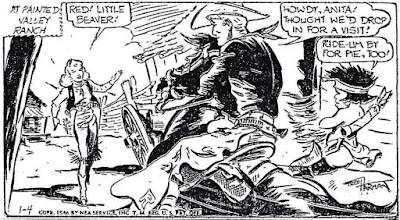 From comic to radio to big screen

It wasn’t from lack of trying. Three pilots were made but none was taken up. Allan ‘Rocky’ Lane had been Red on the big screen seven times between 1946 and ’47. In 1956 he tried to transition the role to the small screen. Flying A Productions, executive in charge of production Armand Schaefer, put together a pilot episode, produced by Louis Gray, written by Paul Franklin and directed by George Archainbaud. Rocky was also credited as a producer. 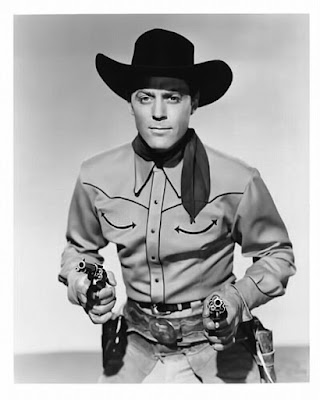 Rocky was Red (one of the many Reds)

Schaefer directed and/or produced over 100 films between 1932 and 1953, many of them Westerns.  Gray was an experienced producer, best known for Adventures of Champion, but he too produced a long series of big-screen Westerns all through the 1940s. Franklin had worked on many low-budget Westerns starring the likes of Charles Starrett, Bill Elliott and Johnny Mack Brown, as well as writing occasional episodes for a dozen different Western TV shows. As for Archainbaud, he had been quite a big name in the silent days but in the 1940s and ‘50s specialized in one-hour second-feature Westerns. Perhaps The Kansan, Richard Dix’s last oater, was his biggest picture, and you may remember The Woman of the Town, also in 1943, but most of his time was spent on Hopalong Cassidy and Gene Autry pictures.

So the team, though maybe not ultra-stellar, had wagonloads of experience.

The cast? Louis Lettieri was Little Beaver this time. He had also been Beaver in another pilot, with the title Whiplash, back in 1951, with Jim Bannon as Red (and Olive Carey as the Duchess), but that one didn’t become a series either. He became a regular on TV Western shows, right up until 1959 (when he was probably pensioned off for old age). 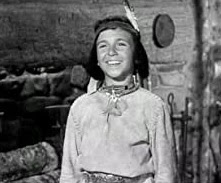 Elizabeth Slifer played the Duchess, Red’s aunt. I don’t know much about her. The bad guy was William Henry, who was a member of John Ford’s stock company, often taking minor parts. A young James Best is Perry Cochran, the ingénu, and very pathetic and wet he is too. No wonder his fiancée (Sally Fraser) throws him over, though Red will show that actually Perry is a real man and deserves her, and there will be nuptial bliss at the end. 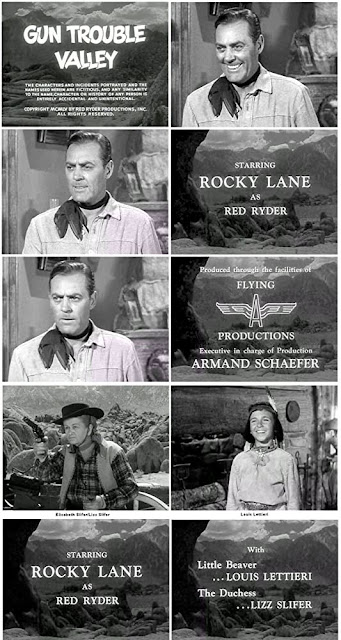 In all honesty the whole thing us unremarkable, and it’s not a great surprise that the networks were less than enthusiastic. By 1956 they had loads of Western shows and hardly needed a warmed-over Red Ryder. Still, there’s action a-plenty, as you would expect. There’s also some nice scenery, Vasquez Rocks, I think. Anyway, it was not to be. So switch on the Lone Ranger.