I caught this show, alternatively titled The American West, on a British TV channel I pick up by satellite here in France. They screened all eight episodes in a row last Saturday so it was a bit of a marathon watching effort, and the dog didn’t get walked as often as usual but hey, we all have to make sacrifices to learn more about the West, right? 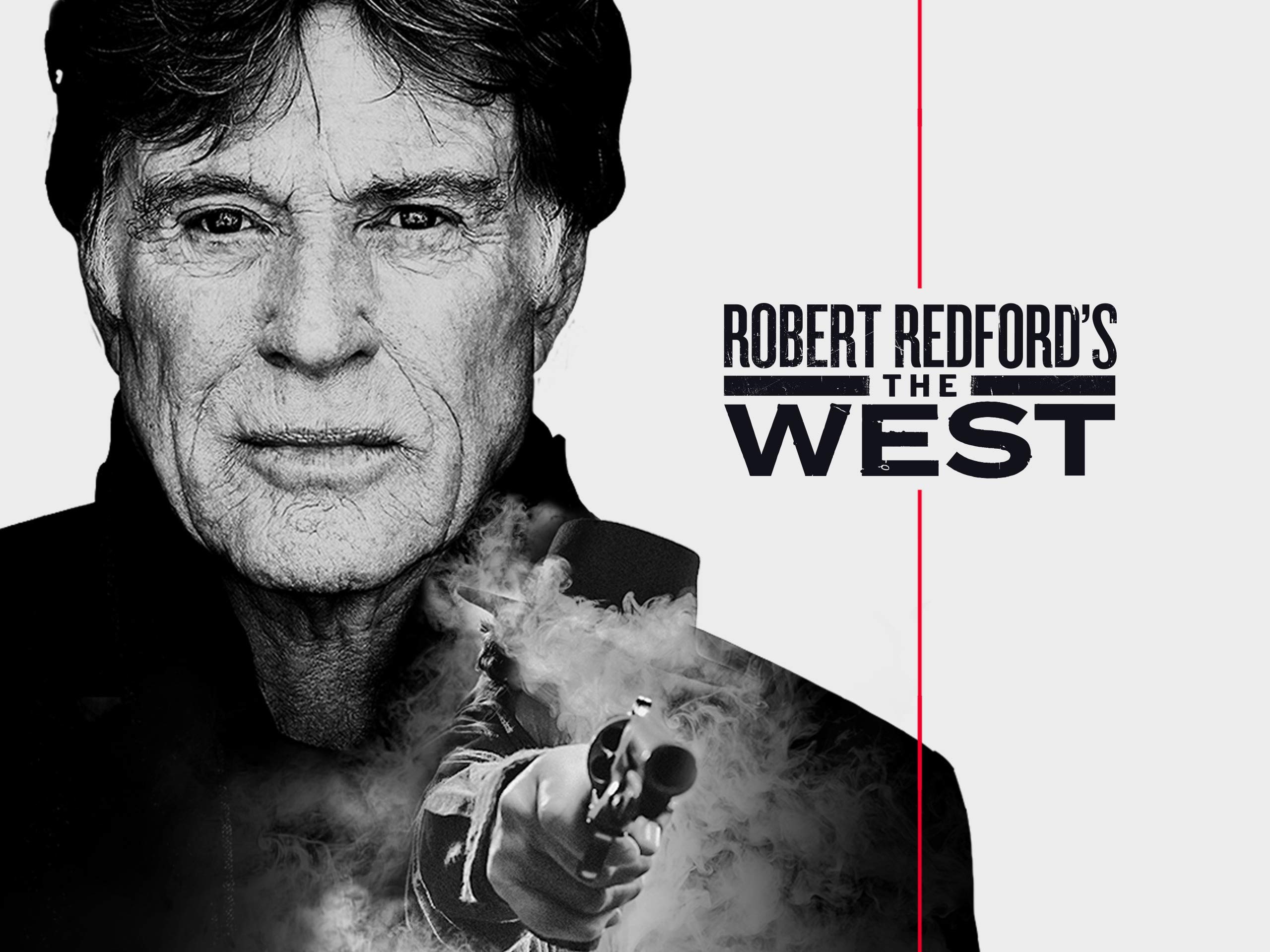 The trouble is, I didn’t, really. The producers, Stephen David Entertainment and Sundance Productions, have gone for a blended ‘dramatized documentary’/talking heads format, and have made it, er, accessible to a general audience, perhaps one that knew little of the history. Another way to say that might be dumbed-down.

In fact the history was quite dubious, often, despite the soundbites of historians such as Mark Lee Gardner, David Eisenbach, Paul A Hutton, Andrew C Isenberg, HW Brands, et al. There are also contributions from Robert Redford, obviously, executive producer, and other actors like Tom Selleck, Keifer Sutherland and Danny Glover, and we benefit from the wisdom and knowledge of Senator John McCain.

The approach taken is pretty well to distill the history of the West down to the lives of six contemporaries: George Armstrong Custer, Crazy Horse, Sitting Bull, Jesse James, Billy the Kid and Wyatt Earp. Other characters get walk-on parts, such as Ulysses S Grant, Doc Holliday, Pat Garrett and so on, but most of the story is told through the lives of the six principals. An effort is made with the make-up and costumes to render the actors who play these figures as lifelike as possible. John C Bailey is Custer. I recognized him but can’t recall from where. American Indians take the parts of Crazy Horse and Sitting Bull, so that’s good (Will Strongheart and Mo Brings Plenty). David H Stevens is Jesse James, Derek Chariton, who looks just about young enough, is Billy the Kid, and Jonathan C Stewart is Earp (looking more like movie Wyatts than the real one, I’d say).

In successive episodes we flit between the careers of these six.

Normally, I have no problem when Westerns err and stray from the path of historical accuracy. After all, they are entertainments more than information. But when the show is billed as history, and serious historians are interviewed on it, you do expect fidelity to the facts. It’s important because many viewers, particularly younger ones, will tend to believe what they see and hear from such an august presentation.

Experts on the subject of the history of the West (I am not one, though have read a fair bit on the subject over the years) will spot many errors of a technical kind (the revolvers used by Custer at Little Big Horn, for example, or his command that his men use their sabers, which had been left boxed at Fort Lincoln) and more seriously misleading aspects such as the role of Wyatt Earp.

In Earp’s case the show goes for the old Stuart Lake/movie/TV idea that Wyatt Earp was the boss lawman – indeed, the only lawman – in Dodge. He is shown wandering the West and then fetching up in Dodge where he cleans up the town single-handed. There is no mention at all of Marshals Deger, Masterson or Bassett, or of County Sheriff Bat Masterson. We only see Wyatt, alone, buffaloing drunken cowboys in saloons and hauling them off to jail. Eventually, after the killer of Dora Hand is freed, corruptly, he is disillusioned and decides to light out for Tombstone. Now I’m sorry, but this won’t do.

Similarly, once in Tombstone, brothers Virgil and Morgan are relegated to mere sidekicks, as in most Western movies. It’s Wyatt who gives the orders. It is certainly true that once Virgil had been maimed and Morgan killed, Wyatt did become the boss Earp, seeking to punish those responsible when the law failed to do so. Eldest brother James seems to have faded out, and youngest brother Warren came in to help, but it was Wyatt who conducted the so-called vendetta ride. Yet to portray Wyatt Earp as the man who cleaned up Dodge and Tombstone pretty well on his own is a serious distortion of the facts.

As for Jesse James, something similar happens. Older brother and more experienced guerrilla Frank James is relegated, as in all the movies, to a secondary role, often doing Jesse’s bidding. This was slightly truer, up to a point, in that Frank did fade a bit as the criminal career developed; he seems to have wanted out. And it was Jesse who was skilled at manipulating the media in his favor. But while we accept Frank’s sidekick status in movies, we don’t, quite, here.

Much is made of the James gang’s depredations, to the point where Grant (Morgan Lund) is said to be fighting a full-scale war on two fronts, against the unreconstructed Confederates in Missouri and the Indians in the West. Grant doesn’t do or say too much, Mr Lund being told to just gaze out of windows and smoke cigars contemplatively. In the show Jesse and his cohorts rob passengers so often that you’d think he was holding up trains three times a week for ten years. They are attacking Northern corporate interests and money, you see. In reality, this old chestnut of Jesse James raiding the railroads as exploitative Northern corporate oppressors, much beloved of movies from Fox’s Jesse James (1939) onwards, doesn’t stand up to scrutiny. James rarely robbed the passenger cars. It was the express companies that were his targets, not the railroads per se. He just wanted the ready cash being carried.

Many movie-isms come into Billy the Kid’s showing too, for example that he killed 21 men, or that he was personally responsible for murdering Sheriff Brady, rather than participating in an ambush with others – The American West has him walking up to Brady in the street and shooting him dead with a pistol. Governor Lew Wallace doesn’t appear at all, and there is no ‘bargain’ that is reneged on. Billy meets Jesse in a Las Vegas NM saloon, where Jesse tries to recruit him and the two come close to a showdown. The two may have met, in fact, though we have little hard fact to prove it. There’s no rock house at Stinking Springs but a cabin, as per most movies, and there’s no outhouse incident in Lincoln NM: he gets Deputy Bell to take off his manacles so that he may eat, then overpowers him. And so on. Many of these interpretations don’t affect the basic truths. But some do.

Maybe I’m being too picky. But I don’t think so. The show is billed as a large-scale history of the West and as such it ought to have done a better job, quite honestly.

But I think the dramatized documentary style militates against that and there is too much temptation to go for the dramatic, and reuse the movie clichés.

Such as Crazy Horse being the one who finally shot down Custer on the battlefield. He could have, I suppose. But did he? 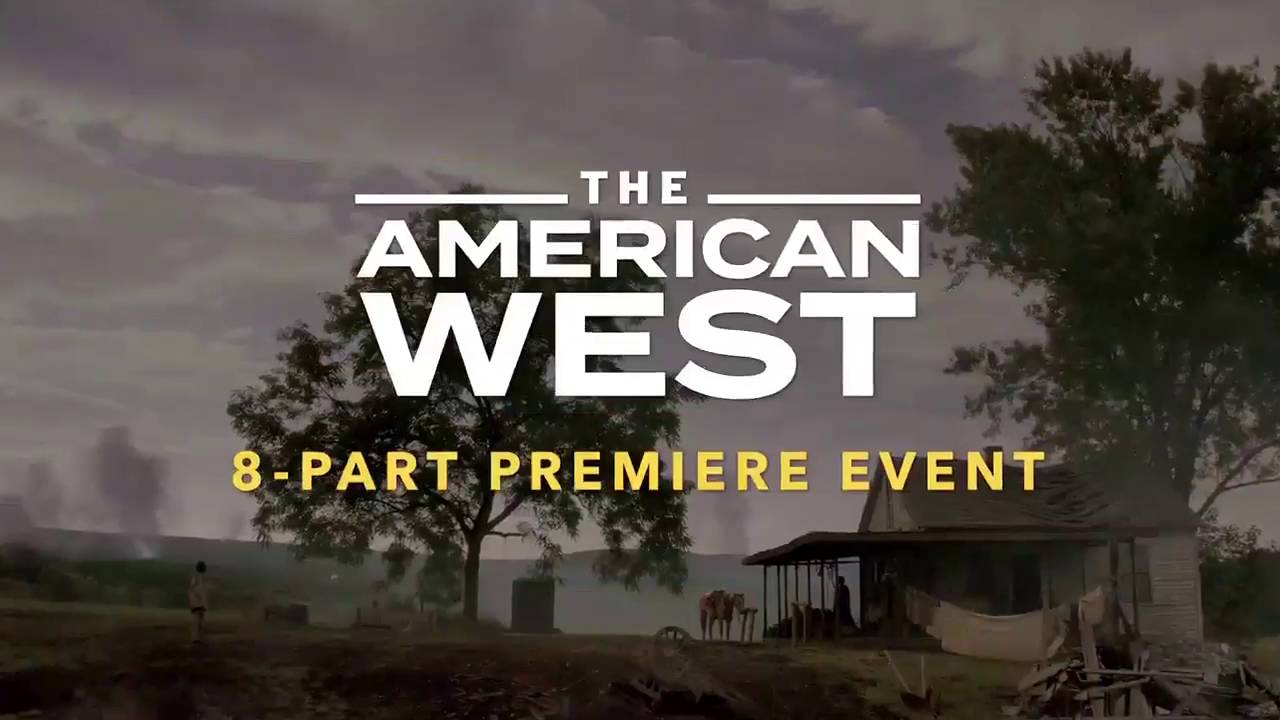 Robert Lloyd in The Los Angeles Times said, “What’s fresh in this retelling…is the degree to which it has gone in for re-creation as opposed to documentation, and the fact that it has drafted movie cowboys.” He added “it’s more dress-up than drama, more reenactment than documentary.” Rob Lowman in The Los Angeles Daily News called the series “more entertainment than insightful.” He added “The American West doesn’t dig into the ramifications of transformation of the West, preferring to keep skipping through history.”

It’s lightweight, honestly. You could while away an hour or two with it but I wouldn’t consecrate a whole Saturday to it, as I rather foolishly did. And ended up with a cross dog.