Billy the Kid in fact and fiction 9 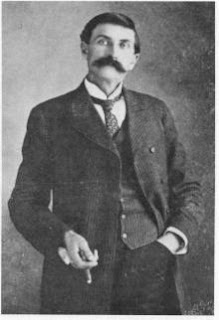 The Kid is taken   In the election of November 1880, sitting Sheriff George Kimball received 170 votes but his challenger, Pat Garrett, got 300. Acknowledging the decision, Kimball immediately appointed Garrett his deputy until the transfer of authority in January, and more to the point, New Mexico US Marshal John Sherman made […]