“The best behaved gent this side of Snake River”

Tex Rides with the Boy Scouts was one of seven one-hour Westerns that Tex Ritter made in 1937. These pictures often had a young lad in them, for the majority of the audience (and their moms) to identify with, but this one had a whole gang of them, I mean troop. These boys were always of the ‘plucky’ kind, and the plot idea goes right back to Treasure Island’s Jim Hawkins, Twain’s Tom Sawyer and doubtless well before. You also have (grown) heroes who will be aided greatly by the plucky lads in uncovering crooked skullduggery, and usually the heroes repay this assistance by saving the boys from some danger. 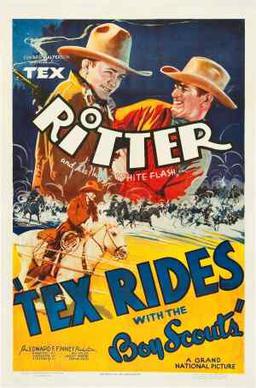 The pictures were extremely formulaic, following a precise development. You had to have a boss crook (in this case Forrest Taylor) who has masterminded a robbery or some nefarious scheme, and he has to have thuggish henchmen, often listed in the cast as, say, Henchman Pete (Lynton Brent). Boss and henchmen would plot in a cabin. The great Milburn Morante is a henchman too, in this one, disgracefully uncredited. Probably the best bad guy, though, is Charles King as Bert. He has the best lines and is the most thuggish of all; he argues the whole time with his boss about the need to be more thuggish.

The hero (Tex, obviously) will be perhaps a government agent undercover, aiming to unmask the villains and bring them to book. He will of course have a fancy horse (White Flash, naturally). And there will be a girl (this time Marjorie Reynolds) for the hero to dally with. She will probably dislike him at first, because of some contretemps, but gradually his sheer goodness, charm, singing voice and all-round handsomeness will win her round. Of course, Tex will only canoodle with her in a diffident aw-sucks kind of a way; they won’t actually kiss or anything.

There had to be songs, and Tex would croon at least one to the girl, while there would be a dance in the plot so that other ditties can be trilled. Tex had quite a tenor voice, as you know, and is probably best remembered for singing the intro ballad for High Noon, asking his darling not to forsake him. The juvenile audience was probably less keen on the songs but their parents liked them, and whistled them in the car on the way home. Tex would be backed by a country & western band, some sub-Sons of the Pioneers crooners, in this case The Beverly Hillbillies, and if it was lucky the band would get a song on its own.

Lastly, you’d have to have a spot of comic relief with a sidekick (or two) – in this case, Stubby and Pee Wee (Horace Murphy and Snub Pollard).

Basically, you’ve seen one of these Westerns and you’ve seen them all. And yet they still, even today, have a strange fascination. They were artifacts of a more innocent time.

This one was directed by Ray Taylor, who worked on no fewer than 105 Westerns, as well as countless sci-fi, jungle, secret agent and crime pics of a similar kind, from the silent Fighting with Buffalo Bill in 1926 and a silent Whispering Smith in ’27 to his last feature, a Lash LaRue flick of 1947, Son of Billy the Kid, and finally a TV movie with Johnny Mack Brown in 1966. Directors like Taylor were workhorses, with few pretensions to be artists, but they were real pros, turning out pictures on time and on budget for years and years.

This particular picture was written by Edmond Kelso and Lindsley Parsons (the latter also “production supervisor”). Both were relative newbies in 1937 but they would become enormously experienced. Parsons would write for John Wayne and become a producer (as did his son), working a lot at low-budget Monogram and its successor Allied Artists. 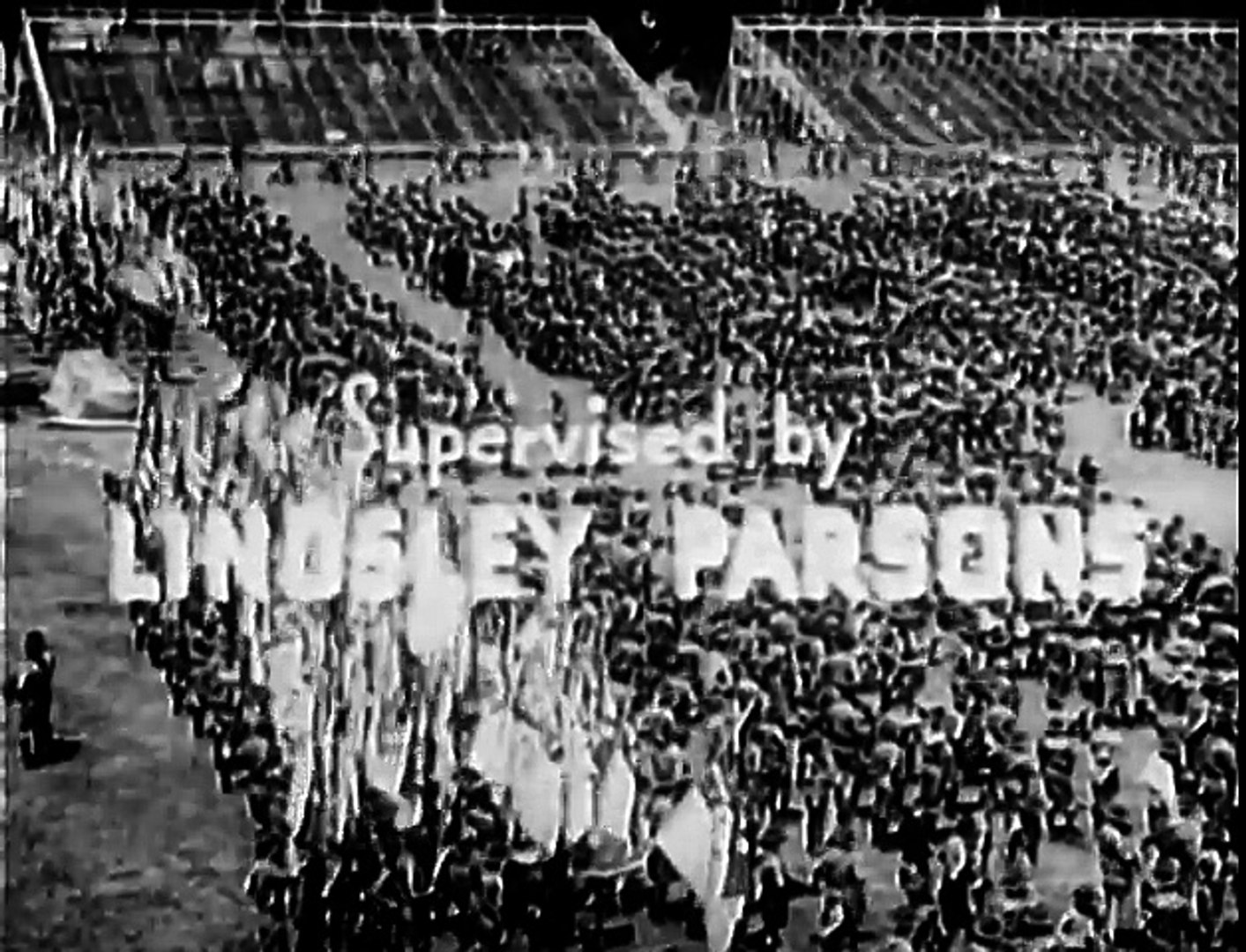 Tex Rides with the Boy Scouts starts with rather tedious stock footage of the National Scout Jamboree in Washington, DC promoting the “Worldwide Boy Scout Movement’ but once we get past that it’s straight classic Western action.

These pictures inhabited a curious twilight world between ancient and modern, in the sense that the chief villain and leading lady wore 1930s clothes and often drove 30s cars, while the heroes and henchmen wore range duds and galloped about in Stetsons with pistols on their hips. No one seemed to ask when it was supposed to be, or where. It was just ‘the West’.

There’s a painful stereotypical ‘Chinaman’, Sing Fung (Philip Ahn) who runs a laundry, which is verging on the offensive to modern audiences but it was what it was, in them days. Apart from this, the whole thing is harmless fun and we can still cheer the good guys and boo the bad ones (especially when the crooks’ boss, the utter skunk, shoots a boy scout).