The Producers: the Westerns of Carl Laemmle

Movie moguls are also producers, and some were particularly hands-on, not just signing the checks and greenlighting pictures but being actively involved in casting, scripts and so on, so Universal boss Carl Laemmle fits into our series The Producers very well.

And because Universal specialized for years in Westerns, especially programmers for the less than ritzy chains of theaters, Laemmle was inevitably a key player in our noble genre.

In January 1884 a rather unprepossessing young man of 17, short, very modestly educated, speaking little English, took ship, the SS Neckar, in Bremerhaven for New York. No one could have guessed that the boy from Laupheim, in the then Kingdom of Württemberg, would become a captain of industry (an industry which hadn’t been invented yet) and in a place that hadn’t been named yet. Karl Lämmle, as he was then, was the son of a cattle merchant who lived pretty well in poverty, and he was one of only three of the man’s twelve children to reach adulthood. When the lad was 13, Karl’s mother apprenticed him to learn accountancy.

Landing in the US, he settled in Wisconsin, then Chicago and lived there twenty years, working as a bookkeeper. In 1906, at the age of 39, Laemmle had saved enough to open a retail store, his ambition, but he became fascinated with the new motion pictures and the nickelodeons that showed them. In a fit of impetuosity, he changed his mind. With his $2200 he started one of the first movie houses in Chicago, the White Front on Milwaukee Avenue. 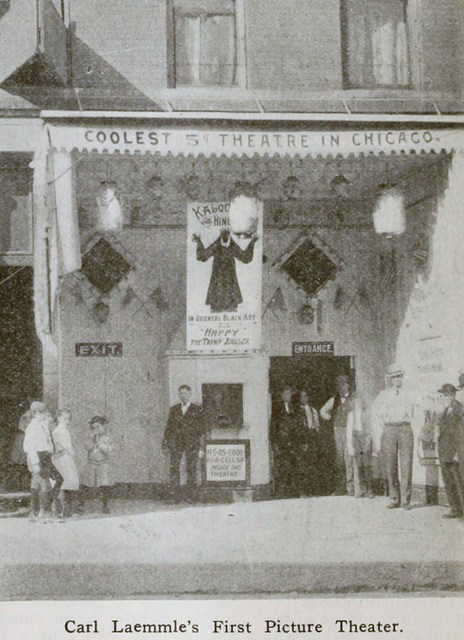 Then he set up another and in no time they were bringing in $200 a week. Soon he had a chain. Now he branched out into a film distribution business (then known as a film exchange, the critical revenue mechanism at that point in the movies) and he challenged Thomas Edison’s monopoly on moving pictures, under the Sherman Anti-Trust Act of 1890. As part of his offensive against Edison’s company, Laemmle began advertising individual actors to whom the new word stars was given, most famously Mary Pickford. 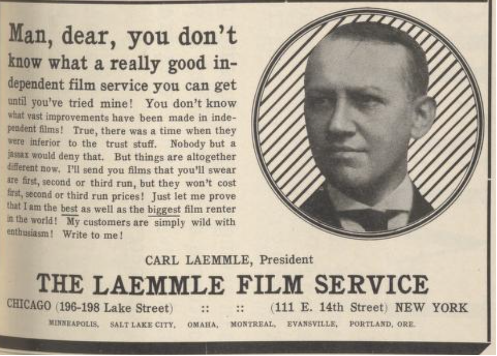 Carl Laemmle (as he now was) moved to New York and started Independent Motion Pictures (IMP). In 1912 he persuaded five other owners of small motion picture companies to merge with his own, forming the “Universal Film Manufacturing Company” in New Jersey, the ‘Hollywood’ of the day. 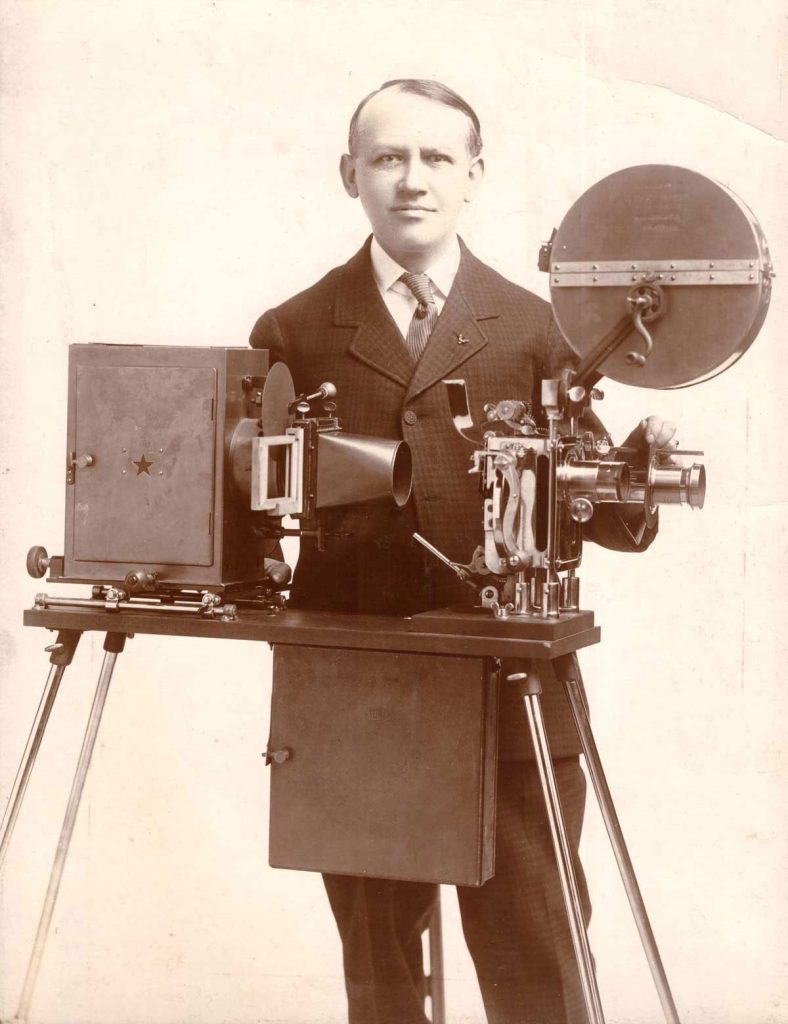 But California beckoned. There the weather was more reliable for outdoor shooting, the landscape more suitable for the Westerns that were already the staple of the business, and land was cheap. In March 1915, Laemmle opened the world’s largest motion picture production facility, Universal Studios, on a 230-acre (93 ha) converted farm in the San Fernando Valley, just over the Cahuenga Pass from LA. He purchased as a residence for his wife Recha, a clothier’s daughter (who died from the Spanish Flu in 1919) and children Rosabelle and Julius (who would become Carl Jr) the former home of film pioneer Thomas Ince on Benedict Canyon Drive. The studio thrived, and from the start Westerns were a key product. Laemmle made hundreds of them, shorts and features. The first Laemmle Western that we know about was His Last Game in 1909, made when his company was still IMP, a twelve-minute one-reeler now lost, with unknown cast. In 1911 Laemmle produced The Stampede, written and directed by Thomas Ince and starring Mary Pickford.

In 1915 Laemmle started using actor and director Francis Ford, the lover then wife of a new ‘star’, Grace Cunard, and Frank, as he was known, proved particularly adept at making Westerns. Frank was joined by his younger brother Jack, as actor, assistant and general factotum.  Jack Ford, later to be more famous as John Ford, soon began directing in his own right, the more so when Frank’s scandalous behavior began to embarrass Laemmle.

Tragically, the vast majority of these pictures have not survived. The occasional one has, and we can already see the quality in such Westerns as Jack Ford’s Straight Shooting of 1917 (see index for review) which featured Universal’s major star of the day, Harry Carey, as the character Cheyenne Harry. Bucking Broadway, also 1917, is another to watch, as well as Hell Bent, from 1918. 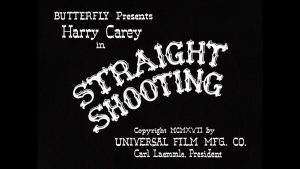 Some of these pictures were made in spite of Laemmle rather than because of him. He wanted the Fords to turn out two-reel shorts, which were cheaper to make and sold well with the exhibitors. The Ford brothers had ambitions to make features, five- or six-reel pictures of an hour or more. When the Fords made a feature, by wangling extra film stock (they pretended that some had been spoiled, for example) Laemmle was actually pleased. “If I order a suit of clothes and the fellow gives me an extra pair of pants free, what am I going to do? Throw them back in his face?”

Laemmle was suitably avuncular and had a reputation as the most good-natured and least neurotic of the studio bosses. 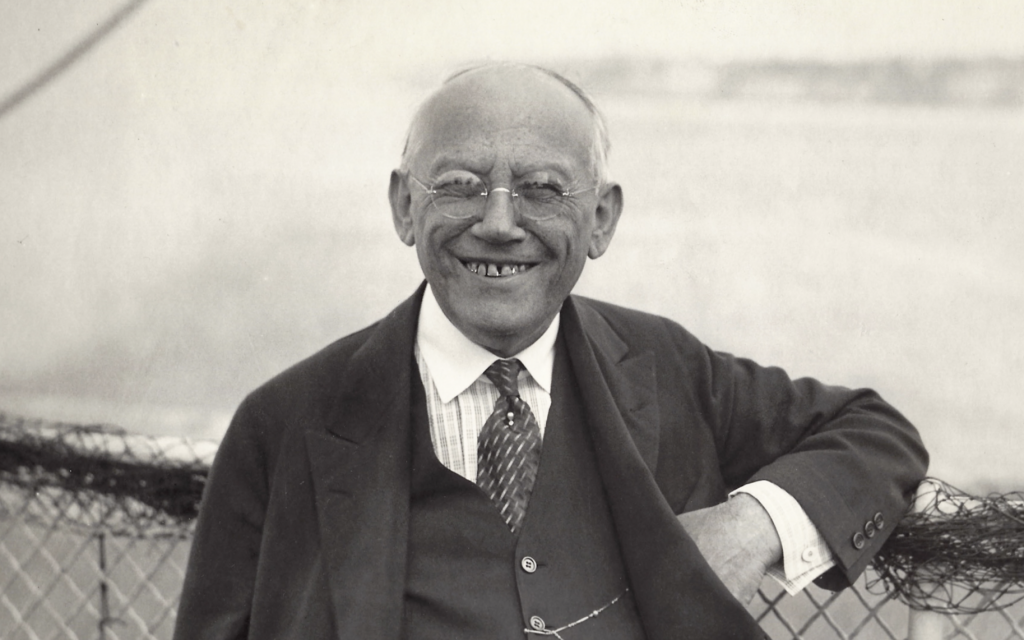 As well as the Fords, Laemmle often used actor/director Jacques Jaccard, B Reaves Eason, known to all as Breezy Eason, and Jack Conway, who would do so well at MGM later. After Carey, preferred Western actors were Eddie Polo and, from 1920, the great Hoot Gibson. Later on, Jack Hoxie made a lot of pictures for Laemmle.

These pictures were probably not great art, and weren’t designed to be, but they were enormously popular – and they made money.

In 1925, Laemmle gave a directing job to a young man named William Wyler. The young fellow was the grandson of Laemmle’s first cousin, and indeed it was that first cousin’s husband who had loaned Carl’s father the 34 marks needed for the steerage ticket on the Neckar to New York, and had seen the lad off that day. So Laemmle probably thought he owed the family. He paid for Willi’s passage to the US and gave him a (menial) job at $25 a week (with $5 deducted till the fare was repaid) when he got to Hollywood.

Gradually, the young man worked his way up, to be second assistant editor, assistant director and, at the age of only 25 (he was Universal’s youngest ever) film director. What did William (as he became known) start on? Why, Westerns, of course. They were twenty to twenty-four minute two reelers, known as Mustang Westerns, destined for the movie houses in ‘the sticks’, but Wyler put a lot into them and got promoted to 5-reel ‘Blue Streak’ oaters. All his first thirty movies were Westerns.

Willy wasn’t the only friend or family member who got preferment.

Carl’s niece, Rebekah Laemmle, known professionally as Carla Laemmle, appeared in several films (though not Westerns, which was remiss of her) until her retirement from acting at the end of the 1930s. Other family members included writer Isadore Bernstein (42 Westerns, including Universal’s Tom Mix talkie Destry Rides Again), producer Julius Stern (only one Western), and producer Abe Stern (also only one Western), all brothers-in-law, as well as nephews Ernst Laemmle, a director/writer of 45 silent Westerns, many with Fred Humes, and Edward Laemmle (37 Westerns between 1920 and 1932, such as Days of Buffalo Bill with Art Acord). Cousins Max and Kurt Laemmle started a chain of movie theaters. And so on.

As the New Yorker’s resident wit Ogden Nash put it,

Has a very large faemmle.

Uncle also had a shrewd eye for young fellows with potential even if they weren’t relatives, men such as Harry Cohn and Irving Thalberg, who were to become big wheels in the Hollywood machine.

Of course the most obvious promotion of a family member was when Carl’s son Julius, known as Junior, was made general manager at Universal as a twenty-first birthday present, in 1928. It was he who pioneered the transition into sound pictures – for example he (rather grudgingly) assigned Wyler to Universal’s first talkie Western, the excellent Hell’s Heroes in 1929, though he did everything he could to hamstring the director during filming and post-production.

Junior didn’t favor Westerns much but he did put Tom Mix under contract when the star of the silver screen, now in his fifties, wanted to do some talkies. Pictures such as Destry Rides Again and My Pal, the King were commercial successes.

In addition, Junior OK’d the 1932 Law and Order, directed by Edward L Cahn (certainly that uninspired director’s best Western) and based on the book by WR Burnett, starring an excellent Walter Huston and, back again, Harry Carey. It was a Wyatt Earp/Doc Holliday yarn, though the names were changed, and still today is one of the best tellings of the Tombstone tale.

Uncle Carl remained involved and was influential in many Westerns right up to 1937. One thinks of those Buck Jones talkies, directed by Buck himself or by Lesley Selander and Ray Taylor, as well as Ken Maynard pictures, and the James Cruze-directed Sutter’s Gold in 1936.

In the non-Western arena Junior took Universal into big projects such as the Oscar-winning All Quiet on the Western Front in 1930 and Dracula and Frankenstein in 1931, both with Lon Chaney, but he was better at spending than at cost control. Of course all the studios, and exhibitors, suffered much from the Great Depression in the early 30s. By the end of 1935, Universal had spent so much money, and had so few hits that J Cheever Cowdin offered to buy the Laemmles out. The notable success, both financially and critically, of the 1936 film Show Boat delayed the inevitable but eventually both father and son were forced out of the company. Neither worked on another film again. 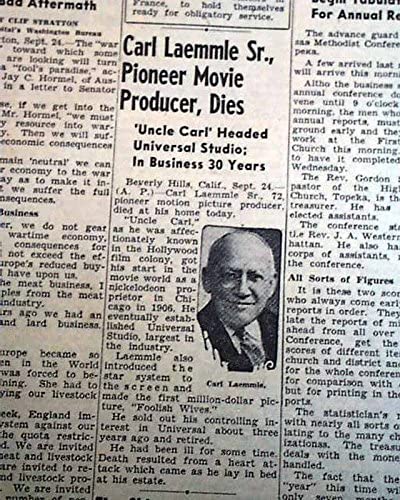 PrevPreviousThe Westerns of William Wyler
NextThe Power of the Dog (Netflix, 2021)Next

PrevPreviousThe Westerns of William Wyler
NextThe Power of the Dog (Netflix, 2021)Next
Jeff Arnold © 2023 – All rights reserved – Designed by BetterCallChris
Scroll Up