Set early, in 1850s Oregon, starting with pouring rain and a ship in the background, Canyon Passage is a holster-less Western in which guns are realistically stuck in pants and belts. It’s very good. A lot of the credit for that goes to the Ernest Haycox novel on which it is based, skillfully adapted for the screen by Ernest Pascal. The story is plausible, the relationships complex, the dialogue authentic and often moving.
.
.
Credit also has to be given to Jacques Tourneur for this, his first and perhaps best Western (he later did several others, working especially with Joel McCrea. The direction is subtle and he draws underacted, powerful performances out of the cast, especially Dana Andrews, who is excellent.
. 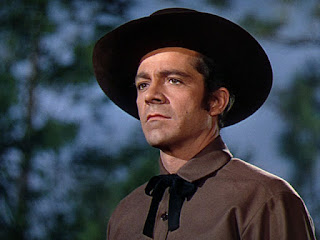 .
Andrews plays a successful store-keeper and freighter, a man who is restless, unsatisfied and doesn’t know really what he wants. His best friend is Brian Donlevy (definitely one of his better Western parts), a compulsive gambler who embezzles to pay for his habit. The two compete for the affections of red-headed, fiery Lucy (Susan Hayward in her first of eight Westerns: she was always absolutely outstanding), yet Donlevy lusts after the wife of the consumptive gambler he loses to (Onslow Stevens, excellent) and Andrews has proposed to Caroline, an English rose (Patricia Roc). Andrews and Donlevy are more alike than at first appears. Both are gamblers (Andrews over-extends his business, Donlevy plays poker, badly). Both are rootless and have itchy feet. They do what they do but have not settled. 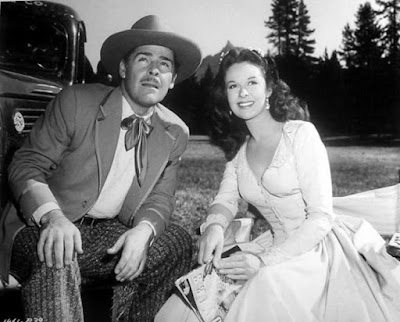 .
There are four excellent minor characters: odious bully Ward Bond, bushwhacker, rapist, killer; preacher Frank Ferguson; mob leader Lloyd Bridges out to hang Donlevy and anyone else he disapproves of; and cynical minstrel Hoagy Carmichael, wry observer, a one-man Greek chorus. All are very good indeed. There are also great performances from Andy Devine and Dorothy Peterson as a settler couple and their two sons (played by the Devine boys). 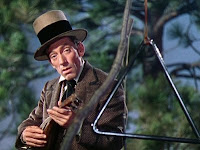 There are fearsome Indians on the warpath who burn a cabin (which we had seen raised by the community in a heart-warming scene) and murder the young couple of owners. Yet Andy Devine says at one point, “It’s their land and we’re on it.” This is not a one-dimensional Western like so many. It is lifelike. No one is all good or all bad, except perhaps Ward Bond who has very little to recommend him and eventually gets his just deserts at the end of a scalping knife, though we almost feel sorry even for him at the end. 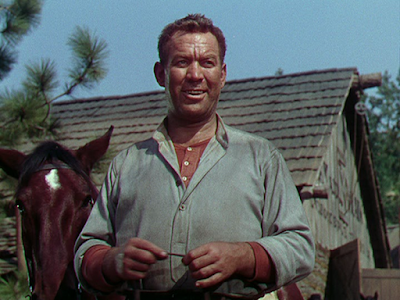 The photography (by the highly talented Edward Cronjager) and Oregon locations are beautiful. They make you want to go there. And the color of the Optimum Western Classics DVD print is warm, subtle and entirely fitting. The music is by Frank Skinner, often lyrical, and of course Hoagy contributes the occasional (rather 1940s) song. Everyone’s hairstyle is rather 1940s too, especially the women. Never mind.

This is a very classy Western.