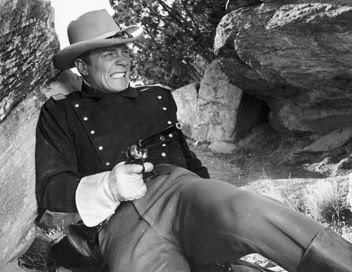 I wouldn’t call Fort Yuma much more than a minor Western, honestly. It’s pretty standard stuff about a young(ish) Indian-hating lieutenant who comes to a more moderate view thanks to the missionary woman (Melanie Crowne) in his party. There’s quite a bit of action as the Apaches dress up as cavalrymen and try to take the fort. There’s some nice location scenery (Utah standing in as Arizona).
.

.
It was directed by the prolific Lesley Selander – not, perhaps, a name to rank with John Ford or Howard Hawks but he helmed no fewer than 123 oaters over a 43-year period. He knew a thing or two about Westerns, alright. Mind, he was in little danger of winning an Oscar and most were pretty limited in budget.
.

.
It got me thinking how popular movies about forts were. I guess it was the idea of brave heroes defying impossible odds in wild terrain. Westerns were made about Fort Apache (the greatest ‘fort’ picture of them all, of course), Fort Bowie, Fort Courageous, Fort Defiance (Graves was in that one too), Fort Dobbs, Fort Massacre (though that was just a nickname a trooper gave it), Fort Osage, Fort Ticonderoga, Fort Utah, Fort Vegenace, Fort Worth (more about the town than the fort) and  Fort Yuma. Only the Valiant was also known as Fort Invincible (and has a proper wooden, Beau Gestey fort). Forts appeared in many other non-Fort-titled Westerns too, such as Fury at Furnace Creek, The Indian Fighter, Tomahawk or The Savage.
.

.
Of course, forts were usually shown as wooden pallisaded structures and Indians often attacked them. If you’ve ever visisted any real forts in the West you know they later-period Western forts weren’t like that at all (though some of the early ones were). In the 1870s and 80s, the classic ‘Western’ era, forts were more open, adobe- or stone-built military bases. Fort Apache, NM or Fort Laramie, WY for example, are great places to visit today. You get a real sense of what it was like.
.

.
Forts became central to the Beau Geste genre (Saharan Westerns, really) and other types of film. Many were filmed at Kanab Movie Fort in Utah.

.
This was built in 1954 for The Yellow Tomahawk, a lowish budget United Artists Western with Rory Calhoun, and used for various movies afterwards, and some Western TV shows. During the filming in 1979 of The Apple Dumpling Gang Rides Again, a children’s Western by Disney whose only merit was having Jack Elam in it, a fire on the set got out of hand and burned a lot of the fort down, sadly. 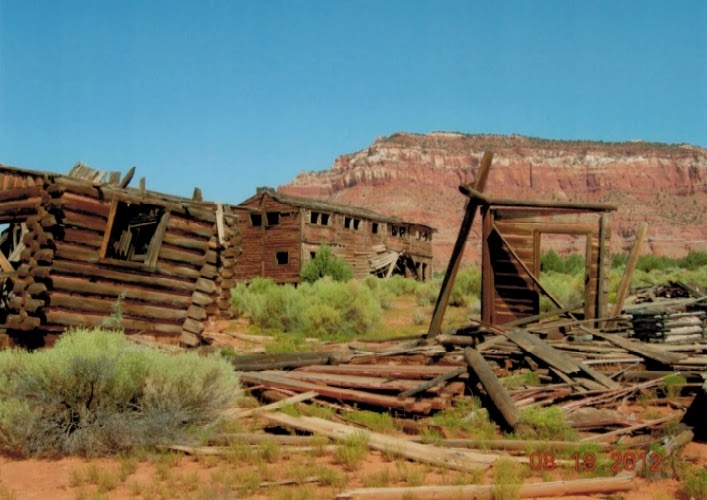 There had been a real fort at Kanab.  Begun in 1864, under the direction of Jacob Hamblin as a protection from Indians and as a base to explore the region. Severe and frequent attacks made it impractical to maintain the fort and it was abandoned in 1866. It was reoccupied in 1870 by a certain Levi Stewart and his companions sent to do missionary work and to establish peace with the Indians. In December of that same year there was a fire in the fort that killed Levi’s wife and five sons. So Fort Kanab burned down twice.

But the real Fort movie is like Fort Yuma: brave soldiers hold off Apache attack. See it if it comes on! 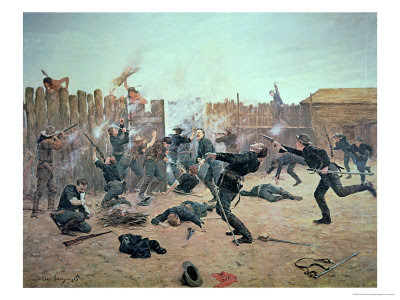