.
.
Jesse’s mother
.
.
Zerelda Elizabeth Cole James Simms Samuel (let’s call her Ma James; we can’t go on giving her that full name) appears in many (but not all) of the Jesse James movies. She has come in for her own legendization, if you’ll accept that word. She has especially been portrayed as a dear, granny-like figure, frail and timorous – think of Jane Darwell (below) in Jesse James in 1939. 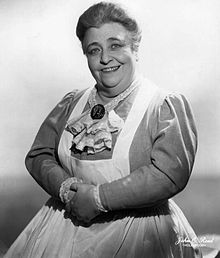 Nothing could be further from the truth.
Her age
First, her age. Why is she always so old in movies? She was Frank and Jesse’s mother, not grandmother. Jane Darwell was 60, Agnes Moorehead (The True Story of Jesse James) (was 57 and Fran Ryan (The Long Riders) was 64. Yet Zerelda was born in 1825 and was thus in her 30s during the war and her 40s during the James gang’s depredations and the Pinkerton attack on her farm. She was still in her mid-50s when Jesse was killed.
Perhaps it was the known photographs of her, taken later in life, that make casting people choose older actresses.
.
. 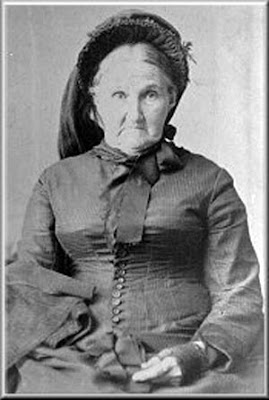 And then the “sainted mother” or benign, apple-pie aspect: well, let’s look at her life.
Her marriages
Kentucky born, Ma James attended a Catholic girls’ school. She was literate and intelligent. In 1841 she married Robert Sallee James, a hemp farmer, slave owner and Baptist preacher. They moved to Centerville (later Kearney) in Missouri.
They had four children: Alexander Franklin (Frank), born 1843; Robert James (who died after a month in 1845); Jesse Woodson, born 1847; and Susan Lavenia, born in 1849. So Frank, Jesse and Susan grew to maturity.
In 1849, Robert James moved to California to preach to the miners (though there is also some suggestion that he left to escape his domineering wife) and died of a fever there in 1850. So Jesse can hardly have remembered him.
.
. 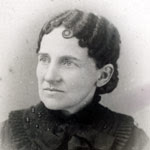 In 1852, Ma James made a second marriage, to Benjamin Simms, 22, a wealthy farmer. The marriage proved to be an unhappy one. It is said that Simms disliked Frank and Jesse. Zerelda left Simms, who died in January 1854, when he was thrown by his horse. In 1855, she married a third time, to Dr Reuben Samuel (1829 – 1908), “a quiet, passive man … widely described as standing in the shadow of his outspoken, forceful wife”. Together they had four children: Sarah Louisa (1858 – 1921), John Thomas (1861 – 1934), Fanny Quantrell (1863 – 1922) and Archie Peyton (1866 – 1875).
Her name
In many films (and sometimes in newspaper reports at the time too) the name was spelled Samuels. However, the spelling Samuel is quite clearly attested by birth records, family gravestones, and neighbors. Films referred to her variously as “Mrs Martha Samuels” (why Martha?), Mrs James, Mrs Samuels and, especially popular, “Ma James”. Only in The True Story of Jesse James and The Long Riders was she accorded her real name.
In many films (including the 2007 one) she doesn’t appear at all.
What was she like?
Ma James was a fierce and outspoken member of the pro-slavery militants of Clay County. Slaves were her most valuable possession and free-state Jayhawkers were not very far away. For her, Missouri belonged to the South, body and soul. Many movies have Jesse declare “we never owned a slave”. That is completely falsel.
.
.
All contemporary accounts agree that Ma James was a forceful, strong woman who was utterly committed to the Southern cause. She gave the “bushwhackers” outspoken support, food and shelter. When Company L of the Clay County Unionists came to the farm in May 1863 (although Jesse, at 15, was still at home, Frank was known to be with the guerrillas) they had orders “to arrest the most prominent and influential rebels and sympathizers.” And it was added, “Women who are violent and dangerous secessionists must be arrested as well as men.” Perhaps the brutal treatment meted out by the militiamen (they beat Jesse and half-hanged Dr Samuel) justified Zerelda in her own mind for signing the oath of loyalty on June 5 with no intention whatsoever of keeping her word.
.
. 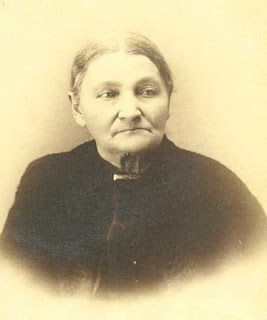 She explicitly condoned the worst guerrilla atrocities and soon after, she defiantly named her new daughter Fanny Quantrell after the noted Confederate guerrilla leader famed for his brutality in the cause of slavery (Quantrell was a common spelling of Quantrill then) “just to have a Quantrell in the family,” as she put it. Later she played hostess to Bloody Bill Anderson and his crew and, as TJ Stiles puts it, her “farm became the cause’s physical home.”

She was perfectly happy to lie as well as break oaths. After the war she attested that Jesse had been at home the day in 1869 when John Sheets was murdered. You could argue that it is natural for any mother to protect her son.
Of course, the bungled Pinkerton attack on the farm of January 1875, in which the house was partially burned, Zerelda lost her hand and nine-year-old Archie was killed, was appalling and inexcusable but it was also a boon to the propaganda effort of the post-war Southern cause and Zerelda made as much of it as possible. She was a shrewd publicist and these days would have been a skilled manipulator of social media.
She did not approve of all the dime-novel bally-hoo that her sons’ notoriety excited but she still charged a dollar a time for tours of the farm to curious tourists. The tour ended with Jesse’s grave (she had him buried an extra few feet down for fear that his body might be stolen).
She moved to Oklahoma, where Frank later joined her, and died on a train in 1911 aged 86 while traveling to San Francisco.
It is clear from this that the “Jane Darwell” version of Frank and Jesse’s mother was about as far from the reality as you could get. Of course it served the cause of the “Robin Hood” Jesse James well and underlined the decency and honesty of the harmless farm boy who was driven to war and crime by ruthless corporate interests.
But perhaps Ma James – Zerelda Elizabeth Cole James Simms Samuel – deserves a more accurate portrayal.

The nearest she got to it in film was the depiction by Fran Ryan in The Long Riders. There you get a forceful, stubborn Confederate woman ready to defend her sons and the Southern cause.
. 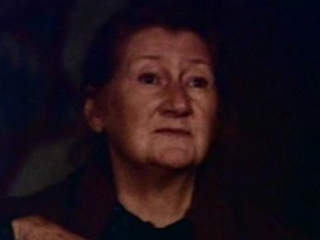 .
I don’t think she’s going to get accurate protrayal from Tom Waits, though, who sang in his song Diamond In Your Mind:
Oh Zerelda Samuel said she almost never prayed
Said she lost her right arm, blown off in a Pinkerton raid
Then they lashed her to a windmill with old 3-fingered Dave
Now she’s 102 drinking mint juleps in the shade
.
PrevPreviousLucien Ballard
NextJesse James: the booksNext