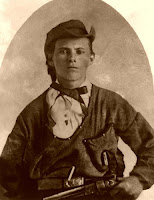 There have been hundreds, if not thousands of books written about Jesse James, from scholarly analysis to dime novel and everything in between. Just put jesse james in the search box of amazon books and see what you get.
You can’t read them all. You don’t want to. And if you buy a few at random because you are interested in the subject, they may turn out to be partisan, inaccurate or, worst of all, badly written.
So what to do?
Never fear, Jeff is here.
All you have to do is read the following and you will be entertained and reliably informed.
Until 2002, the most authoritative, not to say definitive work on Jesse James was Jesse James Was His Name; or, Fact and Fiction concerning the Careers of the Notorious James Brothers of Missouri by William A Settle, published in 1977. This rather unwieldy title masked a scholarly but readable study which, pretty well for the first time, gave us a balanced, researched picture of the Missouri bandit and his times. The blurb says:
“Jesse James,” said Carl Sandburg, “is the only American bandit who is classical, who is to this country what Robin Hood or Dick Turpin is to England, whose exploits are so close to the mythical and apocryphal.” For this definitive study no significant source of information concerning Jesse James and his brother Frank has been neglected, and from it emerges resolution of the debated point: “Were the Jameses common criminals or gallant Robin Hoods?”
In case you are wondering, the answer to the last question is both. They were common criminals but were made into heroes. But then I guess we knew that.
.
. 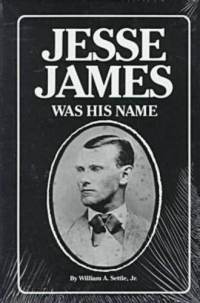 .
This book is still a good read today.
But TJ Stiles, who acknowledges a great debt to it, in his own masterly exposition, says that scholarship has moved on (it does, you know) and it was time for a revision. In 2002, Dr Stiles (who went to college in Northfield, Minnesota) published Jesse James: Last Rebel of the Civil War (New York: Alfred A Knopf, 2002). The book argues that Jesse James was a kind of proto-terrorist with a political agenda as well as a common criminal, and a self-publicist who presented himself as a fighter for the South after the Civil War.
.
. 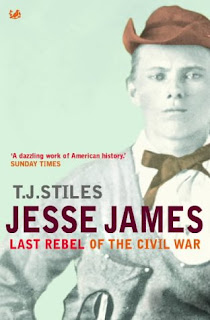 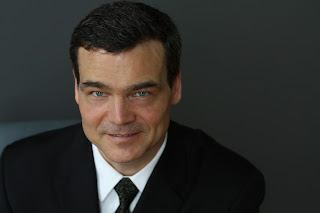 If you only read one book on Jesse James, make it this one. It’s superb.
If, on the other hand, you prefer a novelistic treatment, there are very many but start with Ron Hansen’s The Assassination of Jesse James by the Coward Robert Ford (1983). This was the book that was so closely followed for the outstanding film of 2007. It is beautifully written, at once atmospheric, realistic and authentic in tone and style. Hansen says that is sources were principally the Missouri newspapers of the day and then The Man Who Shot Jesse James by Carl W Breihan, The Crittenden Memoirs by HH Crittenden, Jesse James Was My Neighbor by Homer Croy and The New Eldorado by Phyllis Flanders Dorset, as well as the Settle mentioned above.
.
. 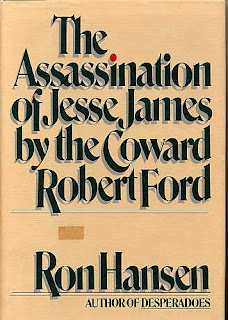 I first came across Professor Hansen’s books when I read Desperadoes (1979), his story of the Daltons, and then I read Atticus and Jesse James (I think he was written nine in all). Hansen is a ‘Catholic writer’ in the sense that he is a practicing Roman Catholic and in his novels blends drama with themes of spirituality and morality. But it’s the quality of the writing that I go for, and the gut-feeling as you read that you are getting as near to historical truth as you are likely to.
I’ve changed my mind: if you only read one book on Jesse James, make it this one.
.
. 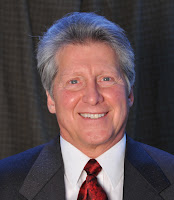 Ron Hansen
.
Now, if you are really serious about delving into the facts of the matter, well, you’ll have to start with the bibliography in the Stiles book: 16 pages of closely printed titles of primary and secondary sources. That’ll take you a day or two.
But really, stick to the Stiles and Hansen and you won’t go wrong.
.