Kennedy at his best
.

Edgar G Ulmer (1904 – 1972) is considered now a cult director. Peter Bogdanovich thinks that his films “had a clearly identifiable signature” and that The Naked Dawn was a classic. Moravian-born Ulmer worked for most of his professional life at PRC (Producers Releasing Corporation, known in the trade as Poverty Row Corp) making ultra-low budget war and sci-fi films for which he might be paid $300.
.
. 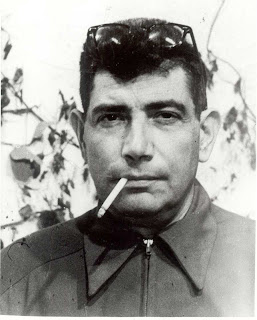 Cult director
.
The Naked Dawn was one of only two Westerns he directed (he also did a very forgettable ultra-B oater starring Guinn ‘Big Boy’ Williams in 1934, Thunder Over Texas) and on this showing it is very sad he did not do more, because despite the technical and budgetary restrictions (it was shot in six days), The Naked Dawn is a tight psychodrama with a stunningly good Arthur Kennedy as a charismatic and sympathetic Mexican outlaw.
.
. 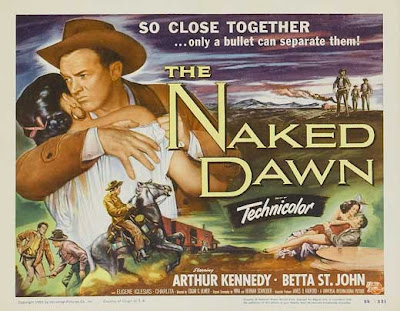 Poster gives you the wrong idea, really
.
The writing is by inexperienced Julian Zimet based (loosely) on a tale by Maxim Gorky. It’s really quite good. The story is a love triangle between Kennedy, the dirt farmer Manuelito (Eugene Iglesias, overacting wildly) and his wife Maria (Betta St John, very beautiful). They are three people who are overwhelmed by the situation they find themselves in.
It was shot in Mexico, perhaps to save money but the effect is positive in a story set there. But there is a subtlety in the interplay of the characters leading to an almost inevitably tragic end. There is a small cast and the players are pretty well unknown apart from Kennedy.
.
. 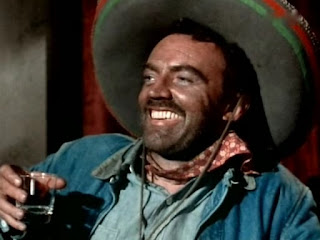 Charming rogue
.
It’s Arthur Kennedy who makes it, though. He is an aging, worldly-wise vagabond, full of charm and cheer yet destined, we know (he tells us) to end up on a rope or worse. Anger, gentleness and joie de vivre all come out at unexpected moments. His accent and appearance are also surprisingly effective.
Kennedy was not usually a Western actor that I greatly admire. He did sixteen Western movies between 1941 and a late spaghetti in 1968. He was usually the bad guy, sometimes the charming rogue. Notable performances were in Bend of the River, The Man from Laramie, Rancho Notorious, Cheyenne Autumn and Day of the Evil Gun. He was no doubt a good actor (nominated five times for an Academy award) but he was an Easterner who was better on Broadway than riding the range, and never really convinced me in oaters. However, in The Naked Dawn, perhaps because it is only really a semi-Western, he is very good indeed.
.
. 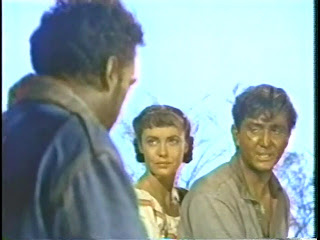 The triangle
.
It’s a ‘small’ movie, an ensemble piece with few characters and not much action but it is powerful and intense. Truffaut apparently said it was “poetic and violent, tender and droll, moving and subtle, joyously energetic and wholesome…” and that it “reminds us inevitably of Renoir and Ophuls.” Typical French auteuriste hogwash, of course. But The Naked Dawn is certainly worth a watch.