I don’t know if Tom McGowan (director) or Philip Yordan (writer) are Mormons but McGowan had done a movie called Brigham in ’77 and Yordan was executive producer of Brigham. This film is an edited-for-TV version of Brigham and is enough of a pro-Mormon whitewash for it to be made by Mormons. It’s also pretty bad.
.
. 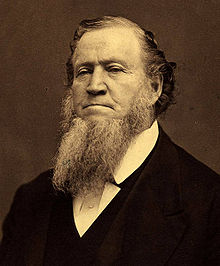 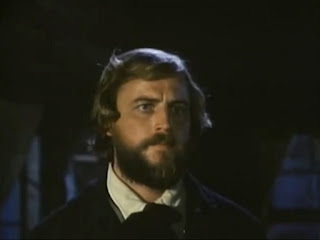 Maurice Grandmaison as Young
.
It’s about the ‘prophet’ Joseph Smith (Richard or Charles Moll) setting off on a journey through Missouri, Illinois and Utah with Brigham Young (Maurice Grandmaison) to found the Church of Jesus Christ of Latter Day Saints.
.
. 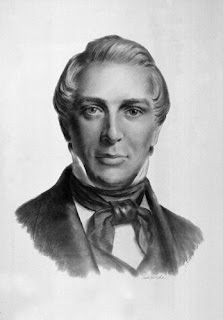 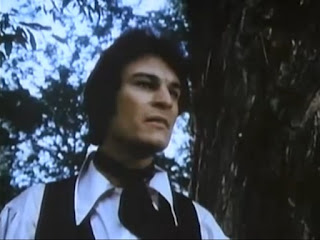 Richard (or Charles) Moll as Smith
.
As I said when reviewing the anti-Mormon September Dawn (another poor picture), I am not a Mormon, nor do I hate and despise Mormons. I have no religious axe to grind here. But from an impartial Western-lover’s point of view, this is a very low-quality movie.
.
.
Incredibly, Yordan had written for Westerns as good as The Man from Laramie and The Bravdos. Extraordinary that he was also capable of this dross.
It has its moments. The opening tarring and feathering and the later massacre in the barn are brutal and well staged. Some of the photography (Douglas Knapp) is good.
But the acting is overdone and one-dimensional and the whole story is about sweetly reasonable Christians (those are the Mormons) persecuted by bloodthirsty thugs. You get no sense of the sheer oddness of the sect’s beliefs. Polygamy is defended and made to seem perfectly reasonable. Both Smith and Young are portrayed as noble patriots, though Smith looks like some creature out of Star Trek. He might be Venusian.
.
. 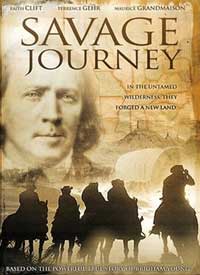 Ride wide is my advice
.
Smith is killed in a fight that is not shown. Young then takes over the reins.
There is no mention of the Mountain Meadows massacre or anything that might paint the Mormons in anything other than a saintly light. This film is in many ways the polar opposite of the anti-Mormon September Dawn, which, though a poor movie, was not as bad as Savage Journey.
Most of the actors just say the lines. Some are credited as ‘1st bigot’, ‘2nd bigot’, etc. These bigots, though, are not the Mormons but the mainstraeam ‘Christians’.
.
.
The ending is terrible, as the ghosts of Smith and Young in bright white Fred Astaire tailcoats survey the modern Salt Lake City with satisfaction. I mean, have you been to Salt Lake City?
A must not-see.
.
PrevPreviousMohawk (Fox, 1956)
NextBury My Heart at Wounded Knee (HBO, 2007)Next

PrevPreviousMohawk (Fox, 1956)
NextBury My Heart at Wounded Knee (HBO, 2007)Next
Jeff Arnold © 2022 – All rights reserved – Designed by BetterCallChris
Scroll Up