The stars are Jane’s legs, Trigger, and Bob’s car
.

Four years after The Paleface, Bob Hope returns as Junior, the son of Paleface Potter. This time Jane Russell is not Calamity jane but Mike, leader of the gang, dressed all in black, wearing tight pants and a pair of pistols. As it were. It’s the Joan Crawford look ante diem and she also has her Johnny Guitar, only it’s Roy Rogers, and a gun is hidden in the instrument, the prototype of any number of spaghetti westerns to come. La Dietrich in Rancho Notorious came out the same year so women bandidas were rather the thing. Barbara Stanwyck in the trashy Forty Guns (1957) also probably modeled herself on Mike. And of course Matt Dillon’s old flame was called Mike in those Gunsmoke pictures, as was rancheress Claire Trevor in the 1941 Texas, and Anne Baxter in Yellow Sky in 1948, but that’s enough references. And Mikes. 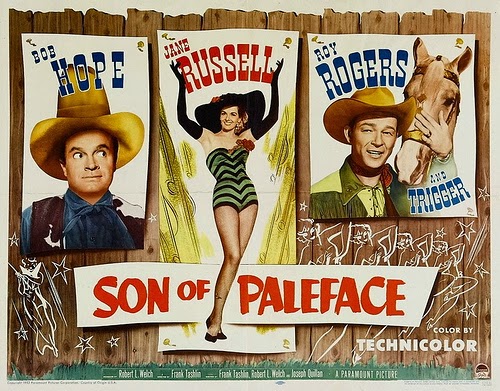 .
Bob Hope just models himself on Bob Hope. He’s utterly great. The movie is a non-stop series of one-liners and visual gags and two laughs a minute, from the titles on. There are “8 beautiful girlies (count ‘em)” and 7 songs. La Russell is preposterously over the top in sex appeal, Roy is his usual dudish, prim, narrow-eyed self, Paul E Burns is the old pard Ebenezer and Iron Eyes Cody has a bit part as Yellow Cloud, out to get Indian-killer Potter’s son. 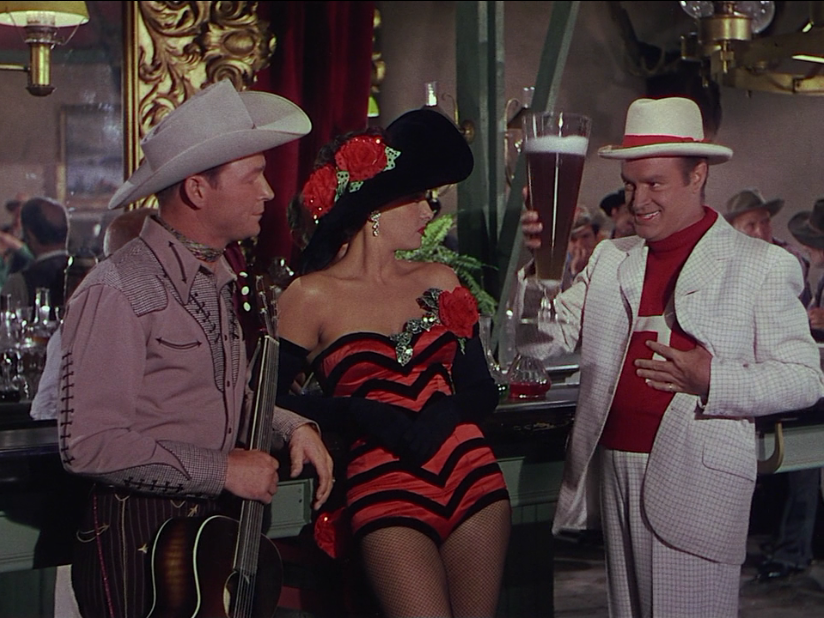 .
It’s set in Sacramento and Russell is The Torch, bandit chief extraordinaire. Roy is a federal agent out to get her. But it’s Bob who gets her in the end.
The stars are Jane’s legs, Trigger, and Bob’s car. Hope is very like Toad of Toad Hall, in driving coat and goggles, crashing a lot and wandering about dazed holding a steering wheel. 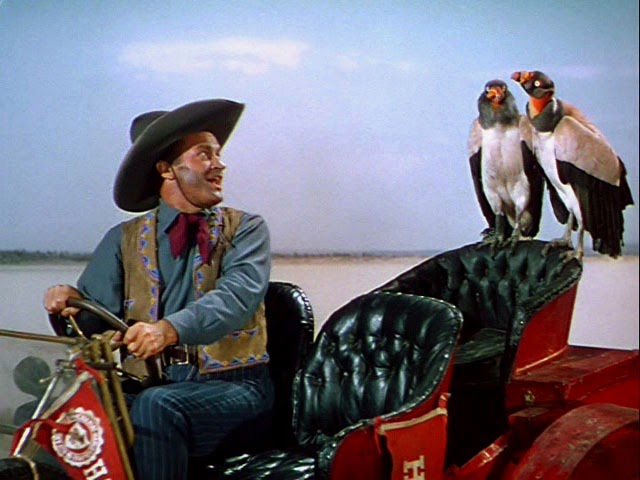 .
He foils the Indians charging after him by throwing banana skins out so that the horses slip. He wears a twenty-gallon hat just like Harpo in Go West. There are loads of Harvard and Yale jokes (Junior is class of ’95). The dénouement takes place in a ghost town whose sign announces it as ‘STERLING CITY – If you’ll pardon the expression.’ Cecil B DeMille appears from behind a camera. There’s gold in a moose.
.
. 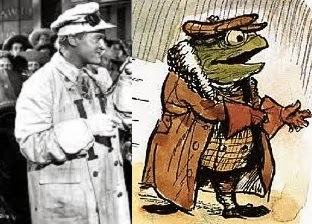 Toad                         Bob
.
Filmed on sound stages and at the Paramount Ranch, photographed by someone or other and with music probably written by someone, with no cinematic merit whatsoever (the music, photography and much of the writing were not from those who did The Paleface), it is just a hilarious, irresistible romp. It’s up there in the top ten of comedy westerns and way funnier than its founding father The Paleface of 1948. Of the four Westerns Bob Hope did, this rivals Alias Jesse James as the best, and probably wins.
You do rather need to see this one. 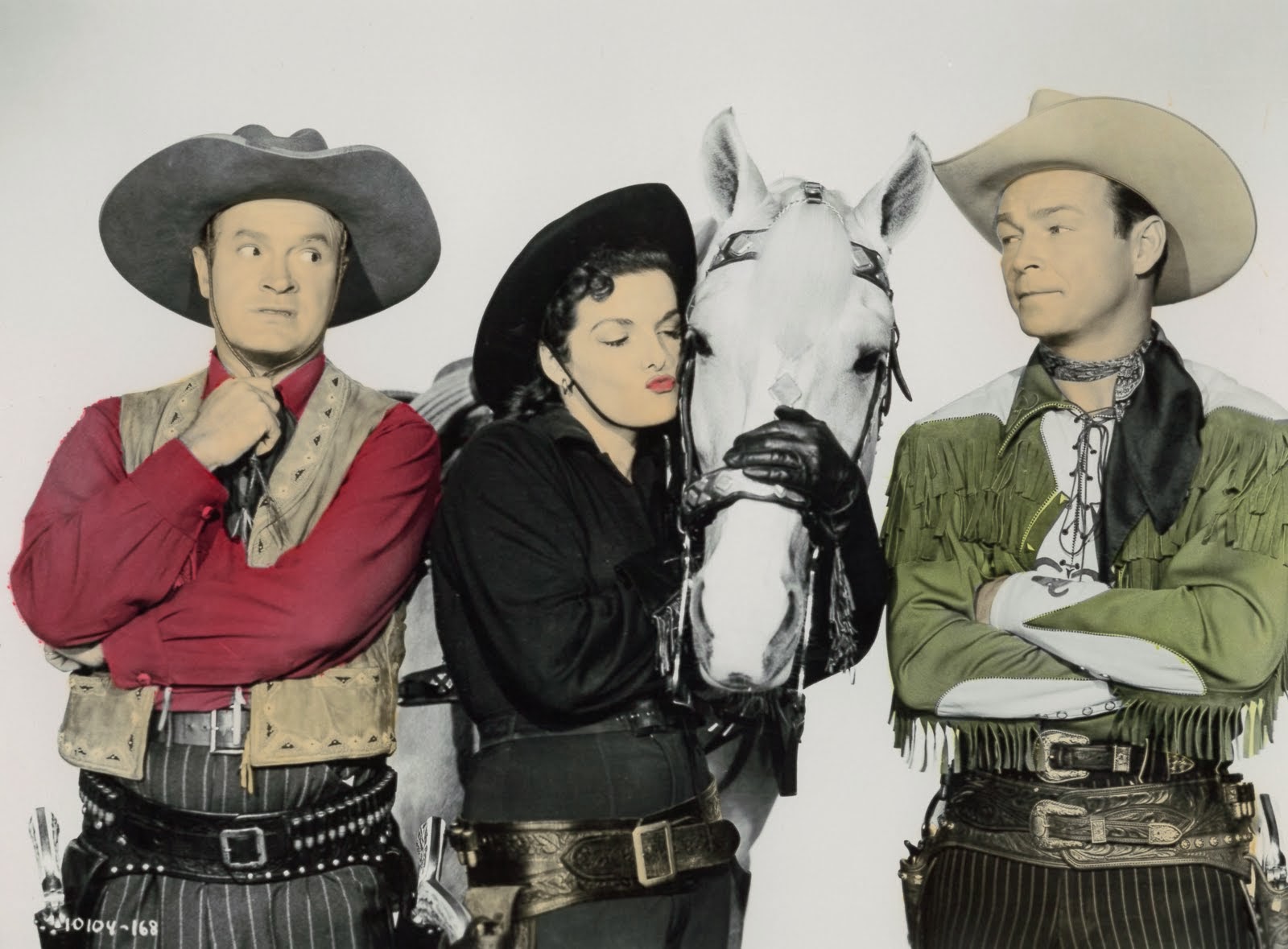