Not, I fear, Dale Robertson’s finest hour, this is an overlong cartoon Western which would have appealed in the mid-1960s to those perhaps between five and ten years of age but no one else, really.

Dale introduces it in the flesh – well, on celluloid in the flesh – and tells us that it is a story about evil men buying up land on the route of the trans-continental railroads and selling it to the government for a profit. This is apparently a heinous crime and very unpatriotic.
.
. 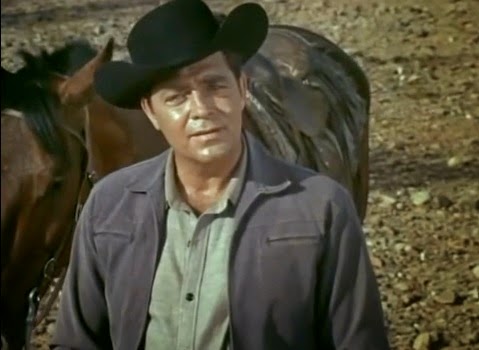 Desperately trying to boost sales of a dud
.
But actually, it only has such a plot peripherally. Mostly it’s set in Dale’s very palatial farm, Eagle’s Nest, where the anthropomorphic cartoon animals have adventures.
.
. 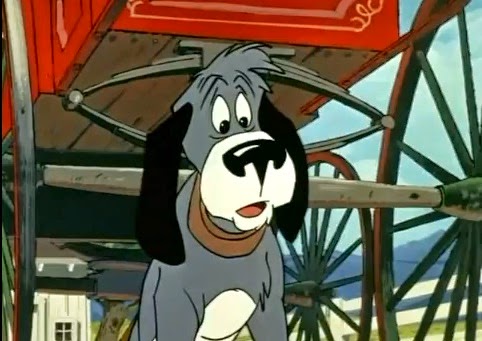 About the best of the animals
.
Only at the end of the 81-minute picture does Dale become a secret agent and foil the wicked scheme by rescuing a senator from a ship in San Francisco Bay. Or something.
.
. 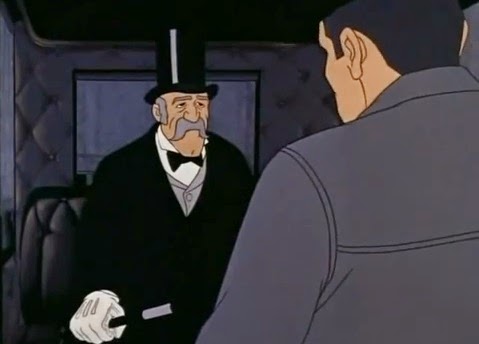 Secret agent Dale gets his orders from mysterious man in black
.
There are childish sub-Disney songs, including one apparently sung by Dale. He is co-credited with the music too.
.
. 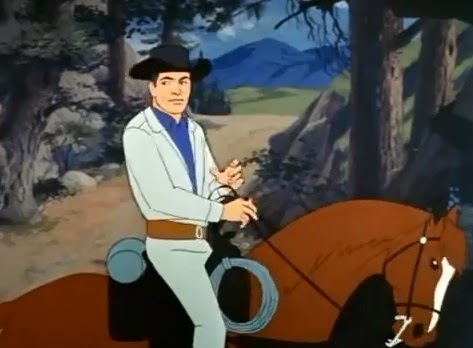 Dale on Rebel
.
The whole thing is full of stereotypes.
The only good thing about it is that he has an old-timer sidekick/factotum, Sorry, and Sorry is voiced by Edgar Buchanan.
.
. 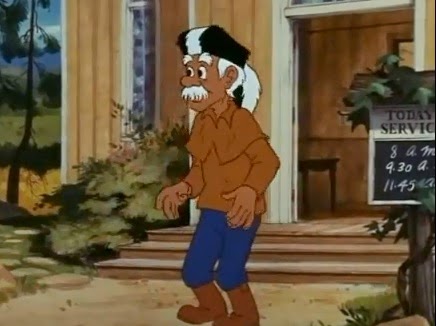 Old-timer Sorry (Edgar Buchanan)
.
Skip it, Western fans. You have missed nothing. I think even your five-year-old kids (or grandchildren) will be bored.
.
PrevPreviousBuffalo Bill and His Wild West
NextDakota Incident (Republic, 1956)Next

PrevPreviousBuffalo Bill and His Wild West
NextDakota Incident (Republic, 1956)Next
Jeff Arnold © 2022 – All rights reserved – Designed by BetterCallChris
Scroll Up