.
A lot of fun
.
.
Although the director, writer and star of the Back to the Future series had, poor things, no background in Westerns, it must be admitted that they played their limited cards well in Part III, the one where Marty and Doc go back to 1885 and get to fire Colts.
.
.
There are some affectionate references or quotations, for example to that camera pan in Once Upon a Time in the West when we are lifted over the station roof to see the town. There are some nice Monument Valley locations. Marty is saved from death by gunshot wound by an iron breastplate under his poncho. Doc Brown (Christopher Lloyd) also rescues, then falls in love with the new schoolteacher (Mary Steenburgen), in the well-known The Virginian style.
.
. 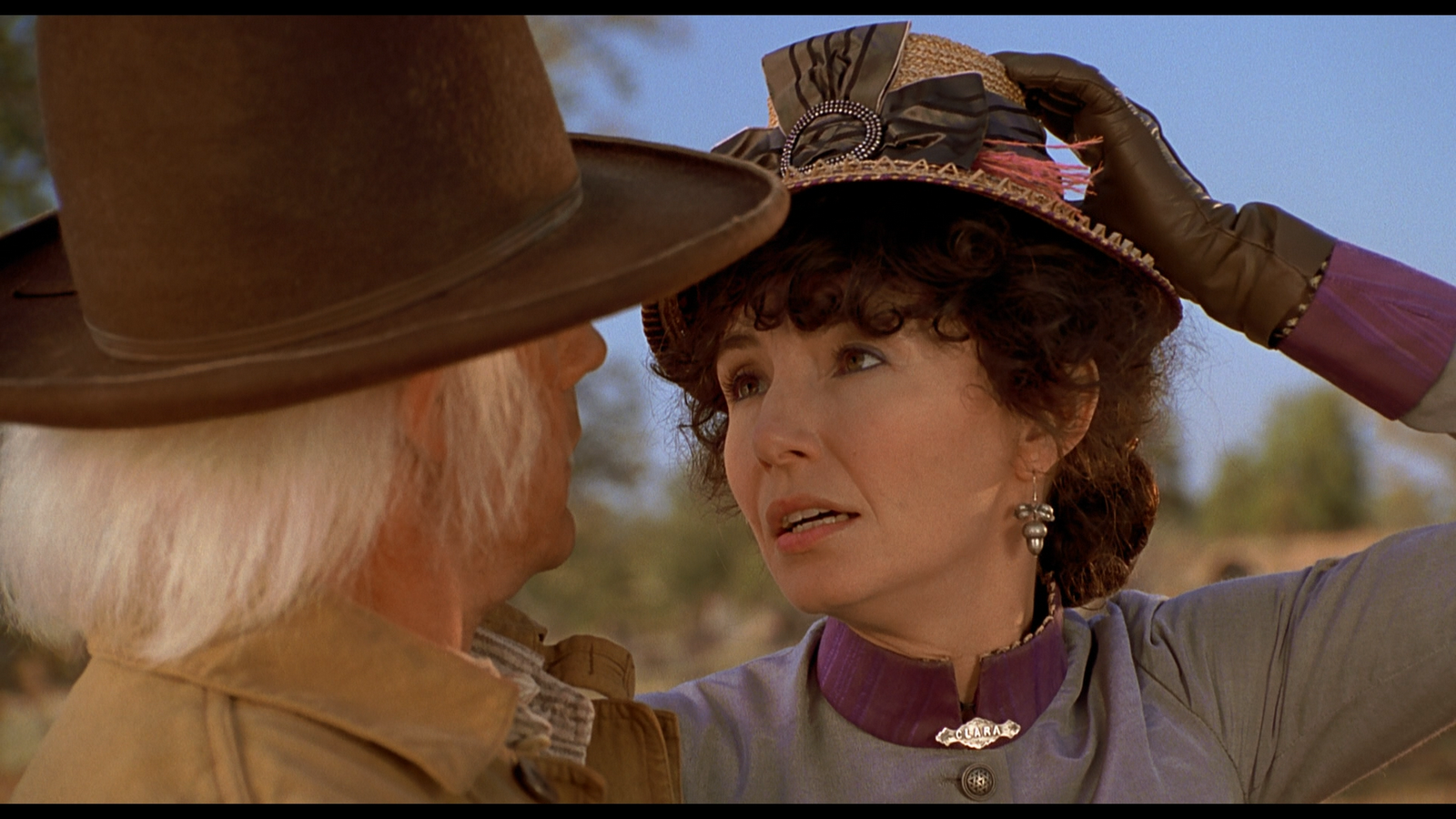 Doc falls for the schoolma’am
.
Moreover, while he could hardly be described as a hardened rider of the range, Mr Lloyd had been in four big-screen Westerns before this one, and some TV shows. I recognized the bartender as Matt Clark from Will Penny, the 1970 Monte Walsh and Pat Garrett & Billy the Kid, among others. And they wheeled out Harry Carey Jr, Pat Buttram and Dub Taylor to be old-timers in the saloon, so we all felt at home. The movie is actually a lot of fun.
.
. 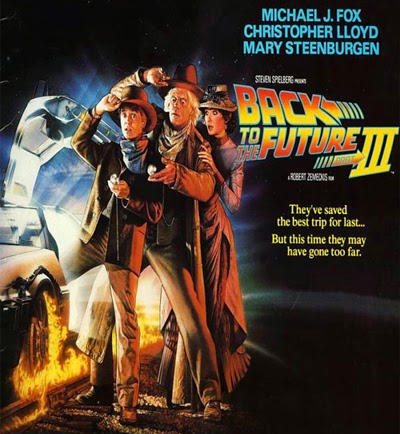 Even better than playing with Chuck Berry
.
You have to get your head around the chronology: the action opens in 1955 when they are trying, with the aid of Doc’s De Lorean time machine, to get to 1985 but have to go back to 1885 before returning to 1955. I think. But most of the action takes place in ‘the West’ in 1885.
.
. 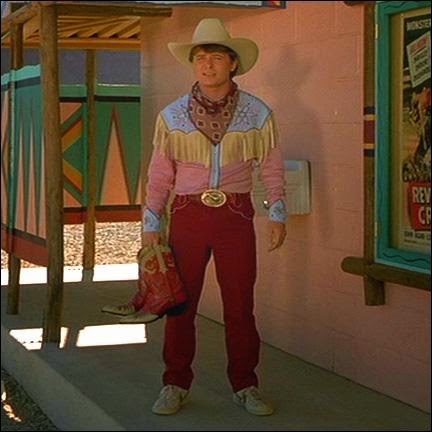 He soon ditches his cowgirl costume for a Clint poncho
. 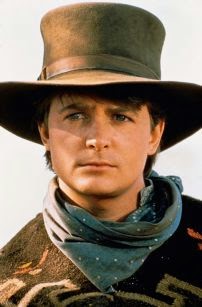 .
There’s an excellent dog, Copernicus, with a helmet lamp, a song by ZZ Top, and, best of all, the villain Buford ‘Mad Dog’ Tannen (Thomas F Wilson) has a derringer. The train wreck is properly Western too.
.
. 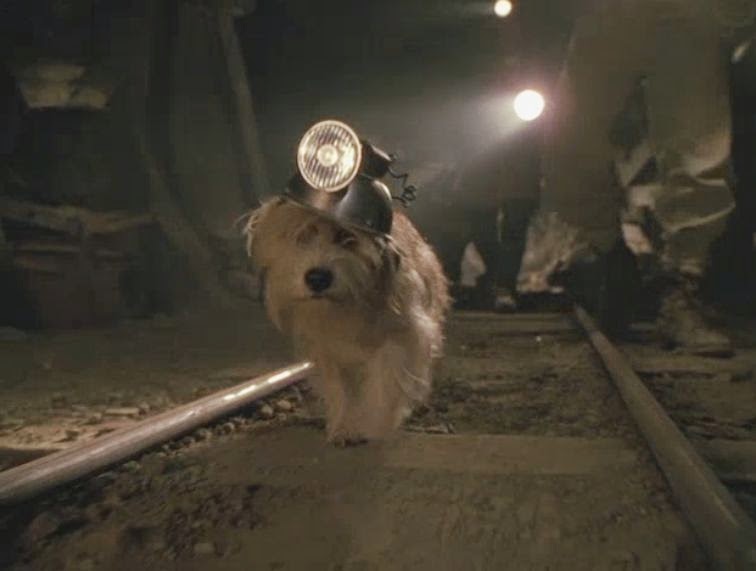 Copernicus
.
The movie didn’t tip over into parody. Though the Bob Gale/Robert Zemeckis script contains lines such as “Marty, you’ve gotta do what you gotta do” and “Cut ‘em off at the pass”, they get away with it as an amusing reference.
I liked the De Lorean pulled by a team of six horses. They don’t get the car up to the necessary speed, however, so they go for a train to push it instead.
Maybe you don’t like juvenile time-travel pictures or do but prefer Marty playing with Chuck Berry, but Western fans will enjoy this little romp. I did anyway.
.
PrevPreviousWhat we read in 2014
NextThe Lone Ranger, Volume 1: Now and Forever (Dynamite, 2007)Next

PrevPreviousWhat we read in 2014
NextThe Lone Ranger, Volume 1: Now and Forever (Dynamite, 2007)Next
Jeff Arnold © 2022 – All rights reserved – Designed by BetterCallChris
Scroll Up