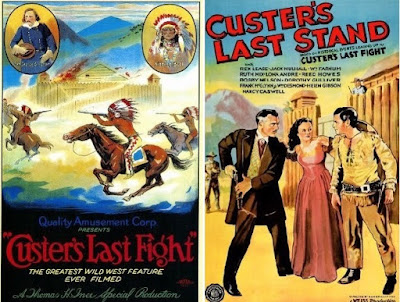 Early celluloid Custers
.
Modern documentaries are also often called Custer’s Last Stand: there have been episodes of the series Unsolved History (2003), The Wild West (2006), Cowboys (2009), Strange Inheritance (2015) and the American Experience one, aired by PBS in 2012, which is what we’ll look at today. Little Bighorn is a hugely popular subject and seems to be inexhaustible.
.
. 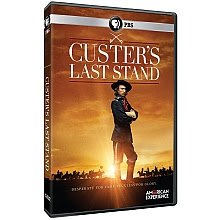 PBS documentary
.
The film was written and directed by Stephen Ives, who has produced, written and/or directed many documentaries on American history and who did PBS’s big eight-parter, The West (also reviewed).
. 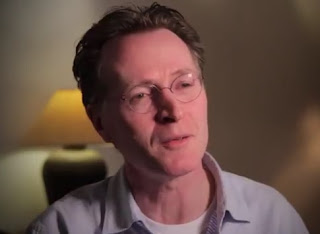 Stephen Ives
.
It opens with the hand of a telegraph operator tapping out the news of the death of Custer and 261 of his men. And it highlights the stunned disbelief that the information caused. The West was already won! How could this have happened? A comparison is made to the sinking of the Titanic: impossible! Surely, it was unsinkable? The news of Little Bighorn broke just at the moment of the country’s centenary celebrations, when Americans were congratulating themselves on their achievements and progress. Mark Samels, the producer of Custer’s Last Stand, said “it sent a shock wave through the country”.

We have all read so many books on Custer and seen so many documentaries that it is rare to discover something new. But one of the joys of these films is the illustrations, and Custer’s Last Stand does not disappoint in that regard. Custer and his entourage were of course much photographed and some of the pictures were new to me. There was one in which he looked very like Garibaldi, heavily bearded and in a small brimless cap, and I wonder if that was deliberate. Garibaldi was of course a great hero, the very symbol of a gallant fighter, and he had come to New York in 1850 (working in a candle factory on Staten Island). After his heroic Italian campaign of 1860, when he became world famous, there is a story that Lincoln offered him a generalship in the Civil War – though this is in fact a slight exaggeration. Custer may well have identified himself with the republican hero.
.
. 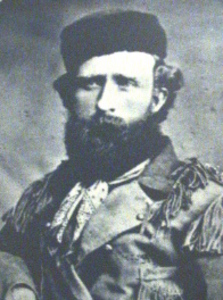 Custer as Garibaldi
.
The photo of Benteen they often use makes him look like Karl Malden, one of the worst Western actors ever, and that always colors Benteen for me.  He’s Malden in Cheyenne Autumn, insanely chewing the scenery. Most unfair, I’m sure.
.
. 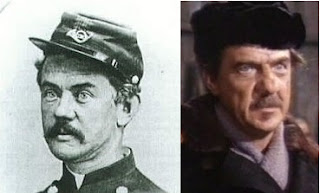 Karl Malden                  Capt. Benteen
.
Other aspects highlighted are the almost religious reverence for Custer – “Custer died for our sins”, or sometimes “your sins” – and the idea that on the site of the Bighorn battle you can still feel something special about the place. I agree with that. Even a hard-bitten old skeptic like your Jeff definitely felt something when he was there. It was undefinable but palpable. I guess you could call it the spirit of the place.
.
. 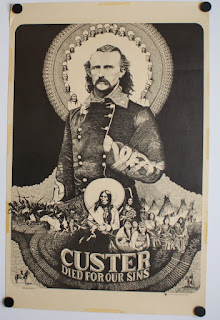 Religious icon
.
The film then goes back to the Civil War, the third day of Gettysburg, and shows us Custer the boy general, the dashing cavalry leader, the Union’s answer to JEB Stuart. “Custer’s wild charge had helped win the crucial battle of the Civil War,” we are told.
It also discusses Custer’s Luck, his famed good fortune and seeming imperviousness to bullets. With his hair Wild Billishly long and his Buffalo Billish theatrical sensibility, he became famous. Harper’s Weekly put him on its cover. Sheridan gave him the table from Appomattox that Lee’s surrender had been signed on. Ives also emphasizes the crucial part Custer’s wife Libby played: Custer’s career was “a joint-venture”. Stephen Ives has called the Custers “the power couple of their day”.
.
. 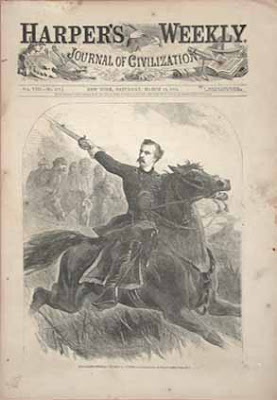 Among the talking heads is Richard Slotkin. I always like seeing and hearing people I’ve read.

By 1869 the Army had been reduced from its Civil War numbers of 1.5 million to barely thirty thousand. You had brevet major-generals taking captain’s rank out on the frontier and the chances of promotion were close to zero. Ives underlines Custer’s depression, the Army’s low morale and the high rates of desertion (which made Custer quite brutal). Custer’s court martial and one-year suspension without pay (which caused real financial difficulties) were the low point of his career.
It was saved by the ‘victory’ at the Washita. Custer’s luck held as he charged into peace chief Black Kettle’s village, blithely unaware of the numbers that faced him (he had not bothered to send out spies or scouts) and cutting down men, women and children. The dislike for Custer of certain officers was exacerbated by what they saw as his abandonment of Major Elliott, and with the low morale so prevalent then, this dissatisfaction grew until it became a real rift in the 7th. The growth of the Custer faction on the one hand and Benteen/Reno supporters on the other is highlighted. We know what that was to lead to… We are told that the Indians called Reno “the man with the dark face” and you can see why when you look at the photographs.
.
.

Maj. Reno
.
Sitting Bull gets a high profile – probably too high in that he seems to be shown as the ‘commander in chief’ of the anti-Custer forces leading to Little Bighorn. But it’s good to see his charisma, spirituality and bravery highlighted, as well as the more usual strategic insight.
Professor Slotkin is damning about the whole Black Hills expedition, saying that Sheridan and Custer were “creating a dirty little war that would serve American imperial interests.” It’s quite hard to disagree with him, though.
.
. 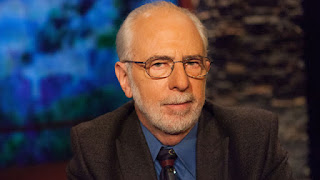 Richard Slotkin
.
The strains in the Custers’ marriage are discussed and the problems, financial and other, caused by the fact that Custer was such a bad businessman and bad gambler but one who insisted on investing and playing cards way beyond his means and abilities.
President Grant’s fury at Custer (after Custer’s attack on his brother) is stressed but the support of General Terry, in particular, is shown to have saved the rash soldier. An interesting point also was how fascinated, indeed obsessed, Custer was with the play Julius Caesar being staged in Washington, and how he identified himself with the noble Brutus. Custer saw it 40 times.
We see the Custers at Fort Abraham Lincoln, “the royal family” as they were called, living a leisured life of musical evenings and dinners.
Once the last campaign was under way the film underlines the political shrewdness of Terry and even suggests that he felt safe ordering Custer not to engage immediately. He knew that if Custer did do so, as was very likely, he, Terry, would be protected from blame of any disaster, while if, as was equally likely in most officers’ minds (for the only fear seemed to be that their quarry might get away), Custer did defeat the Indians, Terry would share in the limelight.
Nothing startling or new is revealed in this film and I wouldn’t describe it as essential viewing but any amateur Custerologist out there (and I know you are legion) will enjoy it. 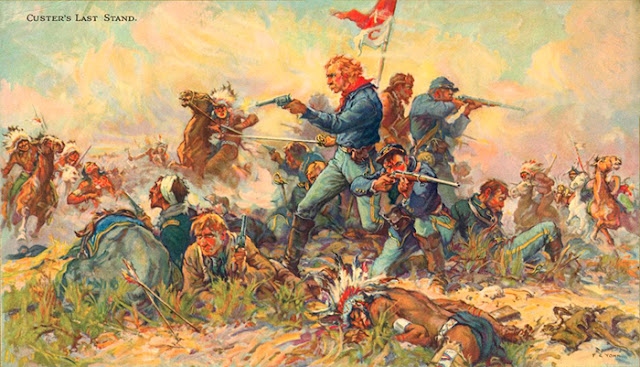 PrevPreviousGeronimo and the Apache Resistance (PBS, 1988)
NextGunfight at Black Horse Canyon (TV, 1961)Next

PrevPreviousGeronimo and the Apache Resistance (PBS, 1988)
NextGunfight at Black Horse Canyon (TV, 1961)Next
Jeff Arnold © 2022 – All rights reserved – Designed by BetterCallChris
Scroll Up