Cactus Jim & The Auction Sale of Run Down Ranch (both Selig Polyscope, 1915)

Tom wins a shop girl
.
.
Two one-reel Tom Mix Westerns from 1915, when Tom was ensconced in Las Vegas, NM, were the entertaining Cactus Jim (aka Cactus Jim’s Shop Girl) and The Auction Sale of Run Down Ranch. Cactus Jim has as leading lady Goldie Colwell, a Mix regular, while Run Down Ranch stars Victoria Forde. Mix had recently met and fallen for the actress Miss Forde (rather to the displeasure of his third and current wife, Olive). Both movies are comedy shorts, which ‘Colonel’ Selig, owner of Polyscope, encouraged as being quick and cheap to make, popular in the nickelodeons and thus profitable. 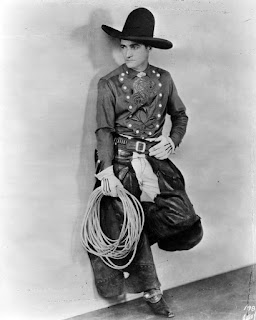 .
Cactus Jim starts with Nell (Coldwell), a “lonely shop girl in an Eastern town” (the girls Tom fell for were often Easterners). She spots an ad in the local paper in which an equally lonely cowboy out West (in Purgatory, AZ) proposes marriage to a likely lady. She replies, offering to wed. Cactus Jim (Mix) – for it is none other than Tom – takes a stage and turns up at the store where Nell works. But in the meantime Nell has had second thoughts. She is wooed by a handsome sales assistant who treats Jim as a bum. Jim soon sees the effete rascal off, though. Still, he is disappointed that he will not now be a husband, and furthermore, he fears the ribbing of his fellow ranch hands back in Purgatory, to whom he has boasted he will return with a bride.
.
. 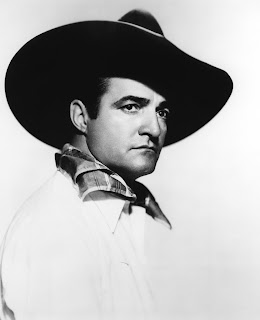 .
So he develops a wheeze. He acquires a store-window dummy (dummies figured largely in Tom Mix Westerns), complete with elegant outfit, and passes this mannequin off as his new bride. It fools his pards too, for a while. Then two of them see the ‘bride’ is but a tailor’s dummy and rush off to get their fellow hands to come and mock Jim. But meanwhile Nell has had “second second thoughts”. She no longer cares for the dapper salesman, who is too forward, and she follows Jim West. She turns up at the ranch and when the cowboys come back they are dumbfounded to find that Jim has a beautiful consort after all. The ‘justice’ is hurriedly sent for and matrimonial bliss ensues. The End.

Run Down Ranch concerns Bill Herrick (Pat Chrisman, a regular) and his wife Vicky (Forde) who decide to sell up, so they go into town to arrange the sale, where Bill nips off unobserved (he thinks) to buy booze, which he hides from his wife. She, however, is fully aware of the reprobate’s actions, and pours kerosene into the liquor jug, a mean act if ever there was one. The caption assures us that “man proposes but woman disposes”, doubtless true.

Now there appears on the scene a potential buyer, Isaac Goldplate, a figure that would today be found offensively anti-semitic. Isaac happens on the spot where Bill has spat out the disgusting kerosene-polluted whiskey and is convinced that he has detected oil sands, so he offers the huge sum of $5000 for the ranch and hands over a check, at which Bill faints. Isaac later discovers that there is no oil after all and sets off to stop the check at the bank but cowboy Tom now steps in. He gets hold of the check, cashes it, and splits the proceeds with Bill and Vicky. Tom, Bill, Vicky and ranch hand Sid Jordan all laugh at the unfortunate Jew (who obviously – according to 1915 Western lore – deserves to be cheated as he is Jewish). The End. 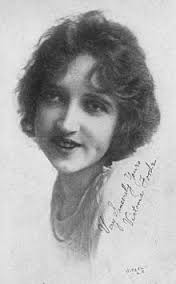 .
Run Down Ranch isn’t therefore too pleasant in its subject matter. Still, Vicky has a very dashing embroidered holster and cowgirl outfit.

In both movies there is ‘comic’ and annoyingly repetitive piano and orchestral music dubbed onto the DVD which becomes tiresome after a quarter of an hour. The actors were experienced in mime, for most of the action has to be suggested without captions. The films are interesting today as typical examples of Mix’s output and of the lighter kind of Western being churned out in the 1910s. You probably wouldn’t want to watch them often, though!
. 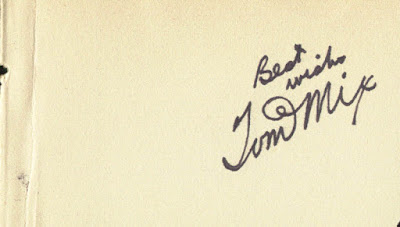