Dakota Lil is another 50s Western with a slightly minor line-up, George Montgomery, Rod Cameron and Marie Windsor. But actually it turns out to be rather better than hoped. 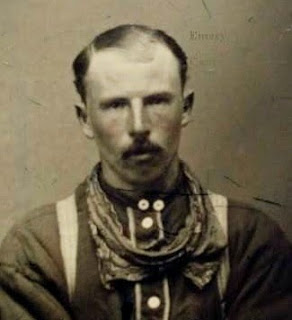 For one thing it’s about Tom Horn (left). OK, yes, a very fictionalized Tom Horn, and also a rather unconvincing one in the shape of Montgomery, but still. Between his time in Arizona and the Johnson County War Horn did in fact work as a Pinkerton detective in Colorado and Wyoming, including tracking train robbers. During the Wilcox Train Robbery investigation, Horn learned that Sheriff Josiah Hazen, killed during pursuit of the robbers, had been shot by either George Curry or Kid Curry. Both outlaws were members of Butch Cassidy’s Wild Bunch, then known as The Hole-in-the-Wall Gang. Horn passed this information on to detective Charlie Siringo, who was working the case for the Pinkertons. So there was a semblance of plausibility in the plot, even if Horn himself did not, as in the movie, track down the Wild Bunch and kill Kid Curry.

Then it was directed by good old Lesley Selander (right), a B-movie director, yes, but one who had learned his craft as assistant director under Fritz Lang, and who had loads of experience and a dash of verve. Later, as the market for Westerns declined, he turned to TV shows but he worked on very many feature-film oaters before that, starting in the 20s on silent movies as assistant to the famous (or infamous) Lynn Reynolds and then directing a whole heap of second-feature Westerns with the likes of Buck Jones and William Boyd (he did many of the Hopalong Cassidy pictures). He later graduated to longer and bigger-budget oaters. To this day, Selander remains one of the most prolific directors of feature Westerns in cinema history. He had directed Montgomery and Cameron in Belle Starr’s Daughter in 1948, so this was something of a reunion. 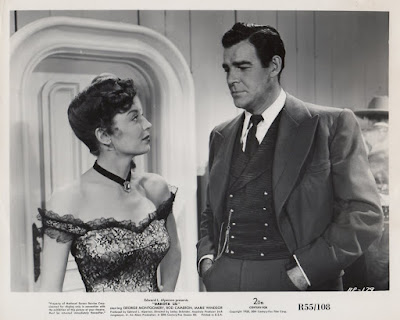 Though I am not the world’s greatest Rod Cameron fan, I must say he is terrific in Dakota Lil as Harve Logan aka Kid Curry. Brutal and tough, this Logan, crooked saloon owner and thug, really comes across as a bad guy. He strangles poor old Wallace Ford, a detective under cover, and discards the body as if it were nothing. He quirts hero Horn (also undercover) while two of his henchmen hold him. He is a thoroughly bad egg, and furthermore is heavily into counterfeiting, often a theme of B-Westerns, particularly in the 1930s when undermining the currency was indeed an especially grave offence. Cameron’s height and build add to his menace. It’s an excellent performance. 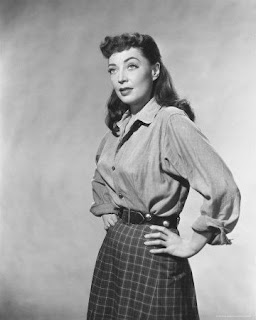 The title’s lady is played by Marie Windsor (right). Ms Windsor was a stalwart of noir B-movies but she also had a very good sideline in lower-budget Westerns. She never made it to A-picture Hollywood stardom but I think she was always good in oaters (especially, later, TV Westerns). She usually played ‘the other woman’ or a rather racy saloon dame and her rep as a gun moll from the thrillers helped. She was very beautiful in a 1940s way. The year before Dakota Lil she had got the female lead in a Bill Elliott oater and it seemed she was on the up. Look out for her also in the underrated Little Big Hor the following year and she topped the billing in Outlaw Women the year after that. Her Dakota Lil is definitely on the dubious side (as women with place names usually were, like Dallas in Stagecoach, Colorado in Colorado Territoey, Denver in Wagonmaster, Chihuahua in My Darling Clementine, Vienna in Johnny Guitar, Waco in The Silver Whip, and so on). She is a glamorous saloon singer (her mimed songs were actually sung by Anita Ellis) who is a very handy forger. The way she sees off the resident singer in Harve’s saloon so she can take her place is just brilliant.
I also like her because not only does she have a derringer, she draws it (from a very ladylike holster on her garter) no fewer than four times! You know how I like derringers. Of course she’s a classic derringer-user. 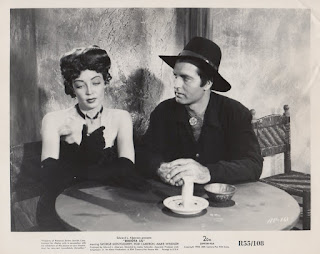 As for George Montgomery (left, with Windsor) this was one of his better roles. He makes of Horn almost a Lassiter-type man in black, even if his pants are so high-waisted they seem to be belted under his armpits. He has Geronimo’s knife in a harness strapped to his back. I think Montgomery was in the Cameron class or, on a good day, Calhounish and he was certainly no natural actor but he did do a good number of not bad oaters and was quite popular in the 1950s. Maybe you are a fan. Like Cameron, he was tall ‘n’ tough. 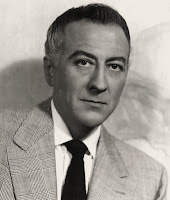 The best actor, though, I thought, was John Emery (right) as the poor sap who loves Dakota Lil despite all. A concert pianist from a posh Philadephia family, he has sunk to playing the joanna in a seedy bar in Matamoros. He knows he’s pathetic, and he also knows he will never win her, but he can’t shake free. Emery gives the part just the right amount of self-pity mixed with loyalty. It’s very well done. He often played dapper gentlemen or posh types. He was at one time Mr Tallulah Bankhead. He only did three Western movies but he is very good in this one. You should see the glares he gives would-be lovers of Lil. If looks could kill, they’d all be six foot underground.
Of the rest of the cast, Wallace Ford is good (he always was) as a gang member, secretly a cop, Jack Lambert, always a splendid heavy, does well as a psycho gang member who favors dum-dum bullets, Walter Sande is a briefly seen Butch Cassidy (there’s no Sundance) and you can spot Jack Perrin, Kenneth MacDonald and J Farrell MacDonald in bit parts. Kid Curry is head of the gang, not Butch, and he runs it like a military operation, having the bandits train for hours a day in shooting, riding, escaping and so forth. Not very plausible, I know.
The music is by Dimitri Tiomkin, so classy. It’s that kind of score tailored to the action, with, for example, clashing chords at each knife thrust. The cinematography is by Jack Greenhalgh, very much a B-Western expert but competent, and there are some nice California and Nevada locations doing duty for Wyoming.
.
. 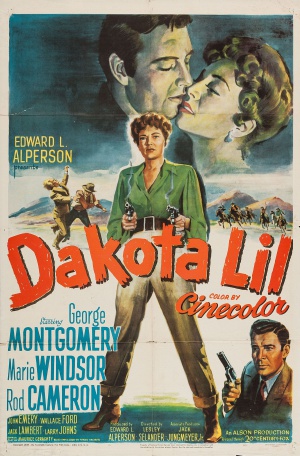 .
It was shot in color and would probably be rather nice that way but sadly it’s usually watched these days in black & white, which is the way I have seen it. Still, it’s slightly noirish in tone and has similarities with a B gangster flick so the monochrome kinda suits it.
Well, the plot is foiled and Harve comes to a, er, sticky end. Horn and Lil ride off into the sunset. Amiable tosh, I would say.
PrevPreviousRaw Edge (Universal, 1956)
NextIn Old Montana (Spectrum Pictures, 1939)Next