Only by stretching the definition of our noble genre almost to breaking point can we call this a Western. It was the same with United Artists’ Barbary Coast ten years before. Such pictures tended to concentrate on foggy waterfronts and glossy saloons and casinos run by smoothie crooked bosses rather than horses and Stetsons, and John Wayne’s 1945 outing to the Barbary Coast for Republic was the same. OK, he is introduced as a cowboy from Montana, and he even goes there for about five minutes of the action, but really this has more in common with Chicago-hoodlum pictures than Westerns. Never mind, we’ll call it a Western for today.
.
. 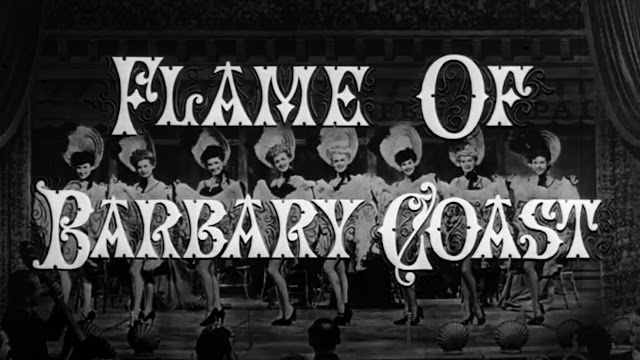 .
Wayne had become quite popular and famous with his war movies and Westerns as the 40s went on. But his two big starring roles, in Raoul Walsh’s The Big Trail in 1930 and John Ford’s Stagecoach in 1939, hadn’t really led to mega-stardom – yet. He was still churning out fairly bread-and-butter pictures for Republic. Big things were just around the corner: he would star for John Ford in They Were Expendable at the end of the year, and of course Howard Hawks’s Red River (1948) and Ford’s cavalry trilogy (1948 – 50) weren’t far away. But in mid ’45 he was making the likes of Dakota and Flame of Barbary Coast for Herb Yates and, honestly, they weren’t very good. Yates was famous for having said, “Some people make dollar cigars. We make nickel cigars. Remember that.” But, grimacing no doubt, he did put up a bigger budget for this one than usual: it was supposed to be a fancy picture to celebrate the studio’s ten-year anniversary.
.
. 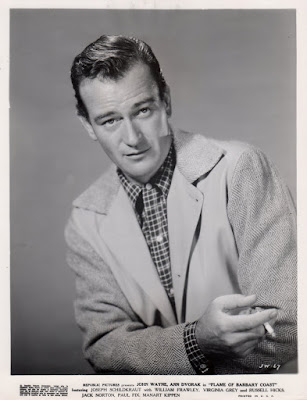 Duke in a publicity still for the movie
.
Like Dakota, Flame of Barbary Coast was directed by Republic regular Joseph Kane, of whom Scott Eyman, in his biography of Wayne, rather unkindly (and unfairly in my view) said that he was “a man who made more than one hundred movies without an interesting shot to be found in any of them.”
It’s set in 1906 San Francisco and in fact despite Yates’s famed parsimony the earthquake scenes aren’t at all bad, though they quickly segue into stock footage of a factory fire. Wayne is Duke Fergus, a cattleman come to Frisco to collect a $500 debt from smooth casino owner Tito Morell (Joseph Schildkraut, whose name and Austrian accent were enough to brand him a baddy in 1945). There Duke falls for singer ‘Flaxen’ Tarry (Ann Dvorak) who hesitates for most of the movie between the rich saloon boss and the big cowboy (no prizes for guessing which she finally opts for). La Dvorak only did five Westerns (probably the best was the year after this one when she was Randolph Scott’s flame in Abilene Town) but she acquits herself well enough in her slinky gowns and with her songs.
.
. 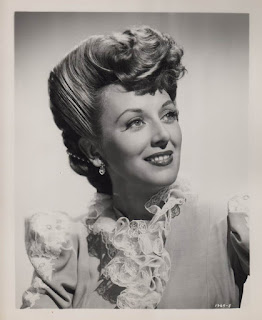 Ann Dvorak, slightly less musically talented than her brother Anton
.
There’s another woman, of course, Rita Dane (Virginia Grey, who had the female lead in a few early 50s Westerns) but we all know Duke will go for Ann.
William Frawley is Duke’s pal Wolf, who teaches him to be a card sharp, so Duke can get hold of loads of cash and build a rival saloon. And it’s nice to see Paul Fix as a rival saloon owner, who would like to do Duke in. Hank Bell and his mustaches are there too. You can spot Rex Lease in a small part. But honestly, the cast isn’t exactly stellar.
.
. 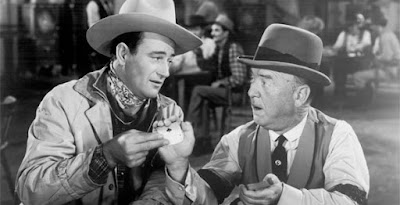 Duke learns to cardsharp
.
The best thing about the movie is that bad guy Morell draws a derringer on Duke, not once but twice. Morell is a classic  derringer user, being a slimy crook. Of course it doesn’t do him any good.
The movie was quite popular and it did bring in the $$$. Quality-wise, though, seen today it is at best ordinary. Wayne seemed to be pretty much on autopilot. As I said at the top, we might just qualify this a Wayne Western, but only just. You won’t miss much if you miss it. And if you want a San Francisco earthquake movie you’d be much better off with MGM’s 1936 San Francisco. 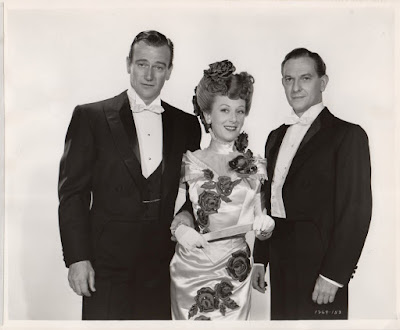