The Sorrow aka A Sierra Nevada Gunfight (Rogue Arts, 2013)

There’s actually hardly a gunfight at all
.
. 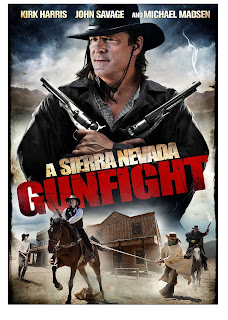 A 2013 straight-to-video effort, The Sorrow is a low-budget and rather amateurish Western about a post-Civil War father and son seeking gold in the Sierra Nevada. Neither character is very competent, and blunders and accidents are frequent. Although the acting is pretty wooden, the main weakness is the writing, by Johnny Harrington and director Vernon E Mortensen, which is ponderous and clunky.
.
.

The father (Kirk Harris) is a rough sort; we are led to believe he had a hard war. The teenage son (Ryan Ballance) helps his father unwillingly (unsurprisingly as he is given the unenviable and dangerous task of working the mine) and is haunted by the memory of his dead mother, whom he witnessed committing suicide. Well, I guess he would be a bit troubled. As the characters develop (for they do, a bit) we will find that there are mental strains on both.

Michael Madsen is in it, as the local sheriff, but he’s largely extraneous to the plot and only appears at the beginning to bond with the boy and at the end, to be shot. Still, in his brief appearance he does at least give the lad a derringer, so that sent the movie up in my estimation (you know how besotted with derringers I am). 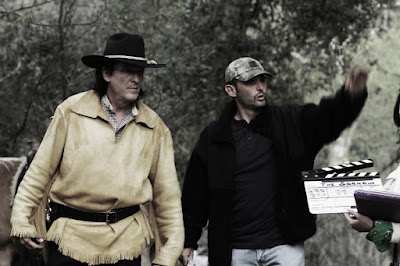 Madsen during one of his brief appearances on the set, with director Mortensen
.
.
The action is slow-moving and the film is very talky, which means it depends even more on the writing and acting, but neither is, sadly, up to the task. I think the cast and crew were trying to build tension and give us a psychological Western, but I fear they weren’t up to it.
.
. 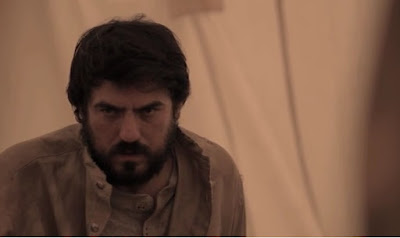 Father and son, both troubled
. 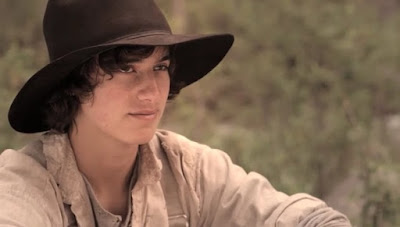 .
.
The father suddenly develops acute paranoia and tries to kill his son. This is just one of the highly improbable plot twists.

I think you could safely skip this one, e-pards. You will have missed little.

.
.
The amateur dentistry is quite good though.
.
. 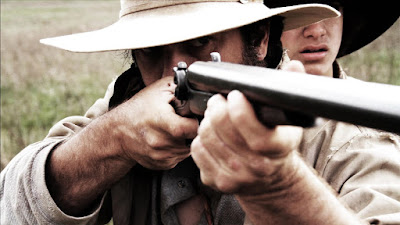 He manages to shoot a deer at long range with a shotgun, which is quite clever
PrevPreviousHickok (Status Media & Entertainment, et al, 2017)
NextThree Young Texans (Fox, 1954)Next