.
Stick to the original
.
.
The Jackals, released in the US by Fox, is a straight remake of the same studio’s fine 1948 Gregory Peck Western Yellow Sky (1948). Because it’s such a faithful remake – even many lines of dialogue are identical – there is little to add to what I wrote in my post on Yellow Sky (see index). Except that the ’67 picture is a very pale imitation.
.
. 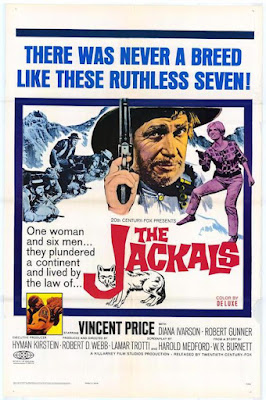 At least the bandits were seven, the Mystical Western Number

It’s unusual in that it is set in South Africa. It was made by Killarney Film Studios, founded and funded in the Johannesburg suburb of Killarney by US citizen Isidore W Schlesinger. It was shot in South Africa (and, oddly, also in Australia, according to IMDb). The biggest name in the cast and topping the billing is Vincent Price as Oupa Decker, taking the James Barton part of Grandpa (only seventh billed in the original) and I must say he does a good job as the amusing old-timer prospector. Price is of course best known as a horror merchant but in fact he did five big-screen Westerns (and some TV shows) and was rather good in them. 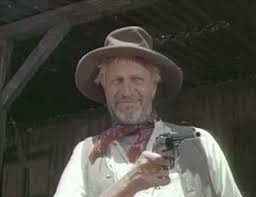 The hero of the ’48 picture was of course Peck as good-badman ‘Stretch’ Dawson, gang leader. Sadly, in 1967 they could only get Robert Gunner, whose eighth-billing in the original Planet of the Apes was about the height of his fame. Gregory Peck he isn’t, I fear. 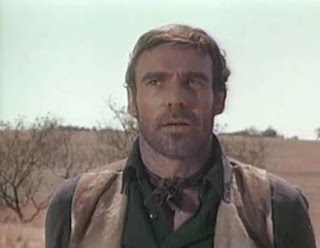 The Anne Baxter part of feisty granddaughter handy with a rifle was taken by another unknown (at least unknown to me), blonde Diana Ivarson, whose thespian skills were, ahem, a bit on the limited side. 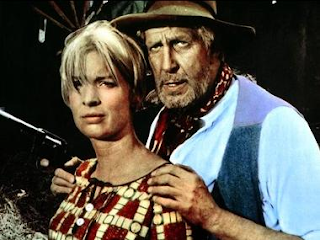 Bob Courtney, an Englishman who became a South African, took Richard Widmark’s role of the dudish Doc Hollidayesque gambler with a bad lung. About the best after Vincent was Bill Brewer as Stoffel, in the part originally taken by Charles Kemper as the semi-comic-relief fat man. 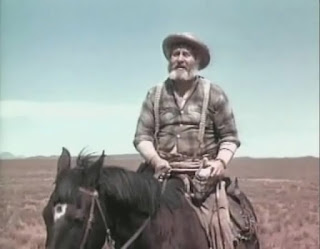 The odd nod to South Africa is made – the stage goes through to Bloemfontein. The Indians of Yellow Sky are now Zulu-like ‘Changas’. We see various examples of African wildlife. But to all intents and purposes it’s a straight Western. The gang rob a bank, wear Stetsons, carry pistols in holsters and so on. The ghost town is very Western.

The music is highly inappropriate, being mostly lounge sub-jazz of an elevator-muzak kind.

That’s about all, really, except to say that in all honesty if you missed this movie you would not be missing much, and certainly not an essential example of the Western genre. But you could watch it for Vincent.

PrevPreviousMoney, Women and Guns (Universal, 1958)
NextThe Gal Who Took the West (Universal, 1949)Next
Jeff Arnold © 2022 – All rights reserved – Designed by BetterCallChris
Scroll Up