.
Another Bel-Air low-budget oater. Not bad, though.

The other day we were looking at a Western from Bel-Air Productions, Quincannon, Frontier Scout, which was released through United Artists in May 1956. Well, here’s another one, from the same year. The Broken Star was released the month before. It was another oater produced by Aubrey Schenck and Howard Koch, and, like Quincannon, directed by Lesley Selander, but this one was in black & white.
.
.

No one would pretend that these pictures were major A-Westerns, and they were done with minimal budgets and slightly less famous casts. But they weren’t bad. Selander saw to that. A low-budget Western artist he may have been but he certainly got pace into his pictures.

Like Quincannon, The Broken Star does rather suffer from its top star. This time it’s Howard Duff. Duff did in fact lead or co-star in a few Westerns but he wasn’t my cup of tea. He had been Sam Spade on the radio and when he moved to TV and features he was never really in any danger of winning an Oscar. He was tepid at best opposite Ann Blyth in Red Canyon, with Yvonne de Carlo in Calamity Jane and Sam Bass and paired with Mona Freeman in The Lady from Texas. Blyth and De Carlo got top billing, above Duff. The Broken Star was, though, quite unusual in that the top-billed star played an out-and-out bad guy. It did happen (see, for example, The Black Dakotas) but it was rare. 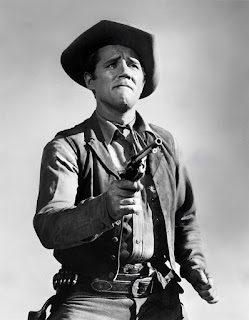 But the film does have some quality. It was written by John C Higgins, who had produced the screenplays for quite a few of those gritty Anthony Mann noirs in the 1940s, and indeed, The Broken Star was a Western version of Higgins’s Shield for Murder, a picture directed by Howard Koch. In the hands of an Anthony Mann, with someone like Robert Mitchum in the lead and with cinematography by, say, James Wong Howe, The Broken Star could have been a fine picture, to rank with the likes of Blood on the Moon or Pursued. As it was, with Howard Duff and in the hands of Lesley Selander, low-budget movie helmsman nonpareil, it just became another B-Western.

Duff is crooked deputy Frank Smeed in Arizona, who in the first reel cold-bloodedly murders a certain Alvorado (Felipe Turich, uncredited) and steals the $8000 in gold pieces that Alvorado was keeping for rich landowner Thornton Wills, a faux-charmant Sydney Greenstreet-type figure (portly Henry Calvin, Sergeant Garcia in Disney’s Zorro). Wills doesn’t care for this at all and there’s quite a good scene where he alternately threatens Smeed coldly and cheerfully calls the line dance at his barbecue. 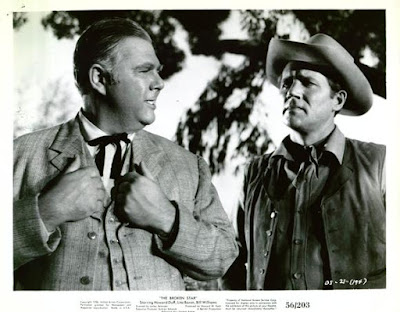 Unfortunately for Deputy Smeed, his crime was witnessed by an Apache ranch hand, Natchez (Joe Dominguez), and this will be his undoing. Natchez was a name for Cochise’s son Naiche but I don’t think it’s him.

There are some nice southern Arizona locations shot by cinematographer William Margulies, who also did Quincannon, Frontier Scout for Bel-Air the same year (in color, in Utah) and had also shot Fort Yuma and Revolt at Fort Laramie, both visually good Westerns. 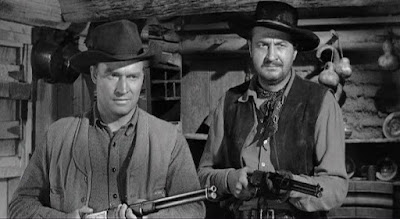 They hench away but not very successfully

There’s a glam señorita, Conchita (Almeria-born Lita Baron, talent-spotted by her future husband Rory Calhoun, and a gunslingerette in the Don ‘Red’ Barry Z-Western Jesse James’ Women), who sings a rather peppy song in the cantina, I Hate You, and wields a whip the while. She’s Alvorado’s cousin so has a vested interest in bringing the murderer to book. This Conchita is the amour of the other deputy, the good one, Bill Gentry (Bill Williams), and vice-versa, let it be said; they are like two turtle doves. Bill is conflicted because he believes his friend Smeed, who once saved his life, yet also believes Conchita, who discovers what a bad egg Smeed is. 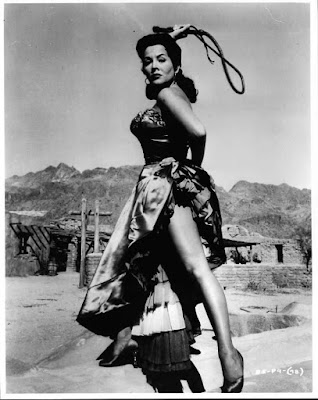 Every Western town had one

Luckily there’s also a sheriff (good old Addison Richards) with professional integrity who is more than a little skeptical of Smeed’s concocted story of self-defense. And Smeed feels himself obliged to murder his way out of the jam he is in, slaying the Apache witness to his first killing.

I must say, though, that the sheriff and good deputy are incredibly dumb because before Smeed gets him, Natchez writes a brief note affirming Smeed’s guilt yet the lawmen are entirely unable to understand a word of it because it is in Spanish. Doh. 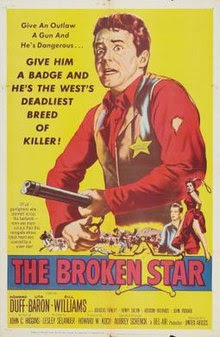 There’s a fair bit of action, a fistfight in the saloon, a sheriff’s posse, gunpowder in a mine and so forth, all in good Lesley Selander style.

Once rumbled, Smeed persuades crooked Indian agent Carleton (our old pal Douglas Fowley) to help him get across the border into Mexico, which Carleton agrees to do for half the loot, but each double-crosses the other and it all ends in tears. 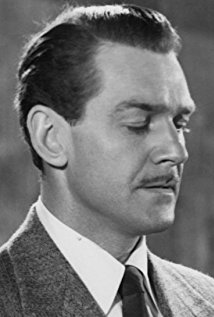 Well, well, it’s a perfectly acceptable mid-50s Western as long as you are not too demanding. As I said, though, you just get the feeling that it could have been superb given the right personnel and budget.