Another of those geezer Westerns 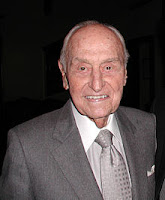 You probably know the story of AC Lyles (1918 – 2013), pictured left: he began at Paramount studios as an office boy after high school. He worked in the publicity department of Pine-Thomas Productions, which produced second features for Paramount. His first role as full producer was on Short Cut to Hell, released in 1957; that was a remake of This Gun for Hire and directed by James Cagney. He also produced nine episodes of Rawhide.

Lyles recalled in an interview that he was approached by Paramount in the 1960s to do a Western when they realized they had none on their schedule of releases. When Law of the Lawless did well at the box office, Paramount gave him the go ahead to produce more oaters for the studio. Lyles filled his cast with many older, experienced actors who were his friends.

These late-60s Westerns harked back to the 50s in more ways than the cast. They were uninfluenced by revisionism, Vietnam or any other contemporary awkwardness and didn’t know their zeit from their geist. They were just straight old-fashioned Westerns, and popular, especially in the mid-West, for that very reason.

The dreaded nostalgia reared its sugar-sweet head (probably looked on approvingly by many of the audience, through their rose-tinted eyeglasses) and the pictures were definitely low budget, but generally Lyles Westerns were gritty enough to pass muster. Hostile Guns (as opposed to the friendly kind, I suppose) was one of the better ones, I thought.

That has a lot to do with the cast, aging though they might be. Not so much the leads. I was never the greatest Yvonne De Carlo fan (in fact some of the Westerns she was in were really bad). Tab Hunter had done five Western features before this one, leading in one (The Burning Hills) but he never quite convinced, certainly as a goody. And Brian Donlevy was out of his element in an oater unless he could be a saloon heavy in a suit. He was the worst-ever Trampas in the post-War The Virginian, for example, a frankly ridiculous figure. Here, as the marshal, he doesn’t cut it. 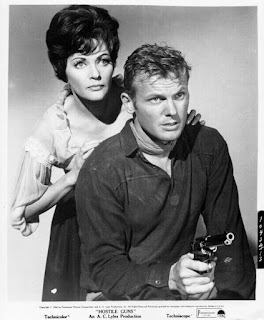 Yvonne and Tab in a publicity still

But the well-preserved George Montgomery, 51, as the top star was good in Hostile Guns as the tough lawman Gid McCool taking convicted felons to the pen in Huntsville in a specially-built prison wagon – in fact it was one of his best performances – and the supporting cast is a veritable Gotha of Western character actors. 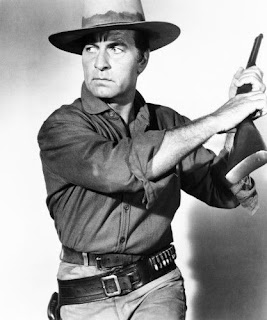 George still had it

You have Leo Gordon the Great as the chief bad guy, amusingly called Pleasant. Leo is first seen behind bars (appropriate for a former resident of San Quentin for armed robbery) and was one of the best ever genuinely tough-guy heavies Westerns ever saw. The scene where Tab Hunter goes into his cell and beats him up in a fistfight is patently absurd. In your dreams, Tab. 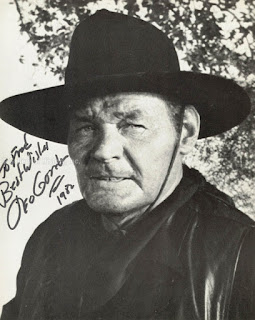 Leo’s brutal and ruthless brother, Aaron Pleasant, who tries to bust him out of the prison wagon and kill the lawmen (Montgomery and Hunter) is John Russell, a superb Western actor and rarely better than in this picture. Plus, he has one of the best hats ever supplied by Paramount’s costume department. Or, given the Lyles budget, it may have been his own. His sidekick, a cousin, is James Craig, not such a fine figure in the genre maybe but he is competent.

With Leo in the paddy wagon are Robert Emhardt, superb as the fat, gabby and besuited railroad company crook RC Crawford, and Pedro Gonzales Gonzales as Angel Dominguez (they all pronounce angel in the English way) in his usual stereotypical happy-Mexican role. In the opening scenes we have Emile Meyer as the hard-as-nails ranch boss, Fuzzy Knight as one of the ranch hands, Richard Arlen as a sheriff, William Fawcett as the Swedish wagonwright and Don ‘Red’ Barry replacing Francis X Bushman, star of silent Westerns back in the year dot, who died just before filming began. See? It’s a really great line-up.

Pedro’s on the wagon, with his guitar

It was a James Edward Grant story, with a screenplay by Sloan Nibley (a Roy Rogers writer) and Steve Fisher (The Man from the Alamo, San Antone, Top Gun,etc) and isn’t bad, a sort of ship-of-fools plot. Especially with the title it had you might expect there to be the added danger on the journey of Indians but there are none. The threat comes from Brother John Russell and his henchmen – and from Leo’s attempts to escape, natch. 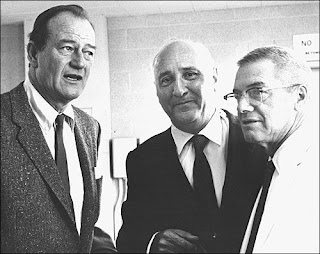 The love interest is provided by De Carlo, in very 1960s hair and make-up applied apparently with a trowel, who plays a woman convicted of killing her abusive husband. She is to serve three years in the pen. She romances Tab in an effort to get him to aid her escape but it soon becomes apparent that she is George’s ex and so there’s a triangular relationship, with Tab kinda siding with Yvonne and getting shackled in the prison wagon with the others for his pains. 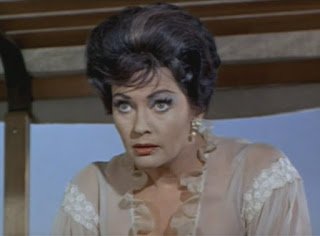 Good old RG Springsteen directed, so Lyles was wheeling out the old guys not only in the cast. RG was 65 and it was his last Western. In fact he had started as second unit director on a 1936 Rin Tin Tin epic with Francis X Bushman; maybe that was why Bushman was hired for his last. His first Westerns in the director’s chair were three Bill Elliott oaters in 1945 and he became the go-to helmsman of Elliott, Allan Lane and Monte Hale second-features in the late 40s. In the 50s he moved more into TV, as the market for theatrical Westerns declined, and altogether he is credited with close to 150 Westerns of one kind or another. 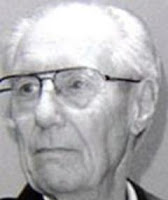 It’s in Technicolor and lasts 91 minutes, so is no ultra-cheap programmer; it was a serious attempt at a feature Western in an era when that genre was in full decline. There were some Vasquez Rocks locations, though the prison wagon camped each night in a studio. There’s a proper stagecoach at one point, a red Overland Concord with yellow wheels. I was hoping someone would have a derringer, Yvonne maybe in her purse, but no such luck. 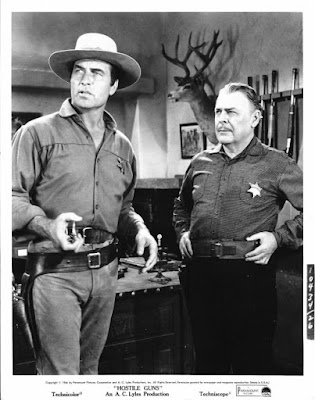 There’s a shoot-out showdown in the rocks. No prizes for guessing who wins and who gets shot.

I liked it. Formulaic, certainly, old-school definitely, but hell, what’s wrong with that? 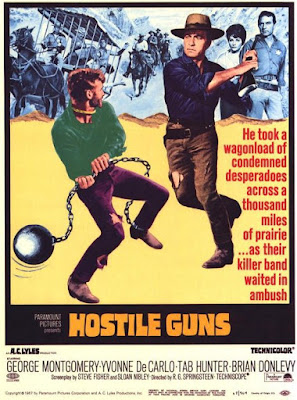