.
.
70s Western with little to say
.
.
You get the feeling sometimes that in the 1970s the Western didn’t really know where to go. Early 70s examples of the genre toyed with revisionism, pictures like Doc, Little Big Man and Dirty Little Billy doing a demolition job on former heroes Wyatt Earp, General Custer and Billy the Kid. Little Big Man, Soldier Blue and the like also experimented with violent pro-Indian, anti-US Cavalry stories with Indians as Vietnamese villager substitutes. There were some late spaghettis in the early 70s but that genre was pretty well dying, and many US Westerns were showing signs of reverse engineering, i.e. producing American spaghetti – Barquero, Two Mules for Sister Sara, High Plains Drifter and so on.

John Wayne was still making big, commercial Westerns of the old type and Audie Murphy soldiered on but their pictures seemed frankly dated and by the end of the decade Wayne, Howard Hawks, Raoul Walsh and Henry Hathaway were all dead. Henry Fonda and James Stewart were virtually retired. 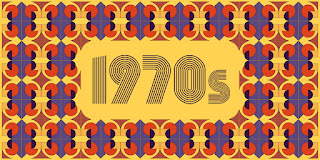 Not the high water mark of the Western movie

In the first part of the decade Sam Peckinpah was making elegiac ‘end-of-the-West’ pictures like Cable Hogue, Junior Bonner and Pat Garrett & Billy the Kid, but the latter picture, in 1973, was his last ‘proper’ Western. Hell, in mid-decade they even canceled Gunsmoke.

Of course there were exceptions, excellent 1970s Westerns: I’m thinking of such pictures as Monte Walsh (1970), McCabe & Mrs Miller (1971), Ulzana’s Raid (1972), Blazing Saddles (1974), The Outlaw Josey Wales (June 1976) and The Shootist (August 1976). But that’s just it – they were exceptions. And can you name a really good 70s Western after The Shootist? At the end of the 70s Michael Cimino’s was filming his elephantine flop Heaven’s Gate and its disastrous performance in 1980 seemed to seal the fate of the Western. It had nothing left to say, it was thought, and no studio wanted to risk big budgets on cowboy films any more. No, the 70s were decidedly not the high point of the Western genre.

It was against this background that Fox came out with a trail-drive picture, The Culpepper Cattle Company. It didn’t augur well that the director chosen, Dick Richards (below), who also co-wrote it, was one who had made his name doing TV commercials. He had never done a Western before (and wouldn’t do another either). Surprisingly (for me) Culpepper’s script earned Richards the Screenwriter’s Annual Story Award given by the Writer’s Guild of America. There are some good lines, yes (“Don’t let your mouth overload your hardware, cowboy”) but overall it seems to me slow and uneventful to the point of being turgid, and the characters are hardly developed at all. 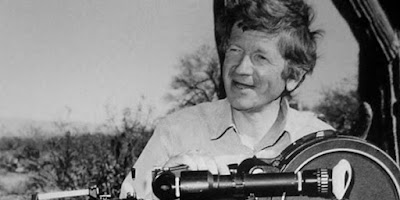 Brian Garfield, in his fine book Western Films, says of this movie:

It is without suspense and there isn’t any drama in the contrived coming-of-age story. There are gun battles, for example, but since all the characters look alike we have no idea who is shooting at whom.

That is true, and the result of bad directing.

Certainly it is a visually attractive movie. There are some glorious Arizona locations, often shot in dying light (there were two directors of photography for some reason, Lawrence Edward Williams and Ralph Woolsey). But at times that seems to be the only point. The New York Times critic Roger Greenspun perceptively called it “an overly handsome Western”. 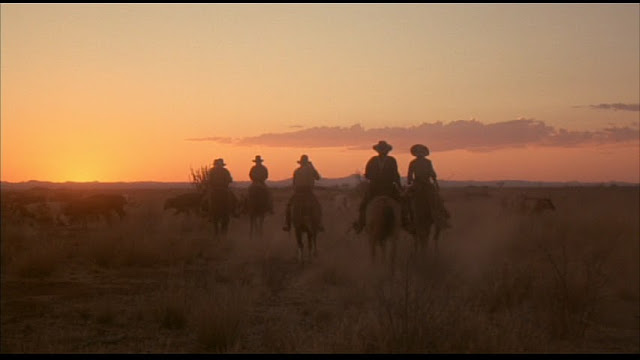 Ridin’ off into the sunset

As Garfield said, it’s essentially a coming-of-age story, starring young Gary Grimes as a green kid who gets taken on by cattle baron Frank Culpepper (Billy “Green” Bush) on a trail drive, first as a menial cook’s assistant, then, gradually, as a cowboy. Grimes had become famous the year before in Summer of ’42. Culpepper was his first big Western and he would follow it with Cahill, US Marshal the year after and The Spikes Gang in ’74, in all three playing a green kid growing up. And as far as Westerns went, that was all she wrote. He’s OK as Ben Mockridge and does manage to convey the wide-eyed astonishment and growing disillusion at life on the Plains. 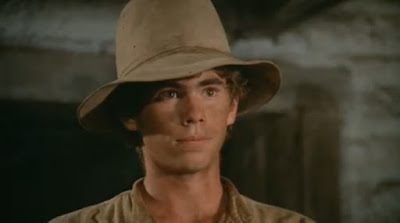 Bush as gritty, single-minded cattleman Culpepper was probably the pick of the cast. He’d been a cowboy in Monte Walsh in 1970 and he would later be Marshal Joe Belle in Tom Horn but he didn’t so a great number of big-screen Westerns (there weren’t that many to do). Otherwise, you can spot Luke Askew and Matt Clark as cowpokes and a surprisingly convincing Geoffrey Lewis as a tough gunslinger. 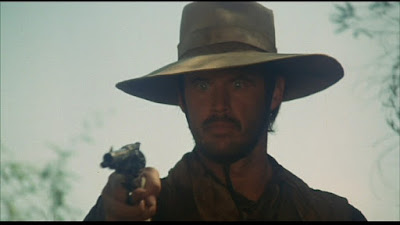 Royal Dano is a rustler who foolishly tries to take some of Culpepper’s steers. I liked Raymond Guth as the misanthropic cook. “Kid, cowboying is something you do when you can’t do nothing else.” 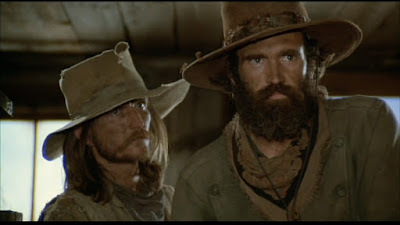 There’s little or no romance, of either kind. The only women are whores. Ben looks for camaraderie among his fellow cow punchers but finds none. The cowboys are only a team when violence rears its head (at times they seem to kill everyone they meet). The young man finally has enough, symbolically dropping his gun and riding off alone, rather bizarrely with a massed choir singing Amazing Grace. 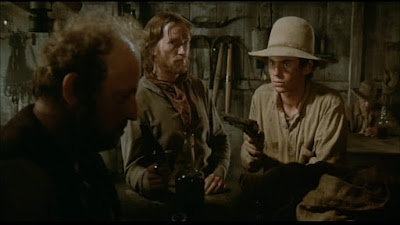 The boy becomes a man by shooting dead the barman

There’s a good score (Jerry Goldsmith and Tom Scott), in fact also used in an earlier non-Western film, The Flim-Flam Man, and that helps a bit. But the picture meanders, frankly, and though stylish is in the last resort unsatisfactory, or anyway unsatisfying. 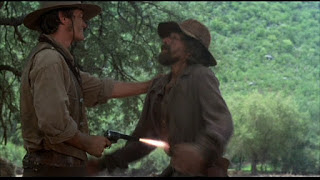 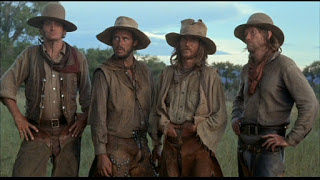