The Man Who Came Back (Gudegast Braeden Productions, 2008)

Vengeance is mine, saith the hero

The revenge drama is a staple of the Western movie. You show a really bad bad-guy in the first reel and establish his wickedness (and the bona fides of the good guy) so that the villain will deserve the come-uppance that will undoubtedly be meted out to him in the last reel. The excuse for allowing this personal act of revenge rather than involving the authorities is that there was limited official law ‘n’ order on the Western frontier, so it’s alright. A man’s gotta do what a man’s gotta do and all that. Countless Western movies used this plot and yet another arrived in 2008.

I’m not sure if The Man Who Came Back was a theatrical release, a TV movie or a straight-to-video affair. It does rather have the look of a TV movie, though I watched it on DVD, and, as we have remarked recently, like many modern Westerns it does look a bit like a re-enactment in an historical Western town, with actors wearing costumes. Still, it isn’t too bad. 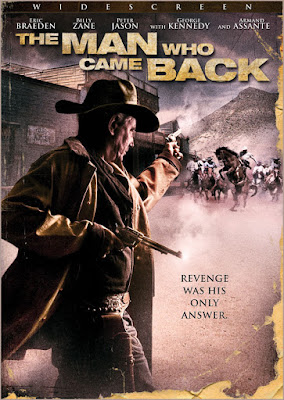 The villain of the piece is Billy Duke (James Patrick Stuart, below, Col E Porter Alexander in Gettysburg), who, in post-Reconstruction 1880s Louisiana, when, we are told, Southern aristocrats were taking back power, behaves like an unreconstructed vicious slave owner. He discovers some Nigras, as he calls them, leaving the plantation and he whips one and shoots the mule of another. I’m surprised he didn’t beat a child as well because that was a standard way of establishing bad-guy credentials in the opening scenes, but shooting an innocent mule will do. 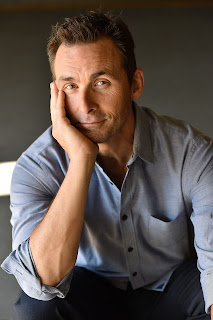 The good news is that George Kennedy is his dad, the plantation owner and local judge. Born 1925, Mr Kennedy was well into his eighties and we Westernistas have fond memories of him, usually as the bad guy, from countless oaters of yore. In The Man Who Came Back he reminds me slightly of Bruce Dern in Django Unchained, four years later, an old-timer Western movie actor with bad-guy cred who plays a loathsome patriarch plantation owner. 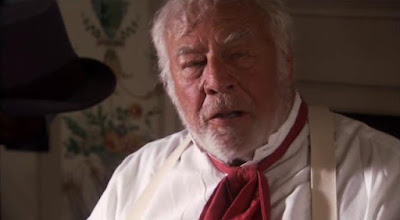 George still had it

Daddy Duke seems to despair of his ne’er-do-well son (with good reason) but stands by him out of family and class loyalty. Together they will pervert the course of justice and be responsible for or complicit in lynching, murder, rape, false imprisonment and any number of other crimes which, to the Western watcher, deserve retribution, probably from a Colt.

The man who will deliver this rough justice? Well, I’ve rather delayed talking about him. You might expect some well-known Western good guy but in fact we get Eric Braeden, né Gudegast, a German-American actor known for daytime soap operas on TV (he won a ‘Daytime Emmy’ but I’m not sure if that’s a good thing) who was also, I am informed, John Jacob Astor in Titanic (I say I am informed of that because I am the only person on this planet who has never seen Titanic). Mr Braeden is solid and steady, though is unlikely to set the prairie on fire. Just occasionally he looks vaguely Stalloney. He was the German officer adviser in 100 Rifles (like Mapache’s in The Wild Bunch) and appeared in various Western TV shows here and there. 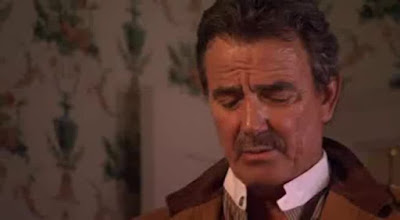 Not the most charismatic lead, I fear

He plays the decent overseer of the Dukes who is fired for being too nice to the workforce. He doesn’t like the way that the cotton-pickers are paid in “funny money” (scrip) which they can only spend at the Dukes’ store and Duke Jr has tripled the prices there (“It’s just good business.”) The workers go on strike. The film, at the end, makes specific reference to the Thibodaux Massacre of 1887, one of the most violent labor disputes in US history, when white paramilitaries in Louisiana slaughtered up to 300 striking African-American sugar-cane workers.  But the movie is not about the massacre, which is only obliquely referred to, and the mention does seem a bit gratuitous.

Paxton’s angelic spouse is Angelique (Carol Alt) and they have an equally perfect young son (Brady Hender) but the wife and child end up in a way that reminds me of the grisly fate of the family in The Tall T. Now Paxton has even more justification for revenge. He escapes from the brutal prison – where the warden (Peter Jason) tells him that “Prisoners are not men; they are livestock” – and, as the movie’s title suggests, he returns to exact his vengeance. 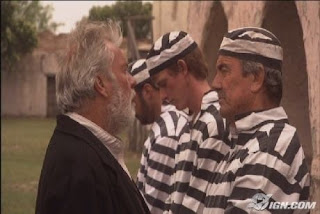 The warden surveys his livestock

Billy Zane is Ezra, the New Yorker (first seen holding a carpetbag in case we didn’t guess he was a carpetbagger) who endears himself to Daddy Duke by saying that “Since justice is blind, the only color I recognize is green.” He becomes Duke’s tame lawman. Zane was memorable for me as the crazed colonel in the Van Peebles clan’s rather iffy Posse in 1993, and he was too the crooked cattle-baron/town boss in Hannah’s Law in 2012, another movie which had a revenge theme. Actually, though, he is wasted in the part of weak henchman. 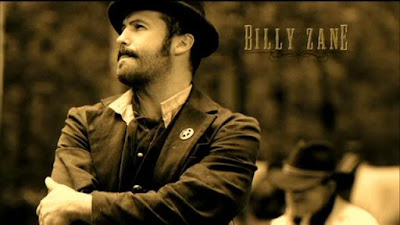 Zane is rather gray

One of the best actors was Armand Assante as the peculiarly nasty Amos. Mr Assante played Mike Hammer, Belizaire the Cajun and teamed up with Antonio Banderas in The Mambo Kings. Westernwise, he only did this and a TV movie in 1994 in which he was a blind gunfighter. Pity. He was rather good. 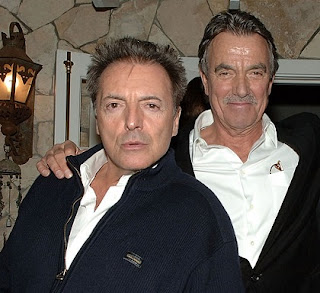 Armand Assante with lead Braeden at the wrap party

There’s a repulsive preacher (Al Hayter) who seems to have crawled out from under some rock. He commits perjury and his wife is equally mendacious. Billy has become mayor and is orchestrating “a return to our treasured traditions” (racism, death, destruction, etc.)

One by one those who were responsible for Paxton’s imprisonment and the deaths of his family are eliminated (the preacher is appropriately crucified). As Paxton replies when the saloon madam asks if he’s going to pay for that drink, “Everybody pays.” (There’s a bizarre and totally out-of-place love scene between Paxton and the madam which can only have been inserted for a few R-rated shots of breast.)

At a certain moment Paxton asks the undertaker to make more coffins. He seems to think he’s Clint Eastwood.

Naturally it all leads to a Paxton/Billy showdown, as we knew it would. There’s good news: the lowdown skunk Billy has a derringer (we guessed he might). Actually he shoots our hero in the gut with it and you know, a derringer may be a sneaky little popgun but it can sure do damage at point-blank range. So we get a Shaney ending as the wounded if not dying goodie rides off into the sunset.

The Texas locations don’t suggest Louisiana but never mind. Much of the dialogue is clunky, crudely obvious or anachronistic. “Slavery’s over! We can leave if we want!” enthuse the black workers (who are, honestly, little more than extras). At one point Ezra says, “Whatever”, in that modern way that means I don’t care. 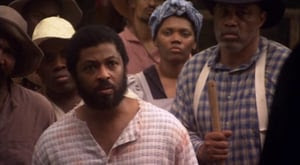 The movie was co-written by Glen Pitre, who also directed it, his only Western – and it shows a bit. His fellow writer, who directed/wrote three other Westerns, was Chuck Walker.

One is left thinking, “Next!”

PrevPreviousI Will Fight No More for Ever (ABC TV, 1975)
NextThe Gunfight at Dodge City (United Artists, 1959)Next

PrevPreviousI Will Fight No More for Ever (ABC TV, 1975)
NextThe Gunfight at Dodge City (United Artists, 1959)Next
Jeff Arnold © 2022 – All rights reserved – Designed by BetterCallChris
Scroll Up