In 1916 top silent-movie personnel got together to make The Good Bad Man, which we reviewed recently, and later that year the same ensemble produced one of the most famous of the early Westerns, The Half-Breed. Starring huge celebrity Douglas Fairbanks, with Sam De Grasse as the bad guy, produced by the Emperor of Hollywood DW Griffith, directed by Allan Dwan and with Victor Fleming at the camera, this movie became one of the great classics of our noble genre. It would be remade (much altered) in 1922 and again as a talkie in 1952.
.
.
. 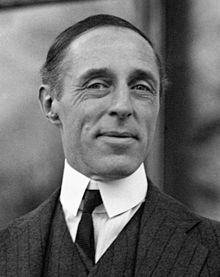 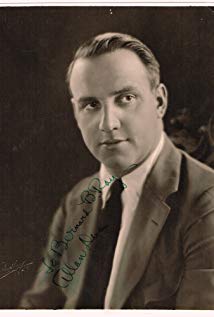 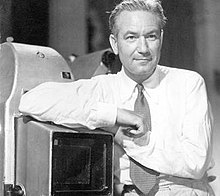 In 1978 a partial and badly damaged print of the original 1916 release was found in Dawson City, YT, Canada but most of the version we see today is a 1924 re-release, retitled and also apparently re-edited, by Tri-Stone Pictures, which resided at the Cinémathèque Française, was restored, and re-premièred at the San Francisco Silent Film Festival in 2013. Where they exist, the 1916 titles were used; otherwise the 1924 ones. Most of the current print (available on DVD) is of excellent quality, and it’s great to have it. It’s a full feature and has a runtime of 73 minutes.

The story is an early California one, adapted from the book written by Bret Harte, In the Carquinez Woods (1883). We open with a “Cherokee squaw” (uncredited actor) carrying a papoose – she has been, we are told, “betrayed by a white man” and the baby is therefore a “half-breed”. I’m not quite sure what a female member of the indigenous people of the American south-eastern woodlands is doing in Western California but perhaps she was well-traveled. 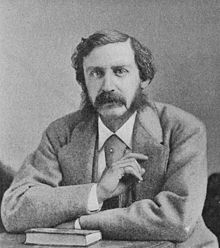 Her only friend is an old (white) hermit herbalist (equally uncredited actor) who lives in a remote cabin, and she leaves the infant with him (“I give him back. Make of him a white man,” she says) before committing suicide by leaping from a high cliff.

So the half-breed grows up and becomes Douglas Fairbanks. He was named L’Eau Dormante, a translation of his Cherokee name of Sleeping Water, but the white men anglicize this into Lo Dorman. 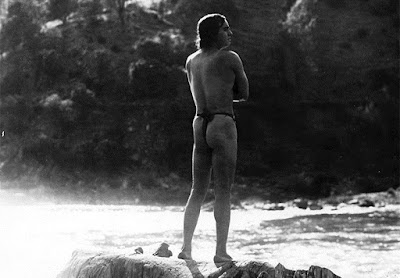 Rather daring shot of child of nature Lo

When the old man dies, brutal white men, looting the cabin, turf Lo out because an Indian can’t hold land in California. So Lo begins his wanderings and makes a home in the hollow trunk of a great redwood.

In the town of Excelsior, whose social hub is the Palka Saloon, we see Negro and Chinese dealers, perhaps subtly indicating, in that 1910s casually racist way, the lowness of the dive. But in fact this film is one of the less ethnically discriminatory pictures of the day, and many of the title cards stress the nobility of the half-breed (it’s a Rousseau-esque ‘noble savage’ agenda) and they refer ironically to the ‘superior’ and ‘civilized’ whites, portraying them as rogues and lowlifes. We sometimes forget, in fact, how pro-Indian many of the silent Westerns were. 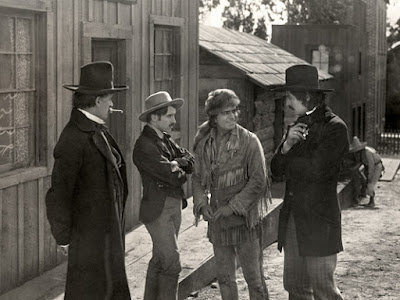 Innocent Lo has to deal with supercilious pastor, sheriff and express messenger

We meet Pastor Wynn (Frank Brownlee as Frank Brown Lee, actor/writer stalwart of the silent Western) pompous and racist scoundrel, and his flirtatious, capricious and malicious daughter Nellie (Jewel Carmen, famous for her lead role in Daphne and the Pirate the same year). The title card tells us about her: “Expensively educated, she was profoundly ignorant in two languages, with a trained misunderstanding of music and painting”. We also meet two of her admirers, Jack Brace (George Beranger, the second Cameron son in Griffith’s The Birth of a Nation the year before) who is the express company messenger, and the crooked Sheriff Dunn (eternal villain Sam De Grasse). And, it is revealed, the wicked Sheriff Dunn was also the man who fathered Lo and deserted the Cherokee “squaw”. He will doubtless get his come-uppance in the final reel. 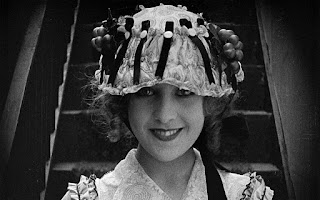 Nellie thinks a lot of herself

Gentle, innocent Lo walks into the hotbed of hypocrisy and corruption and promptly falls for Nellie, the poor sap, thus poking a stick into the hornets’ nest of small-town racial discrimination, lovers’ rivalry and parental snobbery. Of course Nellie leads him on. When her pa, the pastor, warns Lo off (“In the future, try to remember that, after all, you are an Indian”) Lo is uncomprehending and sad.

Now we meet yet more key characters, Dick Curson (on cards later in the film referred to as Dick Carson), a banjo-strumming mountebank magical-elixir salesman, played by Tom Wilson, a member of the Fairbanks/Pickford stock company, and his companion, the abused Teresa (second-billed Alma Rubens, who became a big star in the 20s but tragically became addicted to heroin and went in and out of various institutions). Curson/Carson gives alcohol to some Indians and incites them to dance, and they are mocked by the white patrons of the Palka. Lo, ashamed at what is being done to his people, drives the drunken men off. Teresa recognizes purity in Lo and advises him to leave this filthy town. “Your place is out in the woods with the clean things.” Lo agrees and trudges despondently off. 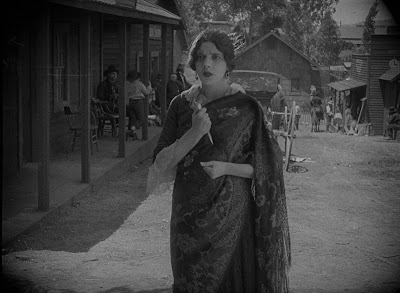 Teresa is armed and dangerous

Teresa, desperate at the mistreatment she receives from Curson, can take no more and stabs him. It doesn’t have the desired effect, though, because Curson declares admiringly, “That’s what I call love!” She also stabs the sheriff when he arrives to arrest her, then she flees to the woods, searching for Lo, pursued by a small posse. Lo will save her from the pursuers and give her shelter in his idyllic redwood home. Both Curson and Dunn land in the hospital.

Well, I won’t recount all the events and plot, but suffice it to say that there is much dramatic action, including a climactic forest fire (set by the drunken Indians) and you may imagine that Lo will find true love with Teresa, yet nay, for this time amor non vincit omnia, dudes.

Fairbanks does a great job

Wyatt Earp, then 68 and living in LA, is said to have been a face in the crowd in town.

Fairbanks, looking very Hawkeye-ish in buckskins and coonskin cap, is characteristically athletic. I once, in my youth, knew an old boy who had been a pal of Fairbanks in the 20s and he said that even when they were just walking along, Doug would suddenly leap up onto a tree branch or swing from a rail, just to keep in trim.

Variety said, “The story is well told in film form and the wonderful forest locations used for the picture make it seem most impressive. Mr. Fairbanks will add a number of admirers to the host who hold him as their own particular screen favorite. It is a picture well worth playing by any exhibitor.”