Company of Heroes: My Life as an Actor in the John Ford Stock Company, published by Scarecrow Press in 1994 and now also available on Kindle, gives an account by Harry Carey Jr (1921 to 2012) of the pictures he made with the renowned director John Ford. It provides a valuable insight into those movies for those who are interested in such things. 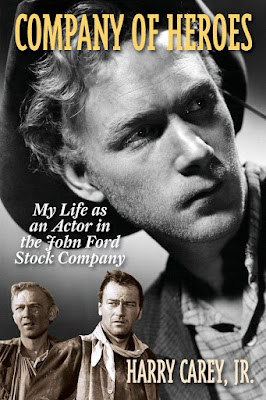 It starts with Dobe’s first Ford Western, 3 Godfathers, when he was 27, and goes on to discuss She Wore a Yellow Ribbon, Wagonmaster, Rio Grande, The Searchers, Two Rode Together and Cheyenne Autumn, as well as some non-Westerns (obviously beneath our notice). The list does, you could say, embrace some of the very best and very worst Westerns Ford made, though Carey is not especially critical of the poor ones.

Carey was clearly a huge admirer of Ford, passionately so, and the young man’s acting career was to be shaped greatly by the famed director. Of course there was a family connection: Dobe’s father, Harry Carey, had been a close collaborator of Jack Ford (as he was then) on the
early silent Westerns at Universal and although the two fell out (it has never been entirely clear as to why, though many have speculated) in the year of Dobe’s birth, and Harry Carey Sr never made a Western with Ford again, the bond remained strong. Ford was close to Carey Sr’s wife, Dobe’s mother, the actress Olive Golden, and always insisted that the young Carey scion call him “Uncle Jack”, which Harry Jr does throughout the book. 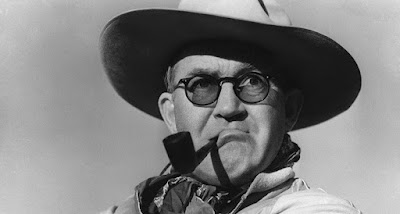 Though Carey’s respect and even love for Ford shines through the pages, it is also true to say that Ford often comes across in the book as, despite his huge talent, a deeply insecure, coarse, vindictive and petty bully. We knew much of this already, of course – see, for example, Scott Eyman’s 1999 biography Print the Legend, reviewed on this blog separately – but Carey’s book gives us chapter and verse from one who suffered on Ford sets. The curious thing is that Carey recounts the director’s often disgraceful antics with an amused and tolerant affection, and, though I’m sorry to say it, Dobe does sometimes tend to come across rather like a fawning hound which wags its tail feebly when it sees its master even though it knows that the master will beat him. Reading it, you sometimes find yourself telling Dobe to man up and give the obnoxious bully a black eye, or at the very least a mouthful of plain words. But it was a time when film directors were gods, and Ford was not the only tyrant on a movie set. I suppose we shouldn’t judge by our modern standards of acceptable behavior. Still, even at the time Ford did stand out as especially nasty. One example will do here:

Between one of the takes, Uncle Jack came over to the three of us [Carey, Ken Curtis and Richard Widmark, filming a fight on the set of Two Rode Together] while we were lying on the ground. I was lying on my stomach, head-to-toe beside Dick, trying to catch my breath. Uncle Jack made out he wanted to adjust Dick’s neckerchief. He came up beside me and fell to his knees. One knee buried itself in my back between my ribs. He leaned as hard as he could on that knee while he reached over and fiddled with Dick’s neckerchief. Then I heard a sound like a dry stick of wood breaking in half.
Andy Devine, who was a considerable distance away, said, “There goes Dobe’s ribs!”

Carey is also interesting when he recounts how other actors were treated. Some were belittled and demeaned while others seemed curiously immune, perhaps because they stood up to Ford (a bully does not cope well with resistance). Widmark was one of those who would stand no nonsense and gave as good as he got, but most of the others, even John Wayne, had to put up with a great deal. 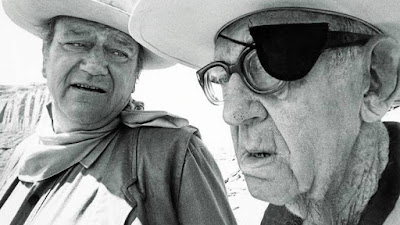 Duke and ‘Pappy’ or ‘Coach’

The director ruled on every aspect of his cast’s life while filming, dictating their down-time activities as well as their moves on the set. He forbade alcohol for the duration of the shoot (though would sometimes himself get drunk). Ford would choose the actors’ costumes and there is almost a creepy vibe as Carey describes him fitting his cast with hats and even shirts. 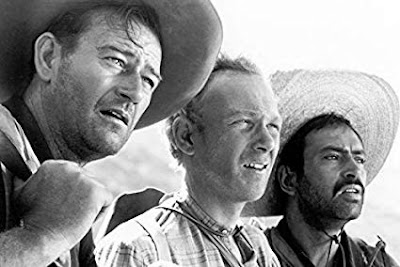 With Duke and Pedro Armendariz in 3 Godfathers

It wasn’t only the cast: woe betide a cinematographer, no matter how talented, if he dared to propose a camera placement. Ford, and only Ford, would do that and no suggestion, no matter how diffidently or obsequiously offered, was greeted with anything but sarcasm, scorn and contempt.

Carey’s horsemanship comes through strongly and he is especially interesting on how he, Ben Johnson and young Claude Jarman learned Roman riding for Rio Grande. Carey was close to the wranglers and stuntmen and gives us insights into the filming of a Western in the 40s, 50s and 60s. 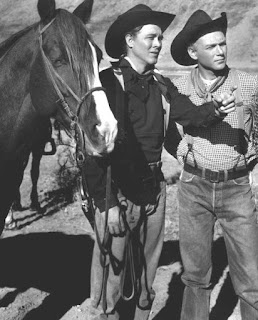 Carey with his great friend Ben Johnson in Wagonmaster

It’s an enjoyable book, though, full of anecdotes and illuminating about Ford Westerns. While Carey is diplomatic about bad films such as Two Rode Together and Cheyenne Autumn, he is fulsome in his praise of The Searchers. I myself share his admiration of that picture (though not everyone does). It’s not a great long read, thank goodness (as so many books these days are) and I recommend it to Western fans. 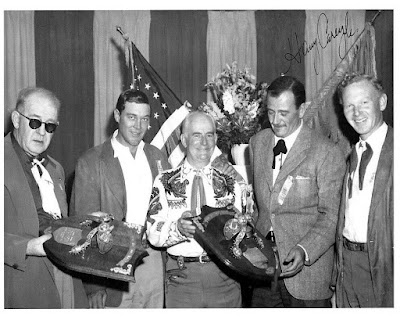