No great epic maybe but still a whole heap of fun is a late-50s George Montgomery outing, one of five movies he made in ’57, four of which were Westerns, Gun Duel in Durango.

We Westernistas like a George oater every now and then. No one would pretend they are art films but you are rarely disappointed. George was not, ahem, the most fluid of actors but hey, he was tall, tough and terrific. 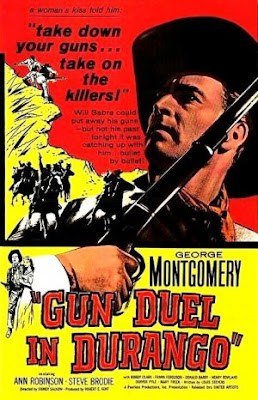 Gun Duel was made by Robert E Kent’s Peerless Productions (Kent’s first Western as producer, in fact) and released by United Artists. Kent was first and foremost a screenwriter and had made money from teenage rock ‘n’ roll pictures and gangster flicks but he also did a fair number of Westerns, starting with a John Payne lumberjack number in 1940. He wrote five for Montgomery. 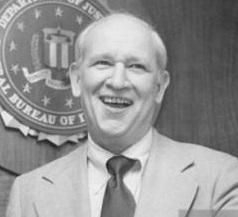 It was directed by good old Sidney Salkow (three of whose twelve Westerns were Montgomery pictures). Salkow was no John Ford or Howard Hawks, to be sure, but he was a solid journeyman who could turn out a fast-paced picture with all the requisite action. 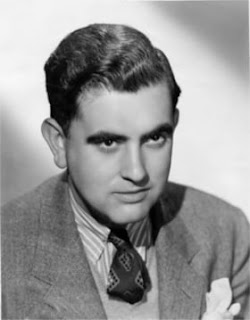 It was written by Louis Stevens, who worked on the screenplay of, among others, Border River for Joel McCrea, The Cimarron Kid for Audie Murphy, Horizons West for Robert Ryan and Santa Fe for Randolph Scott. Not bad, huh.

The plot of this one was, ahem, not perhaps the most original, but still competently done for all that. It’s the old one about an outlaw who wants to hang up his irons and go straight but his erstwhile cronies won’t let him. George is a classic good-badman, that character made his own by the great William S Hart in the 1910s and thenceforth so beloved of Westerns.

Many of these George Westerns had a good supporting cast. This one benefits greatly from
having Frank Ferguson as the avuncular yet steely sheriff, and no one did avuncular
better than Frank. 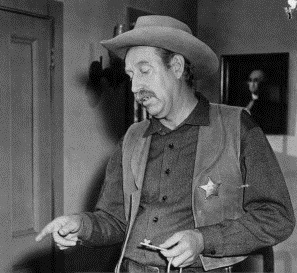 Third-billed Steve Brodie is the ruthless boss who murders an old timer – good old Syd Saylor – in cold blood in the first reel to establish his bad-guy credentials. Brodie is probably better known for his gangster and crime roles, and indeed in this picture too he does come across as rather a hoodlum, but he was raised in Wichita, so that’s a feather in his cap, and he appeared in 21 feature Westerns between 1946 and ’63. He was a regular bad guy in Tim Holt oaters and you may also remember him from Winchester ’73 or The Far Coutnry. I liked him especially in Sierra Baron. 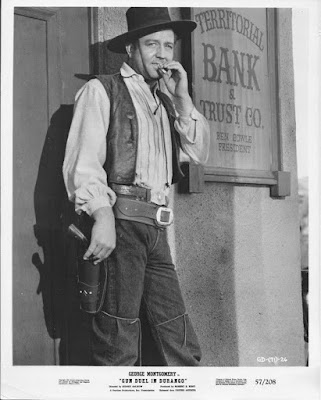 His chief henchman is Don ‘Red’ Barry. Though the role that made Barry famous was as arch-goody (he was Red Ryder, which is how he got his name) he did spend quite a time in the saddle holding up stages and such. Don is sacrificed by Brodie, serving as a human shield, and it doesn’t go well. 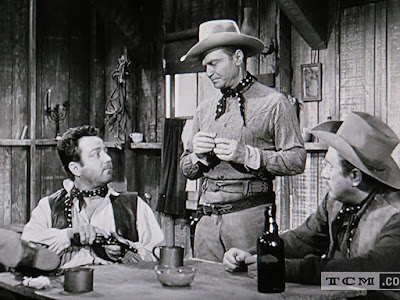 The rest of the gang is comprised of Henry Rowland, Al Wyatt, Joe Yrigoyen and Boyd ‘Red’ Morgan (so there were two Reds). Not maybe the baddest of bad guys – I mean we’re not talking Robert J Wilke or Leo Gordon here – but they are reasonably thuggish, inasmuch as the script allows.

Denver Pyle is a Texas Ranger captain, so that’s a plus.

Will Sabre (Montgomery) arrives in town on a wagon with a young boy (Robbie Donovan), the lad’s pa having expired and Will unofficially adopting the orphan. Will has come to Durango to have a reunion with his former belle, Ann Robinson. She has very slinky 1950s pants. She says she used to run “a gambling joint” (a common euphemism) in St Louis but now she’s a rancher, working hard and doing well. She doesn’t want Will unless he’s genuinely reformed. She will of course become the child’s step-mother in due course. We can tell that right away. 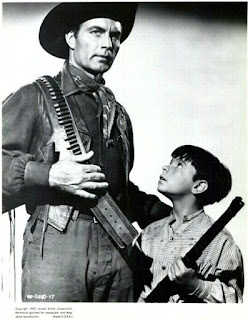 The hero will have to run with the bandits for a while but will eventually act bravely, defeat the gang and be exonerated, becoming a respectable member of the community. That’s just what happened to Joel McCrea in The Lone Hand, you will recall, and indeed, it happened to a good many other Western heroes at different times also.

Sheriff Ferguson suspects that ‘Dan Tomlinson’, which is the name Will has assumed, might be bandit/gunfighter Sabre but still gets him a job in the bank, which seems a little rash, or at least implausible.

The boy is perky and plucky, as was the wont of boys in Westerns. The audience was often made up of youths of a similar age so they could identify with the lad, and their moms could approve of how clean and polite the boy is. Donovan had been a kid in Westerns since 1955 so was by this time, two whole years later, an old experienced hand. 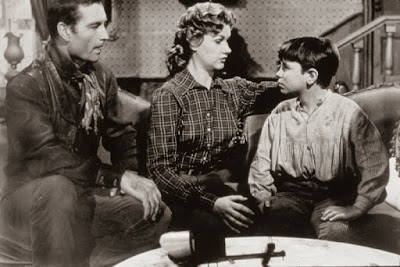 They become a family

Don’t expect cinematic greatness but if you like a solid low-budget black & white oater every now and then – and which of us, dear e-pards, does not? – then you could a lot worse than Gun Duel in Durango. 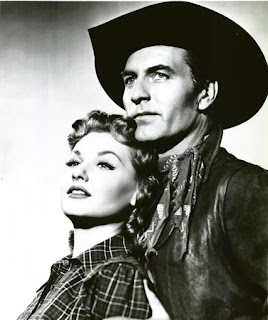 It was Robinson’s biggest Western part. She’s quite good, actually.

You will immediately recognize ‘Durango’ as the Western street up at Corriganville. I guess it was supposed to be the Colorado Durango, not the Mexican one. I visited it. Nice town. That was where a passer-by complimented me on the way I wore my hat. I grew a foot with pride. My companion thought he was being ironic but huh, what do women know?