.
.
Red Ryder started as a very popular cartoon character in newspapers in 1938, created by writer/merchandising wizard Stephen Slesinger and talented artist Fred Harman. Don ‘Red’ Barry was cast as the hero by Republic boss Herb Yates when the studio acquired the rights to bring Red to the screen in the serial Adventures of Red Ryder (1940). Meanwhile, Reed Hadley was Red Ryder on radio until 1944, succeeded by Carlton KaDell in 1945 and Brooke Temple from 1946 to ’51. Back at Republic, when it came to features, Bill Elliott took the role for sixteen pictures between 1944 and ’46 and Allan Lane was Red seven times in 1946 and ’47. That’s a lot of Reds for the public to get used to. But it wasn’t finished yet.

In 1949 Republic’s franchise ran out and Eagle-Lion Films took up the gauntlet, this time in color. As the name suggests, Eagle-Lion was a transatlantic company which made and released Anglo-American pictures. In 1947 it bought PRC, Producers Releasing Corporation, known popularly as Poverty Row Corp, producer of low-budget Westerns (and other genres) through the early and mid-1940s. Eagle-Lion lost money, however, and went under in 1950. 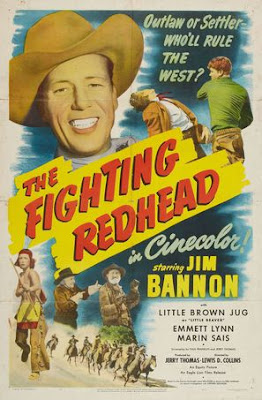 They cast Jim Bannon as Red Ryder. Bannon had started in radio, as an announcer and actor, with his most prominent role being that of Detective Jack Packard in the serial I Love a Mystery. In 1946 he signed with Columbia as a contract player in an attempt to become a Western movie star, but left the following year for Republic, becoming a stuntman and double. In 1948 he was cast as the lead in Republic’s serial Dangers of the Canadian Mounted and in ’49 was eighth-billed in the Glenn Ford/William Holden Western The Man from Colorado, back at Columbia, but got into an, er, altercation with director Charles Vidor and punched him on the nose. Actually, though, the dog it was that died, you might say, because Vidor was fired (Holden disliked him too), Henry Levin took over and Bannon kept his part. 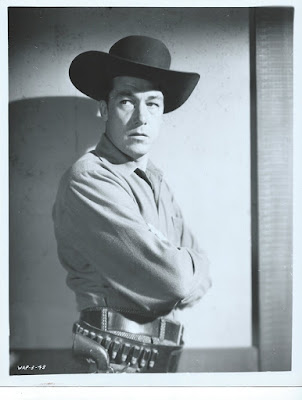 Jim got the part

Later, Bannon would team up with Whip Wilson and Fuzzy Knight in a series of oaters and then nab a starring role in The Adventures of Champion on TV. He finished his career back in radio as a morning news broadcaster and the host of his own afternoon show in Phoenix, Arizona. But he is certainly most famous for his time as Red Ryder. He did four movies as Red, all in 1949, and like Rocky Lane he also tried a TV pilot, in his case in 1951, but he was equally unsuccessful in that and, curiously perhaps, Red Ryder never made that all-important transition to the small screen as his great rival The Lone Ranger did.

Bannon really wanted to be Red. He openly campaigned for the part by outfitting his car, Tom Mix-style, with a Texas Longhorn hood ornament and a Colt .45 gearshift, while dressing in Western duds. There was one slight snag: he didn’t have red hair. That hadn’t been a problem for Don Barry, Wild Bill or Rocky Lane because their pictures were in black & white (and still less of a problem for the radio Reds…) but these new movies were to be shot in Cinecolor. He had to dye his hair and regularly visit a hairdresser in Louisville, KY to keep it that way, according to a 1950 newspaper article with the title Even Cowboy Stars (Tsk!) Are Tinting Their Tresses. Bannon said in 1965 that it was the “toughest part of” playing Red Ryder. OK, whatever. Of course it wasn’t just the movies: part of his contract was to make personal appearances in costume across the country, including a stint with a circus in 1950.

Would I be very cruel if I suggested that he wasn’t quite as good a Red as the others? Sorry,
but I preferred Elliott and Lane, or even Don ‘Red’ Barry. It is true that the lines he had to say were very plodding indeed, but his wooden delivery didn’t help. The script was written by Paul Franklin, who had penned a lot of Gene Autry and Charles Starrett oaters – The Fighting Redhead was his last picture – and Jerry Thomas, who wrote a lot for Eddie Dean and Lash La Rue. To be brutally frank, artists they were not. Still, at least Jim was quite handsome and 6’ 2” (1.88m), which was more than you could say for Don Barry.

The director chosen was Lewis D Collins. In a career spanning decades Collins had churned out two-reeler silents, second-feature oaters, serials, whatever he could. He worked a lot for Universal and Republic, helming Bill Elliott and Johnny Mack Brown pictures especially. Some credit him with directing “the last ever B-Western”, Two Guns and a Badge in 1954. He directed all four Bannon Red Ryder outings. 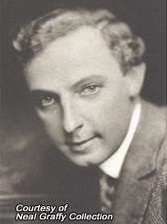 It’s probably sexist but to me a “redhead” is a woman. This time, though, the title refers to Mr Ryder, our hero. We open with a chase, and Red soon rides down the fugitive, a lowdown rustler (stuntman and horse trainer Sandy Sanders). But this fellow turns out to be only rustlin’ for food, to feed his little daughter (Spooky Reynolds in her only film), and Red takes pity on him and offers him a job on the Duchess’s Painted Valley spread (no Circle R any more).

This time the Duchess is Marin Sais. She was a singer who appeared in two-reel comedies for Vitagraph. She became a regular on Hoot Gibson oaters and then she married Jack Hoxie. Whatever the attraction, she seemed to specialize in Westerns.

The Fighting Redhead may not have the corniest plot in the business but it’s certainly one of them. It’s the old chestnut of rancher vs. homesteaders. Ruthless cattleman Faro Savage (named for both a card game and a heathen, so he really must be a blackhat) is the bad guy who wants the sodbusters off ‘his’ open-range grazing land.

Mr Savage is played by Jon Hart. After a promising start, Hart’s career trod water a bit and after the war, in the words of the IMDb bio, “he fell into the low-budget Western and serial rut, but served with distinction in many youth-oriented productions.” He had already been a radio-comic strip hero, Jack Armstrong, in a 1947 serial, and the same year as The Fighting Redhead he would become The Lone Ranger on TV for 52 episodes when Clayton Moore and the producers had a slight falling-out. Anyway, he is satisfactory as the bossy swine (with henchmen, obviously) who will (inevitably) get his come-uppance in the last reel. 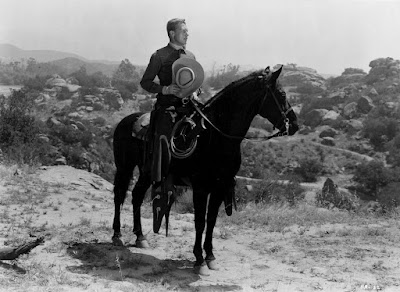 Savage’s first target is decent settler O’Connor (Forrest Taylor, literally hundreds of Westerns to his credit, from the lead in a 1916 silent to a Bonanza episode of 1962, so respect, dudes), who sets his jaw and tries to run Savage and his henches off, but he needs the help of his tomboy daughter Sheila (Western regular Peggy Stewart) to do that. She is pretty darn handy with a six-gun. In fact she shoots Savage’s hat off. Savage goes off saying Grrr, you’ll pay for that, etc, you know how they do, and so O’Connor sends a telegram asking for the help of his old pal Red Ryder. 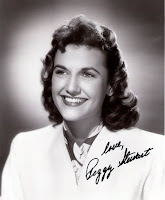 Peggy is the feisty gal

It was all done up at Iverson Ranch and quite nice from that aspect but it’s in Cinecolor, a process that didn’t last well, and everything is highly green. Red Ryder has green hair. They even ride green horses.

Savage and Red go back. “He and I have had dealings before,” snarls the badman. They used to be Texas Rangers together but they went their different ways. Now Savage says, “I’ll get even with Ryder if it’s the last thing I do!” Yes, I’m afraid the script is that clunky. 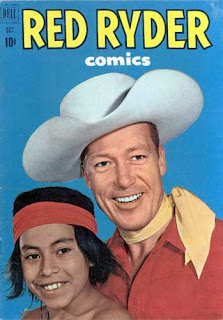 Naturally there was the comic-book spin-off.
Don Reynolds was Little Beaver to Jim Bannon’s Red.

This time Don Reynolds, 12, is Little Beaver, billed as ‘Little Brown Jug’, which you probably wouldn’t get away with these days. He only died last year. And this time Red gets a
comic old-timer sidekick too (they were kinda de rigueur in the West), Buckskin, played by ‘comic-old-timer’ specialist Emmett Lynn. He appeared in countless Westerns. If you needed a grubby old prospector or a seedy barfly or bearded old-timer, Emmett was your man. In fact he had sidekicked Bill Elliott as Red but didn’t seem to notice Red had changed.

There’s a Savage vs. Red fight at the end. You’ll be amazed at who wins.

The old-timer has the last laugh.

Well, don’t expect greatness. But I guess it’s not that much worse than a million other low-budget juvenile oaters of the time.

We’ll have a look at another Bannon Red Ryder picture at some point. But that will probably be enough.