The Western is the only genre to have its own typeface. Its distinctive characteristic is that the serifs (“serif: any of the short lines stemming from and at an angle to the upper and lower ends of the strokes of a letter”) are stronger than the main strokes. 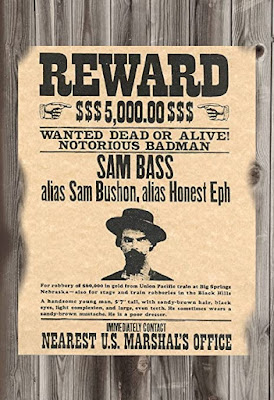 .
.
I’m writing in it now (though you may or may not see it: I notice that the font is recognized when I view this page on may computer but not on my iPad) and in fact really it is more suited to capital letters. That’s because, as its name, Playbill, suggests, it was developed from a font used in the nineteenth century to advertise theater plays and other shows, and from there it was used in the West for ‘Wanted’ posters and other announcements.
.
.
Many Western movies use it, and John Ford was especially fond of it for his introductory titles. 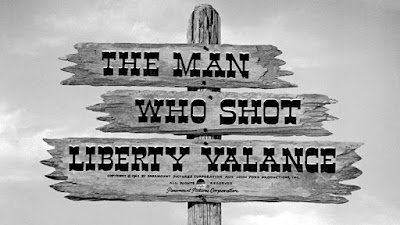 .
Of course many other fonts were used in the West.
.
. 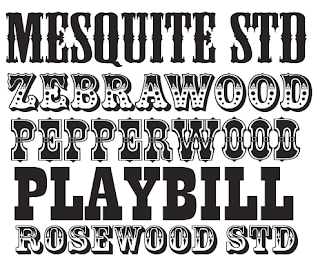 .
.
I read somewhere, “The top one, Mesquite Standard, to me says SALOON while the Playbill font second from the bottom is from the stereotyped WANTED: DEAD OR ALIVE $1,000 REWARD posters.”
.
.
Yup.
PrevPreviousStagecoaches
NextThe Jack Bull (HBO, 1999)Next