This world is an abomination, says one character, perceptively

Back at the tail-end of 2018, here in rural France where I live, the local traveling cinéma
arrived, as it sometimes did (pre-Covid), to show Les Frères Sisters in the village hall. I decided to go, though I don’t care much for Westerns dubbed into French. It was pretty well a disaster.
Hard chairs, a hugely overheated hall, endless pre-movie advertisements, and finally, about an hour after the scheduled start time,  a different movie than the one announced, real junk that asked us to believe that it was the women of Paris who marched out to Versailles to bring Louis XVI back to the capital. I walked out.

Then I saw that The Sisters Brothers was on OCS, one of those Netflix-style streaming services I get, but it was again only in French. For goodness sake! Offer it in French in France by all means, but why not the choice of language? Too mean, OCS? Too lazy? Something to do with the rights? Whatever the reason, doh.

Of course the French Les Frères Sisters completely loses the quirkiness and appeal of the original title. To be fair, Les Frères Sœurs wouldn’t really have done, so how do you translate that? But French translations of titles are notoriously bad. 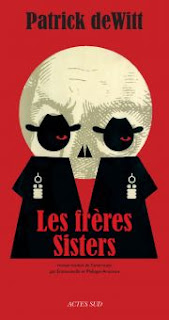 Anyway, I finally bought the DVD.

The picture is based on the 2011 novel of the same title by Canadian writer Patrick DeWitt, the movie rights for which were optioned by star/producer John C Reilly. Reilly had previously appeared in Les Cowboys (2015), a French sort-of Western directed by Thomas Bidegain, a frequent collaborator of the director chosen for Sisters, Jacques Audiard. Bidegain helped Audiard adapt the novel for the screen. 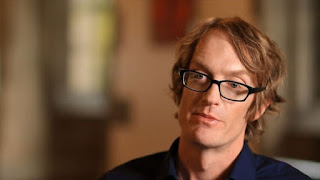 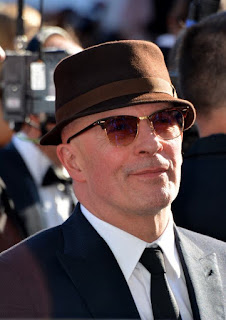 Reilly played the elder brother Eli Sisters and Joaquin Phoenix was cast as brother Charlie. Actually, they had something in common: both Reilly and Phoenix had played Johnny Cash.

Oregon, 1851. The movie opens with shots in the dark as the brothers, who are hired killers, murder people, so many they can’t be bothered to count them properly, and leave horses in a burning barn. So right away the ‘heroes’ are clearly horrible men. It isn’t easy to make
bounty hunters and paid assassins sympathetic. Charlie is especially unpleasant.

He is also, despite being the younger brother, clearly the ‘lead’. Eli is pretty well only a sidekick, but not happy about it. Only Charlie gets to meet with their employer, the Commodore (Rutger Hauer, who has an easy ride of it because he has no lines to learn). Eli is not deemed
worthy. 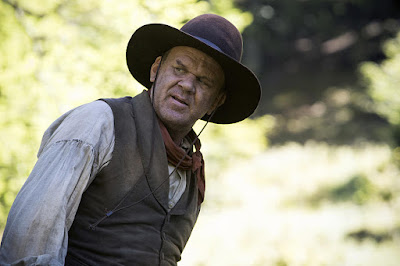 The siblings in fact bicker most of the time, and gradually their backstory emerges. We learn that Charlie killed their abusive father but Eli always feels that he should have done it. Charlie thinks that the brothers inherited the skills they have in their trade of murder from their violent daddy. At any rate they drift around the West casually killing people. 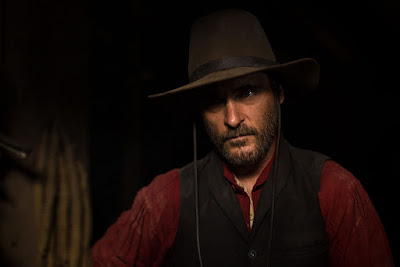 The Commodore sends them after a man named Warm (Riz Ahmed) who has invented some chemical process for raising gold from Californian river beds, so he commissions the Sisters to extract the details of the process by torture, then kill the man. The Commodore also orders another employee, John Morris (Jake Gyllenhaal), a journal-keeping detective, to track Warm down so that the Sisters can come and kill him. But Warm has a talent for winning people round to his side, and first Morris, then the Sisters find themselves as partners. This prompts the Commodore to send out yet more assassins.

Some interest comes from the gradual change that comes about in the brothers’ relationship. Gradually, Charlie’s dominance and authority fade and Eli assumes command of the duo and takes the initiative. 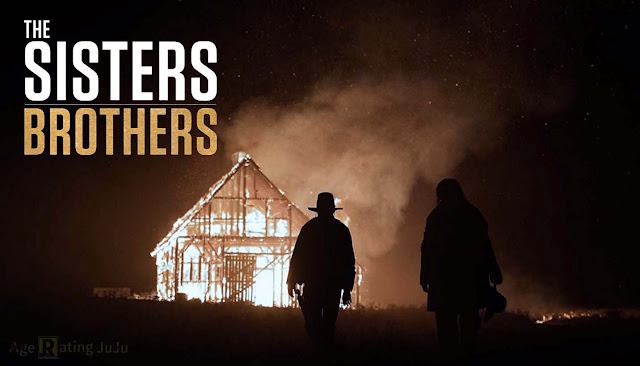 There are explosive gunfights, more than once in the dark, and the chemical process works but with disastrous results. Finally, the brothers decide that the only way to get clear now is to kill the Commodore, so they return north to do that, but a surprise awaits them.

The ending is curiously bucolic and sweet, with embraces in a Fordian doorway. ‘Curiously’ considering the raw violence and brutish nature of the life they have led. At one point Warm says, “What we need to do is to put an end to all this barbarity. Put an end to all this violence.” But there’s little chance of that.

The picture was shot in France, Romania and good old Almeria, and is visually fine.

It got some good reviews and IMDb tells us that it earned a standing ovation at the 2018 Venice International Film Festival, and director Jacques Audiard won the Silver Lion for Best Director. Glenn Kenny on rogerebert.com said of Reilly, “Give the man his Oscar already”, while Tomris Laffly wrote, “Call it a revisionist or an absurdist Western if you will, but Audiard’s film feels
both refreshingly new … and nostalgically familiar.” Manohla Dargis in The New York Times said, “Despite Mr. Audiard’s embrace of contemporary norms that would have been out of place in a Wayne western — the amusingly deployed coarse language, the shots to the head and sprays of blood — he isn’t attempting to rewrite genre in The Sisters Brothers, which is one of this movie’s virtues, along with its terrific actors and his sensitive direction of them.”

It is in fact quite a bit better than some of the Eurowesterns we have been reviewing lately.

But it was not a box-office hit, grossing $7m on its $38m budget. Probably because of the failed rural French showings.

PrevPreviousHearts of the West (MGM, 1975)
NextAmerican Indians and the WesternNext

PrevPreviousHearts of the West (MGM, 1975)
NextAmerican Indians and the WesternNext
Jeff Arnold © 2023 – All rights reserved – Designed by BetterCallChris
Scroll Up