Death and angst in the cold north

Alder Gulch is an Ernest Haycox novel from the year after Trail Town (click for our review of that) and like Trail Town, and indeed the likes of 1943’s Bugles in the Afternoon (also reviewed) Alder Gulch is a quasi-historical novel. Bugles had Custer as a peripheral character, Trail Town had a sort-of Bear River Tom Smith in Abilene, and Alder Gulch featured, if marginally, Henry Plummer. 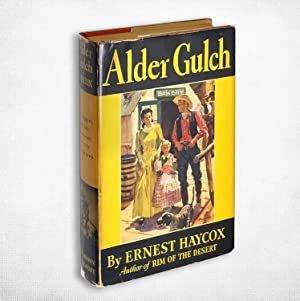 So we are in Montana in the 1860s. The story actually starts in a rather ‘unWestern’ way, on a schooner out of San Francisco, and the tale has a William Conrad, even almost Melville-ish vibe. The hero, Jeff Pierce, has been shanghaied in ‘Frisco and in northern waters manages to make his escape overboard and make it to shore. Doing so, he kills the brutal captain (in self-defense, naturally) and the captain’s brother, the first mate, pursues him, single-mindedly, almost obsessively, certainly inexorably, throughout the story, for revenge, and we know there will be a final showdown/reckoning, probably in the last chapter and even maybe on the last page. We are right.

But as soon as Pierce is on dry land, it all becomes much more Western. He teams up with a runaway unwilling bride, the independent and spirited Diana Castle (and we sniff future romance in the air) and the fugitive pair makes for the new goldfields.

A little bit of background: Alder Gulch is a place in the valley of the Ruby River, Montana, where gold was discovered on May 26, 1863, by a certain William Fairweather. Word of the strike leaked out in nearby Bannack and soon there was a gold rush. The population swelled to over 10,000 in less than three months. The new settlement ran the length of the gulch, and Junction City, Nevada City, Central City, Virginia City (all of which figure in the novel) and others became one fourteen-mile long conurbation. The miners lived in tents, brush wickiups, dugouts and even under overhanging rocks until cabins could be built. It is said that in three years $30 million’s worth of gold was extracted from the diggings.

Naturally, as with any boom town, criminality and violence were quick to appear. Henry Plummer (1832–1864), originally from Maine, was first a prospector. His mining venture went well: within two years he owned a mine, a ranch, and a bakery in Nevada City. But in 1863 was elected sheriff in Bannack. There was even talk that he should run for state representative as a Democrat. However, the party was divided, and without its full support, he lost. Plummer killed a certain John Vedder, and there was talk that he was involved with Vedder’s wife. Plummer claimed he was acting in self-defense in the incident, but was convicted of second-degree murder, and sentenced to ten years, but pardoned by the governor on the grounds of his public service and poor health (he had TB). Other shooting incidents (and mortalities) followed.

Between October and December 1863, the rate of robberies and murders in and around Alder Gulch increased significantly. In particular, miners were being robbed and killed, especially by road agents. In December 1863 some citizens formed the Vigilance Committee of Alder Gulch. In January and February ’64 the vigilantes arrested and summarily executed at least twenty alleged offenders (who are called toughs in the novel). Before being killed, one of the road agents, ‘Red’ Yeager, tried to make amends by giving a complete list of gang members, and at the top of the list was Henry Plummer.

Plummer and two of his deputies, along with gang member Clubfoot George, were arrested on the morning of January 10, 1864, and summarily hanged – from a gallows Plummer himself had had erected.

Plummer doesn’t figure hugely in the book, but Haycox depicts him as a handsome though cold and calculating murderer and thief. For Haycox, the vigilantes are pretty well the goodies, and hero Pierce joins them. When one of Pierce’s friends, Ollie Rounds, is found to be on the list, Pierce defends him but then reluctantly accedes to the hanging. This scene in the book is very reminiscent of the hanging of the Virginian’s friend Steve in The Virginian (click for our review).

Another real character who makes an appearance is X Biedler, one of the vigilantes. X, as he was known by all, was a true Western type: Wells, Fargo shotgun guard, Indian scout, US marshal, the whole nine yards.

It is said that Alder Gulch was the basis for the Anthony Mann Western The Far Country (1954), with James Stewart in the lead as Jeff, though Jeff Webster, not Jeff Pierce. We reviewed that picture recently, so click the link to read. However, having re-viewed the film and just read the book, I have to tell you that there is almost no connection, beyond both being tales of skullduggery in cold northern lands. There is perhaps one other feature they have in common: both Jeff Pierce and Jeff Webster make much of their independence, their lack of need for human contact, their refusal to accept the no-man-is-an-island philosophy – though of course in both book and movie they finally succumb.

The authority on Haycox, Richard W Etulain, in his (very good) 2017 book Ernest Haycox and the Western, says that Pierce was a new kind of hero for Haycox, one “with deeper insights and stronger passions”. Certainly he is a complex character, isolate, alienated, and, as Professor Etulain says, this causes him to hurt Diana, who is searching for a relationship of trust. Diana even comes to hate him, and she forms some kind of bond – though lukewarm – with another man, the decent and steady miner Scoggins, whose friendship with Pierce (inasmuch as he has any friends) is thus put under strain. 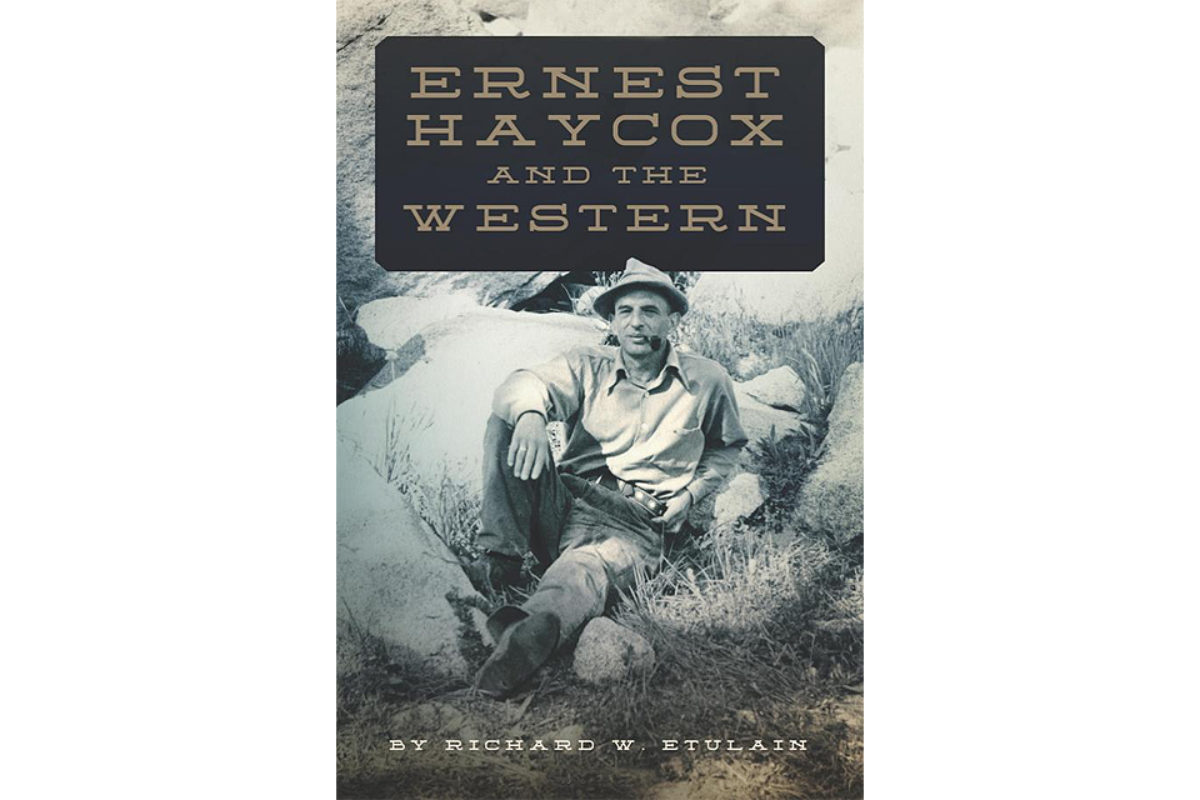 As a sort of counterpoint to Pierce, there is a sub-plot about a sad gambler, Temperton, who is the opposite: he seeks belonging but is denied it. His young daughter does not love him and lives with Diana, who becomes a surrogate mother. The girl’s real mother, Temperton’s estranged wife, turns up to reclaim the girl, and is a cold, bitter and hard woman, but the child goes away with her. And Temperton commits a lonely suicide in a cheap hotel room. It’s actually tragic, and quite moving.

The book is certainly beautifully written. Haycox became a prose master, once he had put his sensational magazine story apprenticeship behind him, and his novels of this period are very much in the ‘literary’ rather than pulp class. He even aspired to Walter Scott-type historical novelry. Well, for me, Scott’s tales are far too long and discursive, not to say romantic, and I’d prefer Haycox any day.

I confess to finding the ending a bit of a damp squib. For me, though of course this is a personal thing, I would have preferred the implacable seaman to have got Pierce, finally, and Diana to have been condemned to a loveless and childless marriage. Maybe I just like gloom ‘n’ doom.

Anyway, it’s a fine book, well worth a read.

PrevPreviousThe Fiend Who Walked the West (Fox, 1958)
NextBlazing Across the Pecos (Columbia, 1948)Next

PrevPreviousThe Fiend Who Walked the West (Fox, 1958)
NextBlazing Across the Pecos (Columbia, 1948)Next
Jeff Arnold © 2022 – All rights reserved – Designed by BetterCallChris
Scroll Up