Love me tender, Love me true, All my dreams fulfill

The other day we reviewed RKO’s Rage at Dawn (click the link for that) a 1955 Randolph Scott oater with a story based on the Reno brothers of Indiana, noted as the first train robbers of American history, well predating Jameses, Youngers or Daltons. Well, Fox’s Love Me Tender the year after was another Reno gang picture, though even more fictional. It does not start with the frequently-seen “This is the true story of…” and a good thing too because that really would have been a claim too far. At least Scott’s version featured the Reno brothers, Frank, John, Sim and Bill. Love Me Tender is a nominal Reno Brothers picture in that some of the characters bear the surname Reno but in no other regard.

Perhaps in deference to Elvis Presley, whose first film this was, the whole story has been transposed to the South. The Reno brothers’ place is in Texas and they all (except Honest Clint, played by Elvis, slightly more glamorous that Rage at Dawn‘s Clint, Denver Pyle) go off to fight on the Confederate side. (The real Renos went into ‘business’ enlisting in the Union army for the payment, deserting and re-enlisting elsewhere, till they had enough cash, without actually fighting). Right at the end of the war the Love Me Tender Reb Renos rob a train of its Northern gold and, hearing then of Lee’s surrender, Capt. Vance Reno (this must be Frank, I suppose), and the rest of the guerrilla band decide to keep the loot.

On returning to the family farm, Vance finds that he had been reported killed. Worse, young brother Clint has married Vance’s sweetheart Cathy (Debra Paget, for once not an Indian in a Western). Vance is awfully decent about it and pretends he doesn’t mind but of course Cathy and Vance still love each other so there are going to be ructions. Then the authorities come demanding back the money from the robbed train and the Reno boys are arrested. Vance thinks they should do a deal and give the money back.

Well, this stuff is all very well but what has it to do with the Reno brothers? Even their names have been changed: Clint is there but their brothers are Vance (Richard Egan), Brett (William Campbell) and Ray (a pre-Virginian James Drury in only his second Western). There is no sign of sister Laura for anyone to fall in love with and there is an aged Ma Reno, played by Mildred Dunnock (only 54 in fact) who looks alternately bored and bemused by the whole affair (especially when Elvis sings), as well she might, frankly.

The detective tracking the stolen money is a “Mr Siringo” (Robert Middleton, a favorite of mine). Could this be the famous Western detective Charlie Siringo, one wonders? If so, what’s he doing in 1865 Texas chasing down the Renos? And why is he such a fat man in his late 40s? Charlie was ten years old then. It’s all very confusing.

Neville Brand is good as the Reb fighter who is all for keeping the money and not giving it back. LQ Jones is hidden away in the movie as Pardee Fleming (but blink and you’ll miss him).

But of course the attention is focused mostly on Elvis. Not that the movie was designed as a star vehicle. He only came in later (the role had been slated for Cameron Mitchell) and he only got third billing after Egan and Paget. Elvis turned out to be, perhaps surprisingly, a rather good Western actor and Flaming Star (1960) is an excellent little movie but here he has little to do in the action apart from pose questions such as “What happened?” and “Why?”, and then sing. The Poor Boy he does at the school-raising picnic is hilarious: he does all his pelvic gyrations and there are rows of nineteenth century teeny-boppers squealing with delight. According to Bosley Crowther in The New York Times, Elvis had to moderate his gyrations: “Producer David Weisbart and director Robert D Webb instructed Mr Presley to restrict himself to a mild St Vitus dance.” 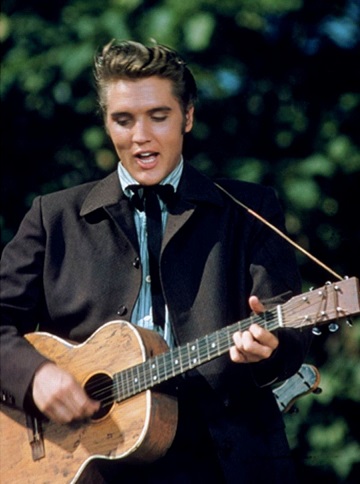 That well-known source of vital must-know information the IMDb trivia page tells us that the footage of Elvis singing “was shot after preview audiences reacted badly to his character’s fate. This new footage created a continuity error, as Elvis had dyed his hair black by the time of the additional shooting, whilst in the movie his hair color was closer to blonde.”

The title song was a reworking of the Civil War ballad Aure Lea, which was adopted, almost from its beginning, as the school song of the US Army Military Academy at West Point (NY).  Elvis got a writing credit on it but later said he hadn’t contributed even a line. Elvis’s RCA Victor recording of the song went to No 1 on the Billboard chart that year. 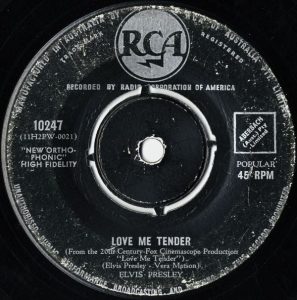 I won’t describe the ending in the slightly unlikely event that you’ll want to see it but I can reveal they aren’t lynched by vigilantes.

Direction is by Robert D Webb, one of five feature Westerns he helmed, the best without a doubt being the Robert Ryan picture The Proud Ones the same year as this one.

The screenplay was by Robert Buckner, who did a lot of Michael Curtiz/Errol Flynn oaters, from a story by Maurice Geraghty (Westerns dating back to 1935 –this was his last). If I’d been involved in the writing I’d have asked why the adjective tender instead of the adverb tenderly but I suppose that’s what pedantry does for you.

There’s fairly unremarkable photography by Leo Tover of the Fox Ranch and studio locations (in black & white: at least Rage at Dawn the previous year was color), and some Lionel Newman music.

It had been slated as a low-budget program filler but once Elvis was signed the budget was upped to $1m – which it made back on the first weekend of release alone. To be blunt, you wouldn’t know it.

Reviews were distinctly on the modest side. The New York Times said “It should be an average satisfaction, and no harm done, to his fans” but it was “likely to leave most patrons untouched outside of the sizable circle of the singing guitarist’s fans. For the picture itself is a slight case of horse opera with the heaves, and Mr Presley’s dramatic contribution is not a great deal more impressive than that of one of the slavering nags.” Variety said, “Appraising Presley as an actor, he ain’t. Not that it makes much difference. There are four songs, and lotsa Presley wriggles thrown in for good measure.”

Well, I like Elvis, who doesn’t, so I’m not knocking the film on that account but as a Western it’s pretty stodgy fare, to be honest, the song-related title was lousy for a Western (the working title had been The Reno Brothers) and as a tale of the Renos, well, forget it. 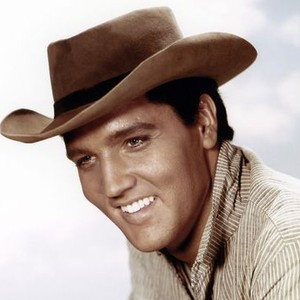