I wrote a bit about John or Johnny Carpenter (1914 – 2003) back in 2014 when reviewing his dismally bad 1956 z-movie I Killed Wild Bill Hickok. Click the link for that. This John Carpenter (we’re not of course talking about the Halloween John Carpenter) was a guy from the Ozarks who did the riding for Mickey Rooney in National Velvet. Later he specialized in very low-budget feature and TV Westerns. He wrote and produced, as well as starred in (sometimes under assumed names) five movies in the genre: Badman’s Gold (1951), Son of the Renegade (1953), The Lawless Rider (1954) – our next review, you will be thrilled to learn – Outlaw Treasure (1955) and I Killed Wild Bill Hickok (1956). They were all bad. 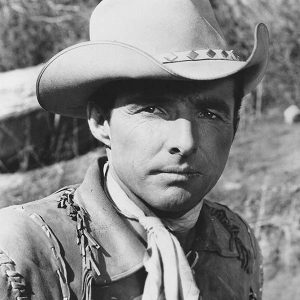 By the by, Carpenter loved horses and made his ‘Heaven on Earth’ ranch available for handicapped children to come and spend a day with the animals and enjoy the mock Western town that served as the ranch’s backdrop. So full credit to him for that. The ranch began in the mid-1940s and ran until Carpenter was evicted in 1994.

These Carpenter pictures were shot on a $20,000 budget, ultra-low even by Poverty Row standards, and the cast was made up of a combination of unknowns, stuntmen, friends and amateurs. The acting is universally wooden, even by 1930s second-feature standards. The players all just stand there and recite the lines they have dutifully learned. Those lines were credited to Johnny, and utterly plodding I’m afraid they are. I don’t think Laurence Olivier could have done much with them (though I would like to have seen him try). Actor Henry Bederski once said, “Johnny Carpenter couldn’t write a story to save his life.”

Credited by IMDb as co-writer of Son of the Renegade, though not on the screen, is Edward D Wood Jr. Of the many hacks that waded in the outer shallows of the Hollywood talent pool, Ed Wood (1924 – 78) is perhaps now the most famous, largely because of Tim Burton’s 1994 biopic with Johnny Depp as Wood. Wood’s films passed through ‘cult’ status into their current almost mainstream existence as ‘so bad they’re good’. Ed Wood was a bizarre character, a decorated marine, transvestite and alcoholic, and apparently completely talentless in his chosen professions of director, writer and producer. As far as Westerns go, he was probably involved in various capacities in seven, in the 1950s and 60s. I say probably because his participation in many projects was shadowy at best. 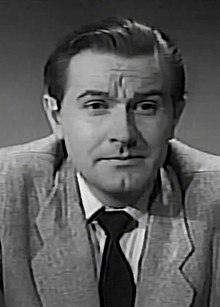 He seems to done some stunts (uncredited) on the Samuel Fuller Lippert picture The Baron of Arizona in 1950; he had indeterminate script input on Son of the Renegade, as I have said; in ’53 too he directed, produced and wrote an early TV movie, the unsold pilot Crossroad Avenger: The Adventures of the Tucson Kid; he co-produced The Lawless Rider in 1954; and he wrote Outlaw Queen in 1957, Revenge of the Virgins in 1957, and Gun Runners in 1969. These were all minimal-budget pictures and the writing, production values and direction on them are universally abysmal.

Son of the Renegade was shot by regular Wood/Carpenter cinematographer William C Thompson (in black & white, of course) on the Jack Ingram ranch, near LA, and Mr Ingram – not the NASCAR driver, country music artist or hockey player – appears in the movie, as the chief villain, Three-Fingers Jack. Ingram bought his ranch in 1944 and it was often used in Western movies. He himself had bit parts in many oaters, between 1935 and 1957.

Henry Wills was an uncredited deputy. Of the rest of the supporting cast, probably the best known was stuntman Bill Coontz. He plays the chief henchman of the villain, and gets to have two fistfights with the hero. 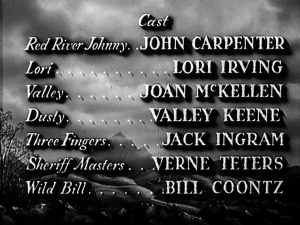 However, Ed Wood aficionados may agree with critic Joe Blevins, who said, “For Ed Wood fans, though, the most interesting names in the crew of Son of the Renegade are Harry Thomas and Bill Thompson, respectively the makeup man and cinematographer for all of Wood’s early classics, including Glen or Glenda? (1953) and Plan 9 from Outer Space (1959).” I wouldn’t really know.

As a badly-acted under-an-hour black & white picture, Son of the Renegade has all the appearance of a 1930s B-Western. Whether this was deliberate, in an attempt to recapture the magic of the second-feature oater of yore, or whether the cast and crew just couldn’t do any better isn’t quite clear. Whichever, the whole enterprise comes across as terribly dated for the 1950s.

The picture was a ‘Jack Schwarz Production’ and Jack Schwarz, who seems to have liked Johnny and given him roles, is listed as a producer, along with Johnny and Maurice Kostoff – one of only three films he produced and the only Western. Schwarz produced 34 ultra-low-budget movies, ten of which were Westerns.

The director of Son of the Renegade was Reg Browne, another nonentity – in fact this was his only feature as director, though he did helm some episodes of Judge Roy Bean, 26 Men and Cowboy G-Men.

The climactic fight is so badly staged that we have no idea who’s being shot or doing the shooting. All the characters look the same so whether they are goodies are baddies is a mystery. This was down to poor writing and direction. Someone shoots the chief villain dead, I think in a double-cross, but I wasn’t sure who.

In fact throughout the movie this is a problem. Who are all these people? There are three women who are in love with Johnny and three characters called Bill. Who they are and which side they are on is never particularly clear.

There’s an attempt to be semi-historical in that an introductory voiceover, very ‘pulp’ in its language, by some (uncredited) old guy tries for a ‘documentary’ vibe and Wild Bill Hickok (bit-part actor Ewing Miles Brown, who died in 2019 aged 97) appears in the first reel, to be outdrawn by hero Johnny. Actually, Wild Bill tries to get the drop on Johnny with a derringer, so that was good. Not only that, the derringer wasn’t one of those classic under-and-over Remington jobs but it looked very like the real .41 Williamson pocket pistols that Hickok actually had (and which Buffalo Bill copied). It doesn’t do Wild Bill any good, though. Johnny is so fast with his Colts that even a palmed derringer is no match for him. 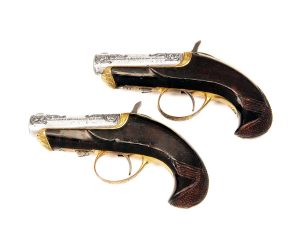 Another key character is the lawman ‘Sheriff Bat Masters’ (Verne Teters, bit-parts in three Westerns). He seems to be dead set against Johnny but comes round in the last reel.

As an example of the clumsiness of the production, Joan McKellen plays Dusty, the one who finally wins Johnny’s hand, and Valley Keene plays Valley, who perishes gallantly (with dismal acting), but the on-screen cast list credits them the other way round. As no one had ever heard of either Ms McKellen or Ms Keene, I guess it’s not that surprising.

There are many melodramatic gunfights, and many absurdly exaggerated ‘deaths’ which the word overacting doesn’t really cover. These bits may raise a wry smile from you. Or a sneer. 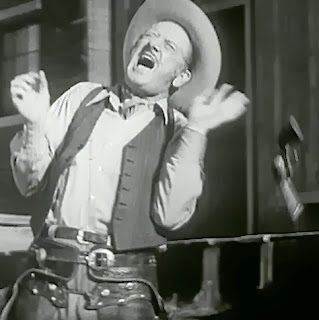 Of course the picture was ignored by the critics and sank without trace. It’s a miracle really that United Artists agreed to release it at all. History does not reveal if it made any money, though the budget being so tiny, it might have made a buck or two, maybe in mid-Western theaters or drive-ins.

Even at only 56 minutes, this Western is quite hard work to watch and you have to be determined to get to the end. 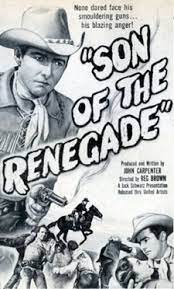